The gleaming Tokyo Tower, romantic message wall next to Harajuku Church, and colorful Christmas trees – all of these are familiar scenes for those who ever spent their Christmas holidays in Tokyo. Taipei Rapid Transit Corporation (TRTC) is proud to announce that the 2020 Taipei Exit Music Festival will bring these shimmering landscapes to Taipei!

Between November 21 and February 28, the Zhongshan Linear Park will recreate the illuminated Christmas scenes from Tokyo to Taiwan, right between MRT Zhongshan Station and MRT Shuanglian Station. Furthermore, a major concert featuring music heavyweights and stars will take place at Jazz Plaza on November 21 and 22. Performers including the Golden Melody winner Wawa Wei and singer Chih Siou will also join this grand event. 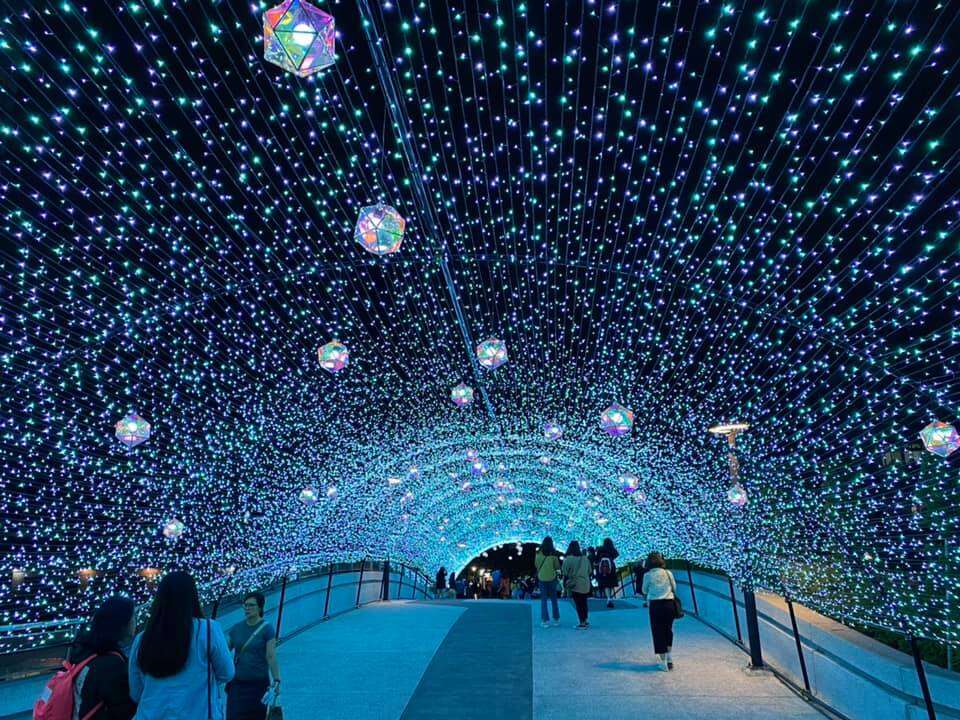 From December 19 to 27, the well-known Tokyo department store “atre” will also organize a fair to create an exotic atmosphere in the park. Furthermore, based on the idea of “Tokyo Takeout”, the organizers have invited the well-known Japanese bakeries “Butter Butler” and “Le Boulanger de Monge” to set up a booth at the fair. The characteristic Japanese food stands “Yatai” that are often seen on the Holy Day “Ennichi” will also be “taken out” and presented at the fair. You can enjoy the Japanese delicacies, such as tamagoyaki (egg roll) and taiyaki (fish-shaped cakes), at the fair every afternoon during the fair period.

Moreover, the hourly Yo-kai Watch parade formed by famous characters of this cartoon will take place between 3 pm and 6 pm on November 21 and 22 at the Zhongshan Linear Park to delight the young fans. A series of Japanese performances ranging from traditional dance to Taiko will also bring the authentic Japanese performance to the visitors.

Apart from celebrated performing artists, TRTC also collaborates with Kawai Piano to hold a Future Talent Concert at Sunlight Lobby of MRT Daan Park Station on December 19 to decorate the halls of metro station with the elegant classic music.