The early immigrants to Taiwan purchased deity statues, which were the images based on their hometown beliefs and rituals. This started the development of deity statue sculpturing in Taiwan at Section 1 of Xiyuan Road next to Longshan Temple.

Next to Longshan Temple, the short block along Section 1 of Xiyuan Road between Guangzhou Street and Guilin Street is Taiwan’s best-known Buddhist Article Street. Other than deity statues, the stores also sell related products such as the altar table, benches for incense burners, and lamps. 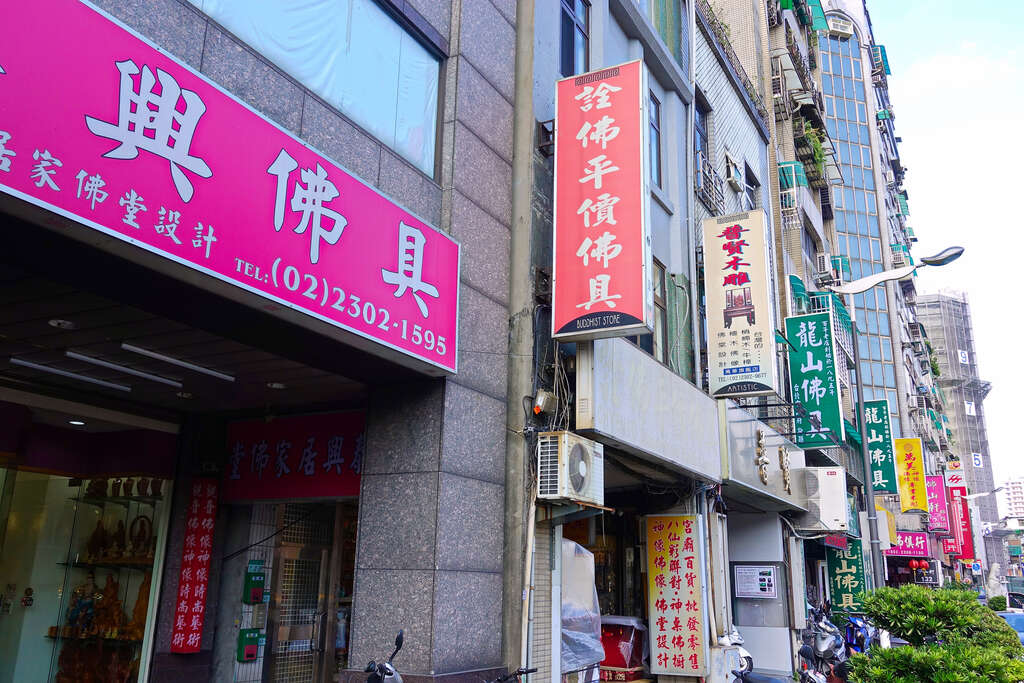