Established in 1952, the Grand Hotel is a 14-story palatial building towering on the hillside of Yuanshan and surrounded by Keelung River in the front, Mt. Yangmingshan in the back, Songshan to the east and Tamsui to the west. With its signature red columns and golden roof, the hotel’s magnificent exterior presents a sumptuously classic ambiance that reflects the beauty of traditional Chinese arts. The hotel is one of Taipei City’s world-renowned landmarks, and also the premium choice for travel accommodation or business conferences for people worldwide.

The beauty of the Grand Hotel comes from its stately Chinese-style structures and splendid classic setting; the mystique of the hotel lies in its legendary, historic significance and the rumor about a secret underground passageway; one can chalk the hotel’s otherworldly serenity to its great location, adjacent to a scenic belt away from the urban bustle.

The century-old golden dragons
The bronze dragons were initially desgined statues guarding the entrance to Taiwan Jinjia (built in 1901 in the style of a Japanese Shinto shrine). They were carefully preserved during re-constructions of the Grand Hotel, to be later perfectly displayed in the hotel’s Gold Dragon Restaurant; the dragons were accentuated with 24-karat gold plating as part of the hotel’s renovation efforts in 1987. It is worth noting that these dragons have three claws only, compared to the four or five claws on dragons depicted in traditional Chinese paintings.

Plum-flower caisson ceiling
On the center of the hotel lobby’s ceiling is a plum blossom-shaped caisson, with five golden dragons encircling a pearl, suggesting the “Five Blessings.” Inspired by the Chinese pronunciation of “3” sounding like “rise” and the number 16 plus the large plum blossom, the 23 golden dragons and 16 phoenixes in the caisson were deliberately designed to signify rising to prominence and continuous profits, respectively. The caisson ceiling is also a profound traditional symbol of prosperity, represented by the dragons and phoenixes.

Glass doors of the hotel lobby
The gigantic, yet gracefully symmetrical, floor-to-ceiling glass doors of the lobby serve as the front entrance of The Grand Hotel. Look closely, and you will see six ancient Chinese characters signifying “Long Live the Republic of China”, hidden under the decorative patterns. The creativity of the design and how times have changed are surely impressive, considering the historical background of the hotel.

Stone tablet
Erected at the beginning of a stone staircase leading to the arched entrance is a giant stone tablet inscribed with the cursive-style characters “Jian-Tan-Sheng-Ji”. After verification from various sources, the words depicted in the free-flowing and powerful calligraphic work of the late politician Yu You-ren, are believed to mean that the Yuanshan area is sanctified, which offers an explanation for the Grand Hotel remaining popular and revered over the past century. 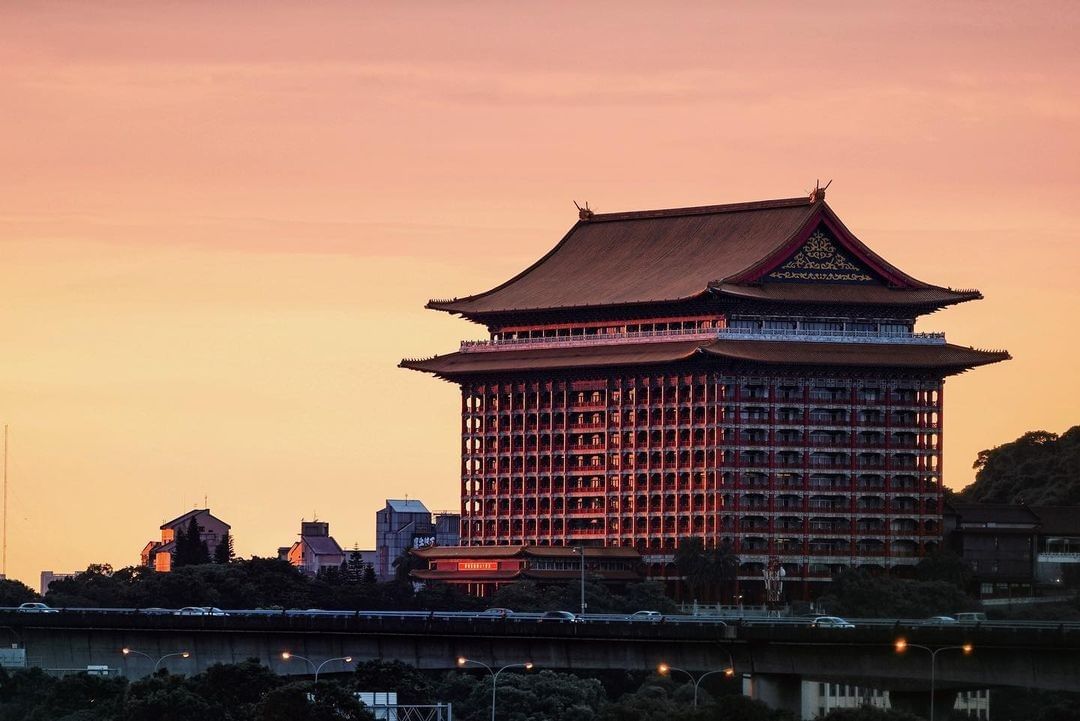 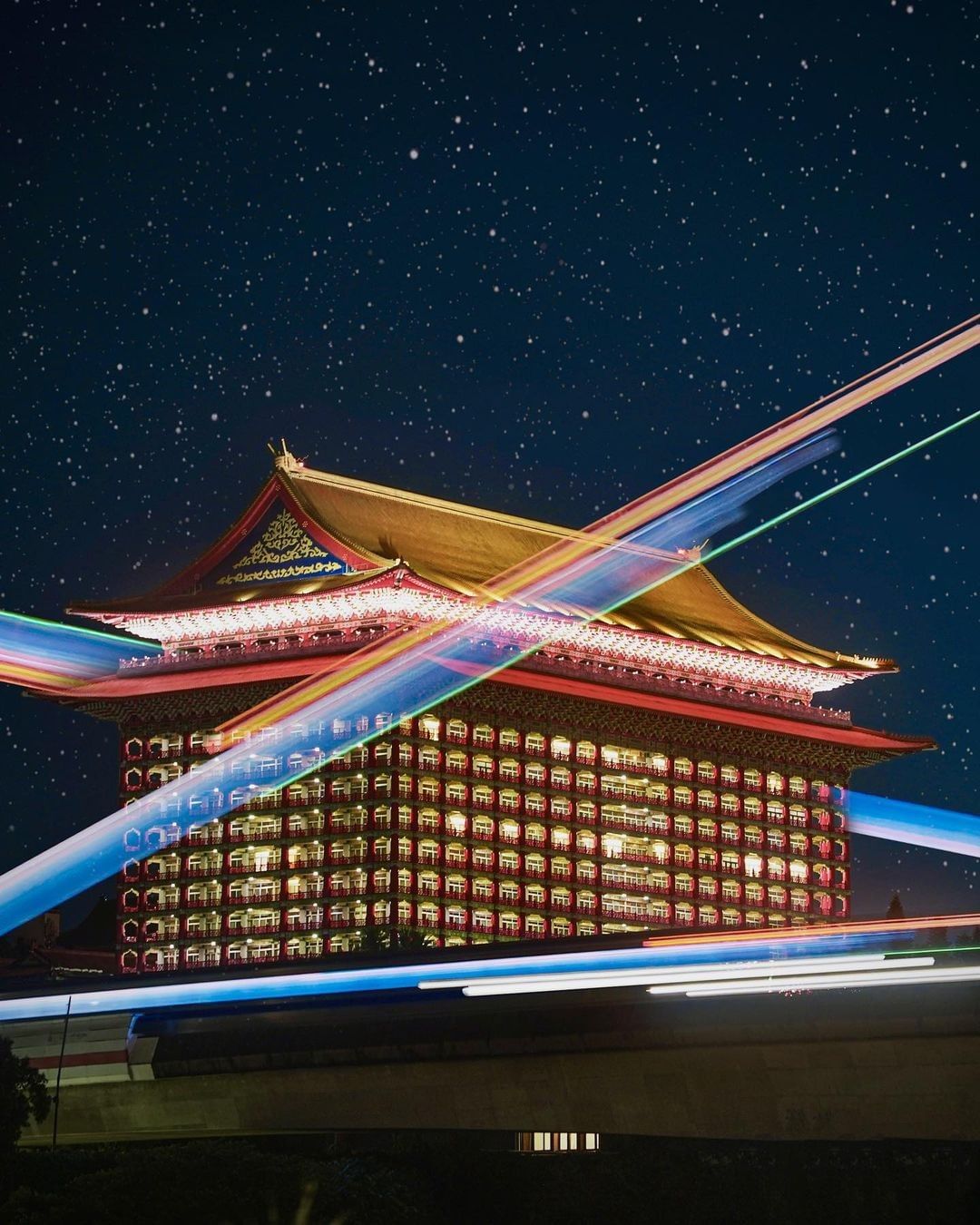 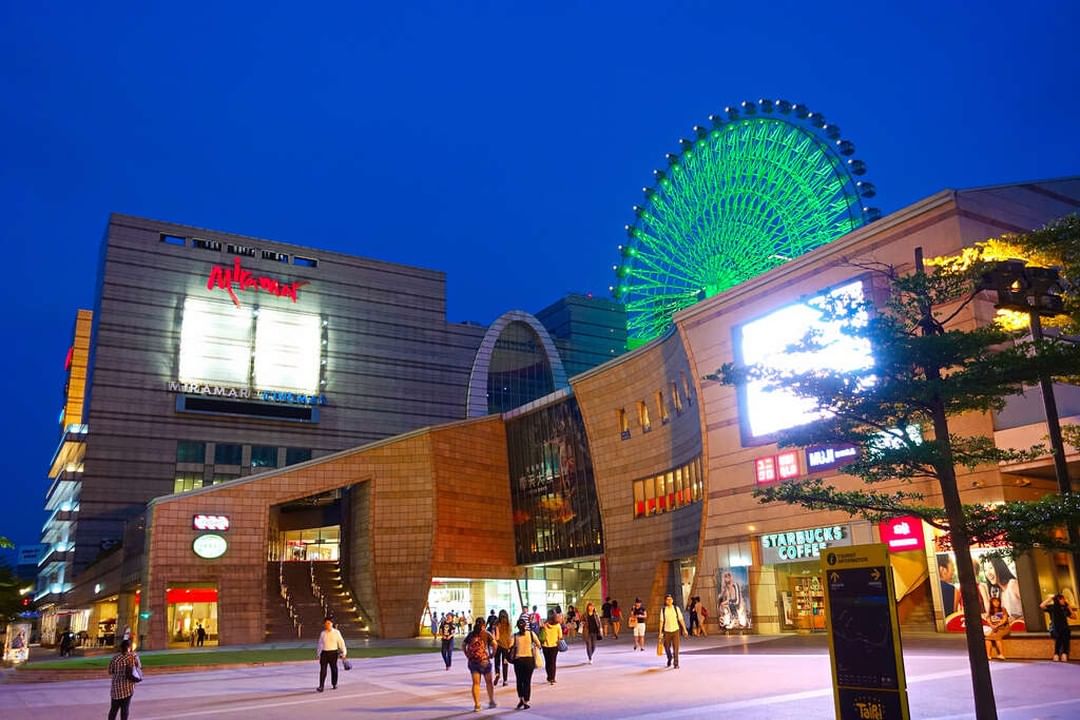 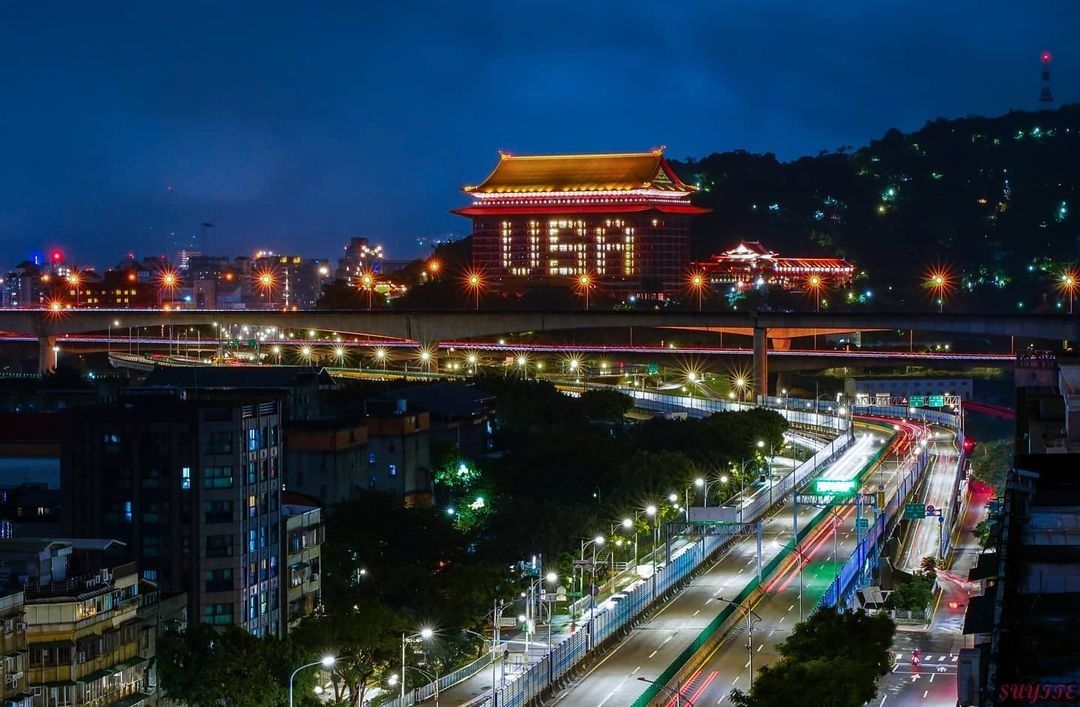