【One Day Trip】Riding the Rainbow

First held in 2003, the Taiwan Pride Parade is currently the largest pride parade in Asia and attracts many LGBT individuals and tourists to Taipei City for the annual autumn event. The parade in October 2016 included over 80,000 participants, and the Representatives from Australia, Austria, Belgium, Canada, France, the Netherlands, New Zealand, the UK and the EU also took part in this grand event.

In May 2017, the Grand Justices responded to a petition from the Taipei City Government for constitutional interpretation on the issue of same-sex marriage and ruled that barring gay couples from marrying violated the constitution. This makes Taiwan the first country in Asia to actually enshrine in law the right of same-sex couples to marry, marking a huge step forward for LGBT rights movements in Taiwan.

In addition to being the season for Asia’s largest pride parade, autumn is also the perfect time to visit other popular haunts for the LGBT community in Taipei. Located around Ximending and Gongguan, here are some of the most significant venues: Located between the Presidential Office Building (a national historical site that was formerly the Office of the Governor­General during the Japanese Colonial Period) and Jingfu Gate (also a national historical site and previously the eastern gate of Taipei City during the Qing Dynasty), Ketagalan Boulevard has always been a popular venue for social movements and protests. It is also the meet-up location and starting point for the Pride Parade. Significant locations such as 228 Peace Park (formerly New Park), Changde Street, and Ximending are also nearby. Once these places were sites of slander and repression of LGBT groups; now they have become public platforms where LGBT individuals gather and fight for equal rights. 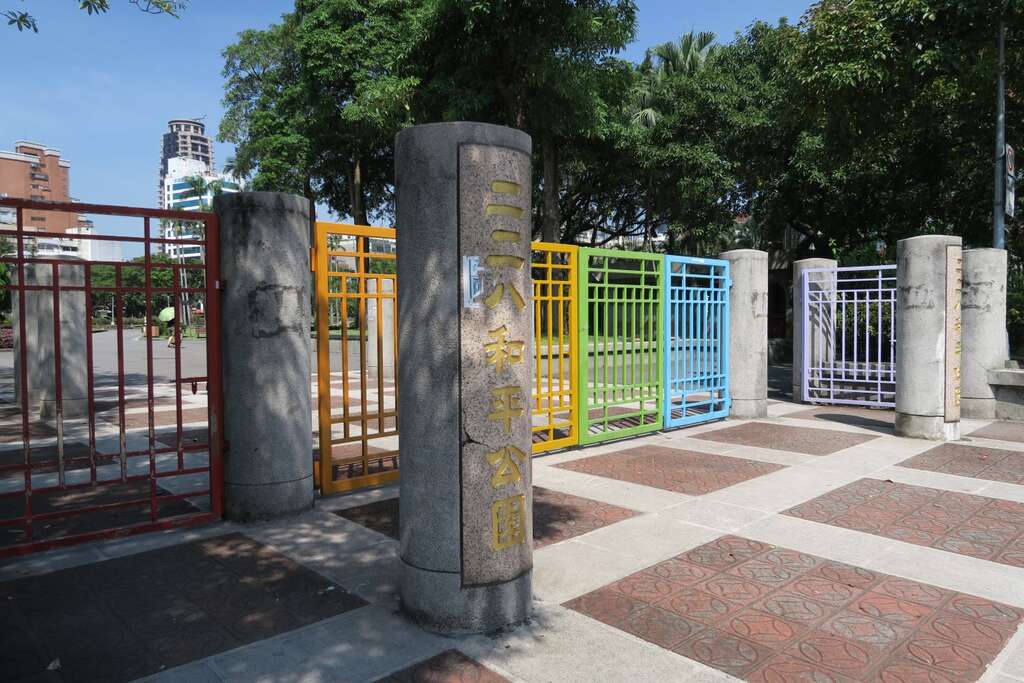 Since the Japanese Colonial Period, 228 Peace Park (known as New Park until 1996) has been closely associated with gay people and gay sex and constantly mentioned in print media. In a 1932 novel published by Police Time newspaper about a policeman who was propositioned by another man in the park. A reader’s letter to a newspaper in 1959 complained that “New Park has become a semi-public male whorehouse”. In a 1961 novel by famous author Pai Hsien-yung, a high school student flees the park when he is accosted by a man, and the homosexual theme is continued in Crystal Boys, another novel by this author, published in 1969, in which the protagonist has become one of those who roam the park and now watch the gay community and their life from their point of view.

In October 2016, the Taipei City government responded to a proposal by the Committee of Women’s Rights Promotion and built at the park gate the “Rainbow Landscape”—the first LGBT-related structure built by the public sector in Taiwan. The six-coloured rainbow symbolizes equal rights for LGBT individuals and promotes gender equality at this meaningful site. This park has been a spiritual beacon for gay men and a landmark in classic gay literature for decades, and now has become a cultural landmark showing Taipei’s inclusiveness of all genders.

■ Changde Street – The Street of Oppression

Changde Street is located on the east side of 228 Peace Park and in front of the old Taiwan University Hospital building. Because of its location, gay men used to gather here after the park closed at night. At midnight on July 30, 1997, in what was later known as the “Changde Street Incident”, a group of gay men were subjected to a police spot-check, had their ID cards confiscated and were taken to the police station. This street that once saw the oppression of gay men now reminds us that authority must not be abused and citizens should fight for their rights. Near the end of the 1990s, the theatre went out of business and was closed down. In 2000, a fire broke out and burnt down nearby buildings. The Taipei City government then launched an urban renewal project to renovate the shopping district and plaza. In 2006, the gay café Bear Bar, which caters to “bears”, opened in the south plaza. Many gay bars and restaurants soon followed. The Red House plaza has now become the most famous and popular gay shopping district in Taipei. GinGin Store, the first lesbian-themed bookshop in Taiwan, opened at Gongguan in 1998. The owner set up the space in response to hostility towards LGBT communities. An art gallery opened next door and a café opened across the road the following year. This area has attracted more LGBT-friendly stores, including Love Boat Shop, which focuses on lesbian social life and culture (books, fortune-telling and aromatherapy). In 2000, Taiwan Tongzhi (LGBT) Hotline Association, GinGin Store and Jailhouse Pub collaborated with neighbouring businesses, bookstores and organizations to jointly promote the “Rainbow Community in Gonguan” project, which garnered a lot of publicity. This area has since become the base for Taiwan LGBT movements.

While gay men had haunts such as the Red House and Ximen Sauna, lesbians had fewer public places where they could gather and socialize. It was not until the 1960s that, under the influence of American culture, avant-garde spaces like Yeren Café began to pop up. T BAR, which was exclusively for lesbians, opened in the late 1970s at a time when Zhongshan North Road was a hotspot for lesbians. This was where newcomers were introduced to the community and given information. In 1992 and 1998, journalists sneaked into the bar and covertly filmed the patrons, leading to the closure of the bar. Other famous T bars in Taipei include Jailhouse Pub (permanently closed), and TABOO.