As a part of Taipei’s city promotion campaign, the Department of Information and Tourism (TPEDOIT) is collaborating with Japan’s FamilyMart convenience store chain to introduce lychee-flavored ice cream bars to Japanese consumers.

The lychee-flavored ice cream bars are made from shredded lychee ice and jelly wrapped by a layer of coconut milk on the outside. The sweet and sour taste of the ice cream bar offers a refreshing ice treat for fending off the hot summer weather. The packaging of the product features Taipei 101 and Taipei’s city flower – rhododendron.

The ice cream bars are available at 17,000 convenience stores across Japan starting September 19, including FamilyMart, CircleK, and Sunkus. The limited-duration merchandise received widespread acclaim on the Internet in only a few days, helping to promote Taipei.

Furthermore, TPEDOIT will also participate in the upcoming Tourism EXPO Japan 2017 between September 22 and 24, as well as road show events at Yurakucho Station in Tokyo and Sakuragicho in Yokohama. At the respective booths, individuals who fill out questionnaires will receive free Nin Jiom throat herbal candies as well as a chance to enter raffle offering round trip tickets from Japan to Taipei. 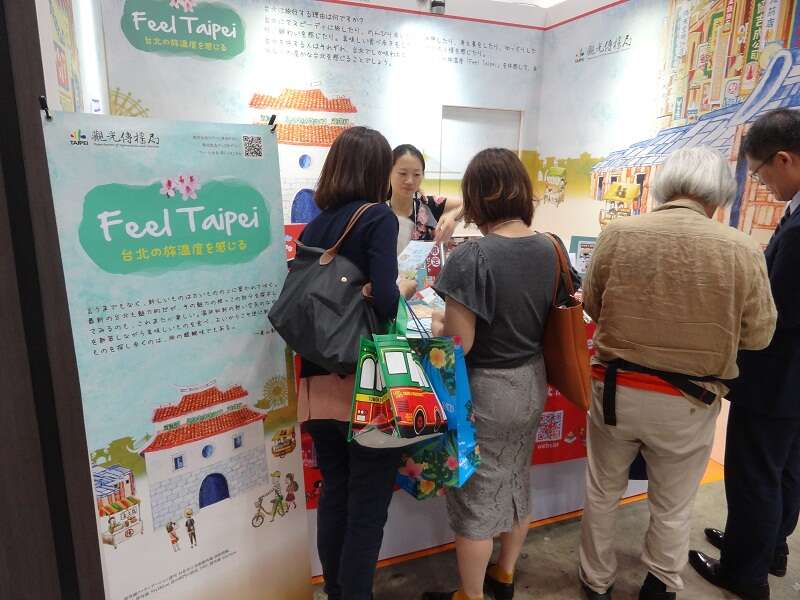