The 2018 CKS Shilin Residence Tulip Show will take place at the western-style garden abode of the late President Chiang Kai-shek between February 13 and March 28.

As a warmup activity offering a preview of the flowers, the public are invited to visit the outdoor area next to the north entrance of City Hall, where a pair of installations standing in a sea of tulips arranged by the Parks and Street Lights Office (PSLO) will be on display for two weeks. 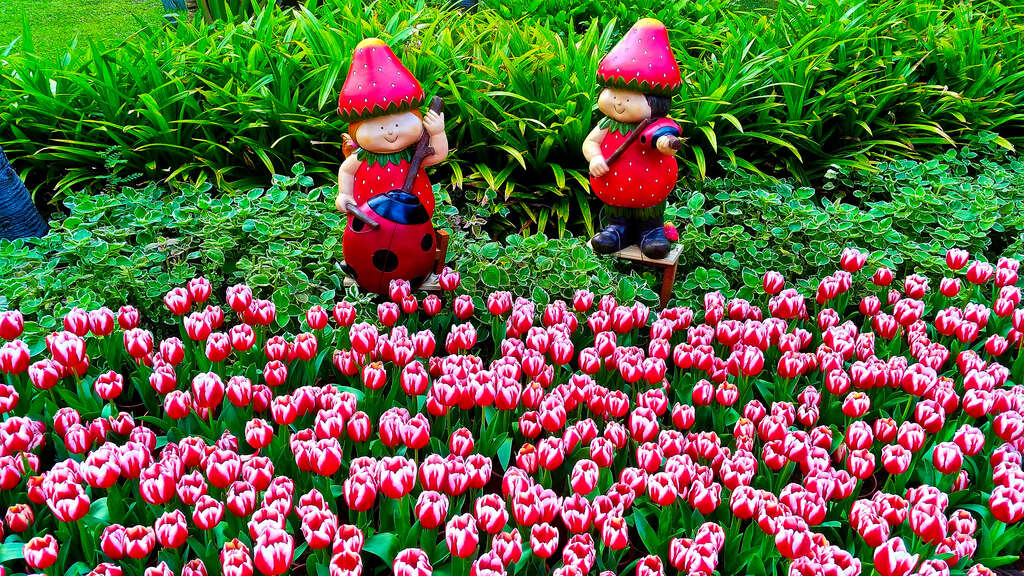 According to PSLO, the tulip is the national flower of the Netherlands. The Keukenhof Garden in the Low Countries is well-known for its spectacular seas of tulips.

Boasting nearly 20 varieties of tulips and hyacinths varying in color and shape, the CKS Shilin Residence Tulip Show will feature countryside elements inspired by Dutch culture, including windmills and wooden shoes. The showcase promises to become a tourist attraction for the upcoming Chinese New Year Holiday.

Nangang Park Management Division Director Chang pointed out that the tulip falls in to the category of bulbous flower, which normally blooms in winter and spring when temperatures are low. The plant comes in a wide range of colors spanning red, white, purple, pink, and yellow. The dual-color species is also a favorite among flower enthusiasts. 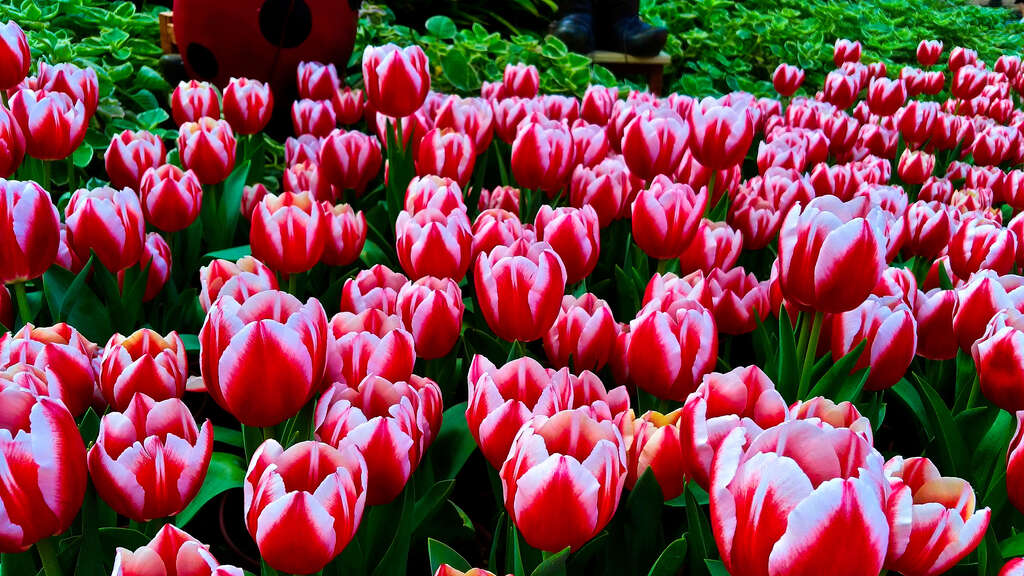