Guam, a sister city of Taipei, has been invited to attend the Taipei Lantern Festival for the first time in 2020. Guam Visitors Bureau Taiwan Representative Yen Shu-Fen expressed that he is glad to participate in the Taipei Lantern Festival. The territory's first exhibition draws upon the theme of The Beautiful Legend of Guam to present the indigenous Chamorro culture, hoping to let the citizens of Taipei and Guam understand and interact with each other through the Taipei Lantern Festival and enrich their sister city relationship. Furthermore, the people of Taiwan will be able to gain insight into Guam's history by admiring the lanterns, and it is hoped that Guam can partake in more international events such as this in Taipei. 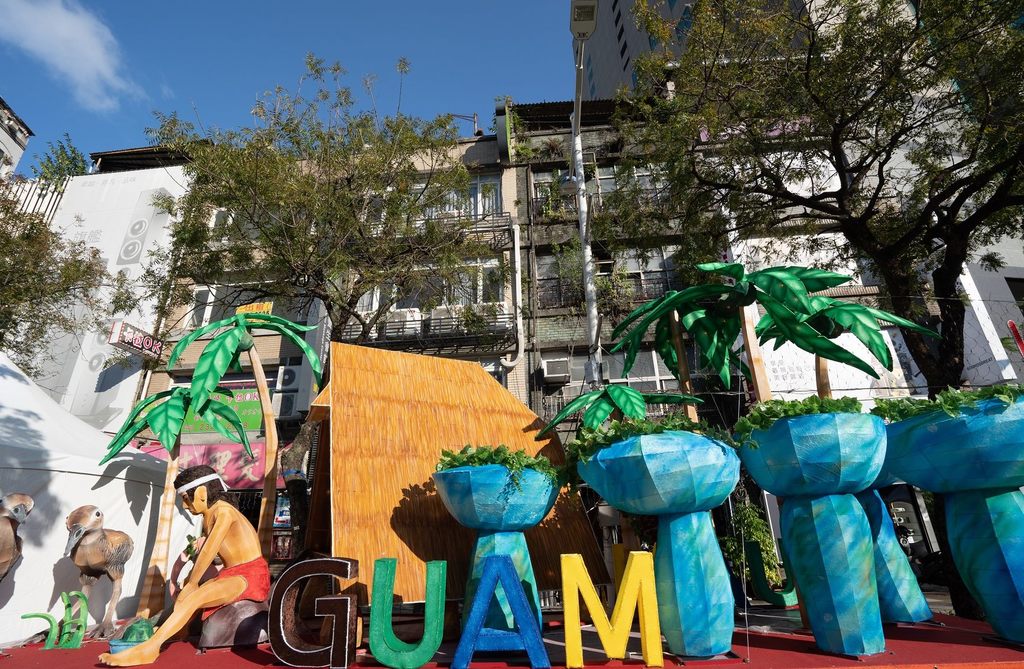 At the Beautiful Legend of Guam lantern, visitors will be able to see Guam's beautiful female God of Creation Fu’una. The Chamorro are the indigenous people of Guam, and the Latte Stone is the icon of Chamorro culture; used by the Chamorro people as the foundation of the house, these ancient stone pillars symbolize their tenacity and pride. Guam and Taipei City became sister cities in 1973, and 47 years later Lou Leon Guerrero was elected as the first female governor of Guam. Only a 4-hour flight away from Taiwan, Guam is a US territory situated in the heart of the Western Pacific Ocean. In 2020, it is attending the Taipei Lantern Festival for the first time, where unique Guam-themed lanterns are produced to let the Taiwanese people appreciate the Chamorro culture and the island that exudes passion, history, and culture!

Yen commented that it is hoped to celebrate and to strengthen the bond between the 2 cities by participating in such international events, and she also extended her invitation to the people of Taiwan to visit Guam after viewing The Beautiful Legend of Guam. In addition to witnessing the exotic demeanor of the magnificent island, they will also experience the warm hospitality and local culture of Guam.

Taipei City Deputy Secretary-General Chien Che-Hung pointed out that as an international metropolis, Taipei City has endeavored to become sister cities with various international cities in order to step up efforts in bilateral interactions in culture and other areas. Recently, Taipei City and prominent European city Prague became sister cities. As a sister city of Taipei for over 47 years, Guam has always been one of the preferred holiday destinations of Taiwanese citizens, and the unique Beautiful Legend of Guam lantern will facilitate cultural awareness and interactions between the 2 countries. In the future, Taipei City Government will continue to invite Guam to join the Taipei Lantern Festival to bring stunning lanterns to the city.

The 2020 Taipei Lantern Festival will be held from February 8 to 16 at Ximen and Nangang in the East and West District of Taipei City. The Beautiful Legend of Guam from the US can be found on the east side of Zhonghua Rd. (located at the intersection of Section 1, Zhonghua Road and Section 1, Hankou Street towards the direction of Kaifeng St.). For more details pertaining to the 2020 Taipei Lantern Festival, please refer to the official website.