Visit Dadaocheng Park and Learn More about the Neighborhood’s History

In recent years, Taipei City Government has been working on the construction of a “city museum without walls” to stimulate people’s imagination of an urban environment by merging both tangible and intangible cultural heritages. For the upcoming Chinese New Year holiday, why not take a short trip to the area by starting off with the Dadaocheng Park as the gateway to the city museum of the historical neighborhood?

The early settlements in Taipei were located around the old neighborhood of Bangka. However, following armed conflicts involving competing immigrant from different parts of China, the defeated group from Quanzhou fled to Dadaocheng to rebuild their community. Gradually, the neighborhood evolved into a thriving commercial district known for its dried goods trade. The name of their new home came from the massive fields used for sun-drying grains in the old days.

Today, the historical neighborhood has limited parking space, so first-time visitors are encouraged to take advantage of the underground parking lot under Dadaocheng Park. You can visit the park first to study the history of the neighborhood and then proceed to the Dihua Commercial District nearby.

The Dadaocheng Park is also called the Lee Lin-chiu Memorial Park. Named after the 20th century Taiwanese songwriter who wrote popular pieces such as Craving for the Spring Breeze and A Red Egg, the city government set up a status of Lee inside the park in 2009 to commemorate the renowned resident of Dadaocheng. 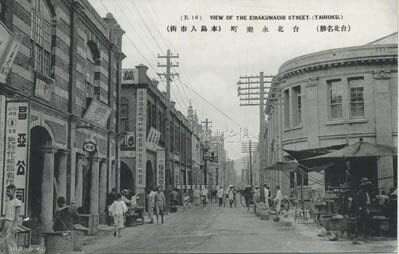 With the opening up of Tamsui as a port for international trade in 1860, foreign merchants arrive in Taiwan and set up their homes in Dadaocheng. These new comers have a significant impact upon local culture, resulting in baroque-style buildings and new ones which show a mix of western and oriental elements in the area. Even today, the neighborhood continues to attract entrepreneurs specializing in businesses related to cultural creativity and innovation.

The well-known Xiahai Temple of the City God is located on Dihua Street. It is one of the three major temples of Dadaocheng, alongside with Dadaocheng Cisheng Temple and Fazhugong Temple. It receives an overwhelming number of female visitors from Taiwan and abroad who come here to offer their prayers to the Old Man under the Moon, asking for love and marriage. 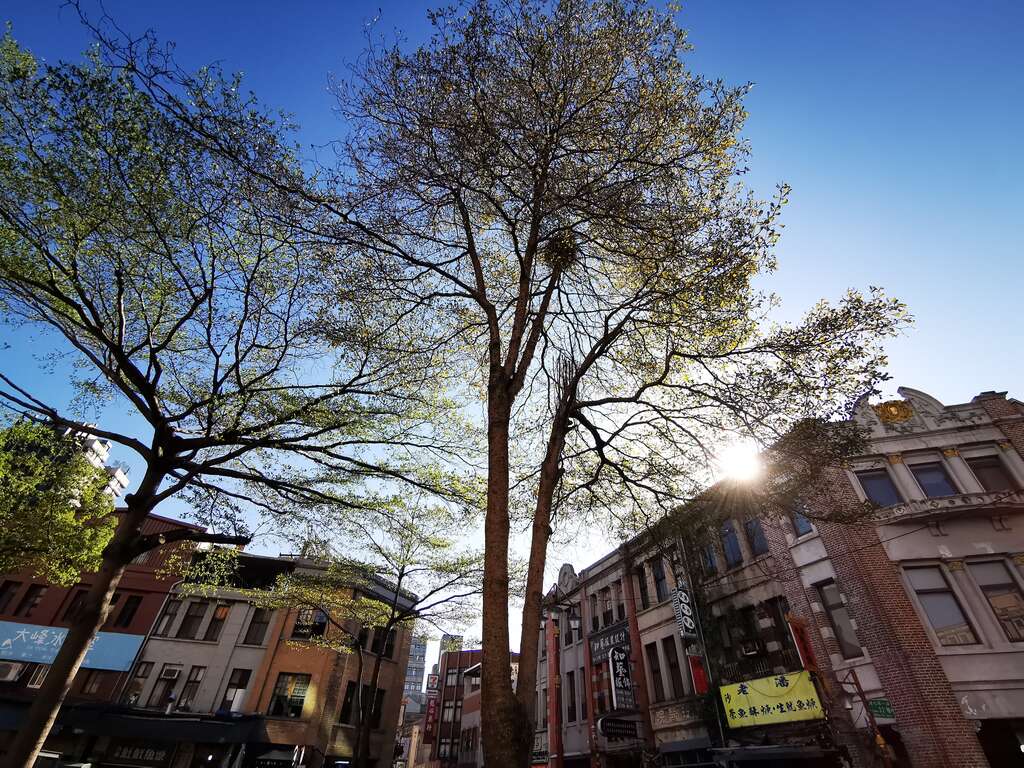 Right across from the temple, the Yongle Market is one of the best places to go to look for colorful textile and clothing materials. Founded in 1908 as the Public Eirakucho Food and Beverage Retail Market, it quickly became an import and wholesale center for branded textile from Japan. After Taiwan’s retrocession, it expanded to become Taiwan’s largest textile wholesale and retail center. 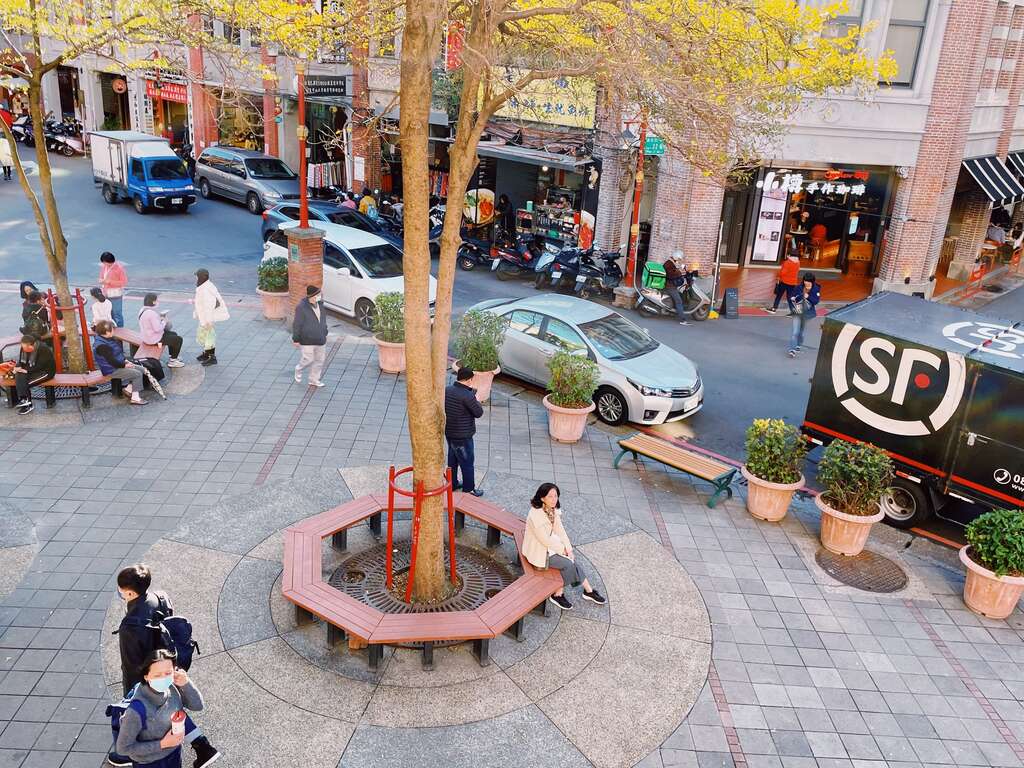 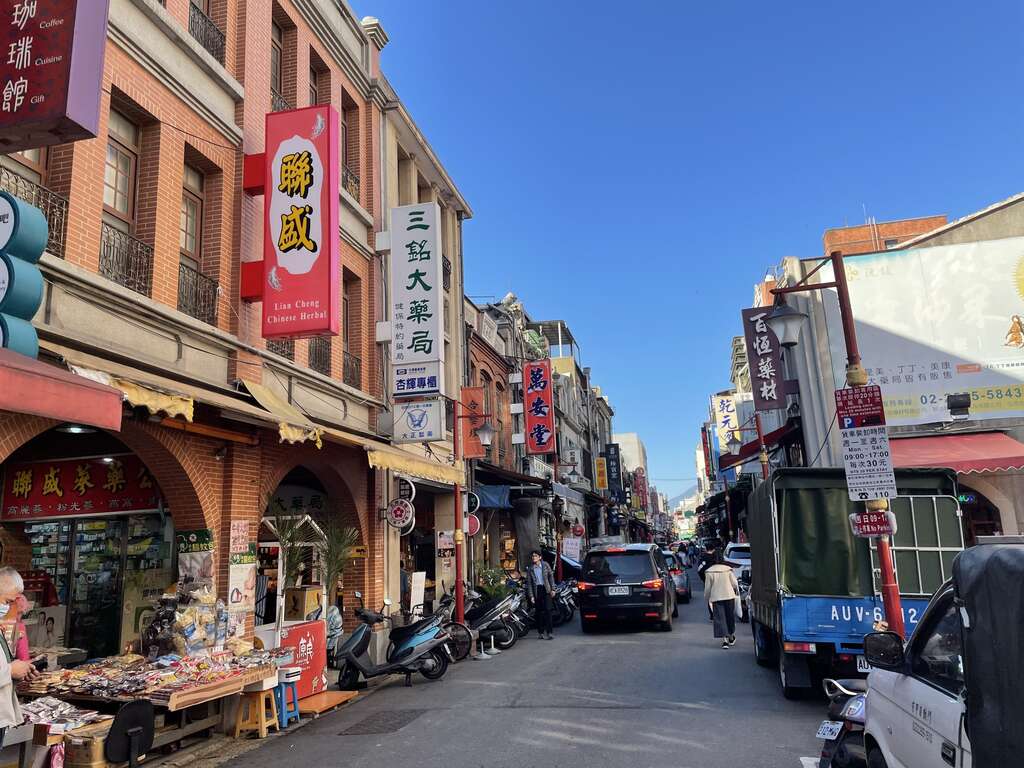