The Department of Cultural Affairs (DOCA) integrated the 4DViews technology to upgrade the tour experience offered at the Wei-shui Station!

The agency collaborated with the Taiwan Creative Content Agency (TAICCA) to film a series of “4DViews Chiang Wei-shui Clips” by adopting the aforementioned knowhow to recreate a standing, 3D full-body presentation of Chiang Wei-shui at the cultural facility in Dadaocheng. The project also commemorates the centennial of the Taiwan Cultural Association established by Chiang.

In recent years, the city government has been working on the concept of creating wall-less museums to highlight the urban living environment while strengthening the cultural and human aspects to uncover the city’s less-obvious characteristics. The Wei-shui Station is one of these endeavors, established right next to the site of the former Daan Hospital, a clinic founded by Chiang himself. The building housing the station used to be the General Circulation Office of Taiwan Minpo, which served as a solid foundation of Chiang’s Taiwan New Cultural Movement. The “Hello, Wei-shui” permeant exhibition inside the Wei-shui Station introduces visitors to the life and achievements of the political pioneer.

The “4DViews Chiang Wei-shui Clips” is the collaboration between DOCA and TAICCA. The 4DViews Volumetric Capture studio under TAICCA utilizes the latest 3D video capture technology in the world. Surrounded by four green screens, the filming process employs 32 camera sets to capture the entire 360-degree of the filmed subject. Currently, only Japan and Taiwan have studios outfitted with this system. 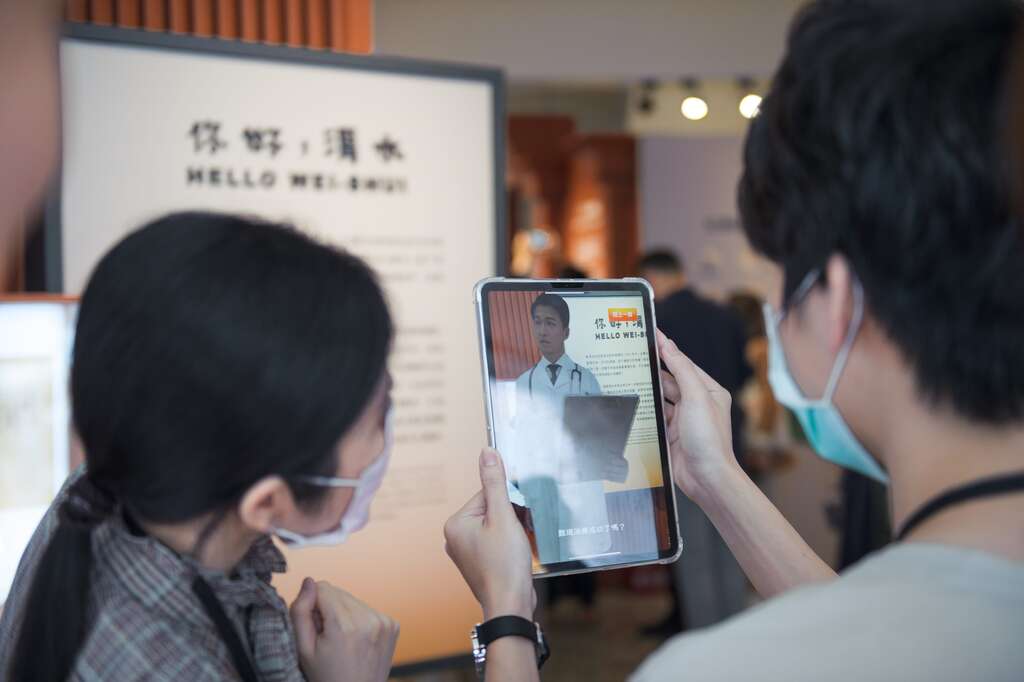 For the special footage at Wei-shui Station, the agency invited Doctor Chiang Pao-chiang to play the role of his great grandfather. The short clips can be accessed through an app at 5 different locations across the permeant exhibition at the facility. By accessing the app through his or her tablet, visitors will be able to listen to the “virtual” Chiang Wei-shui as he recounts the story of his life while they explore the facility.

More details are available on the Chinese Facebook fan page of Wei-shui Station and the fan page of DOCA .