The 3 sessions of CTalk, the international online forum hosted by Taipei City Government, engaged 17 governmental and industry experts from across 11 countries. The discussion unveiled cities’ smart application of digital technologies in the pandemic prevention strategies and measures and how they accelerate the development of smart city in different countries. Taipei City is devoted to driving forth the digital transformation of smarter Taipei. LU Hsin-ke, Commissioner of Department of Information Technology of Taipei City, said that the Department’s main mission in the post-pandemic era is to strengthen the digital infrastructure in the city, providing residents and business with effective digital resources. In the conference, WU Hsin-Pei, Deputy Commissioner of Department of Economic Development of Taipei City, pointed out that the Department of Economic Development has been actively dedicated to undertaking the mission in accordance with the “Taipei City's Action Plan for Digital Transformation of Industries in the Post-Pandemic Era” white paper issued by Taipei City Government in February. 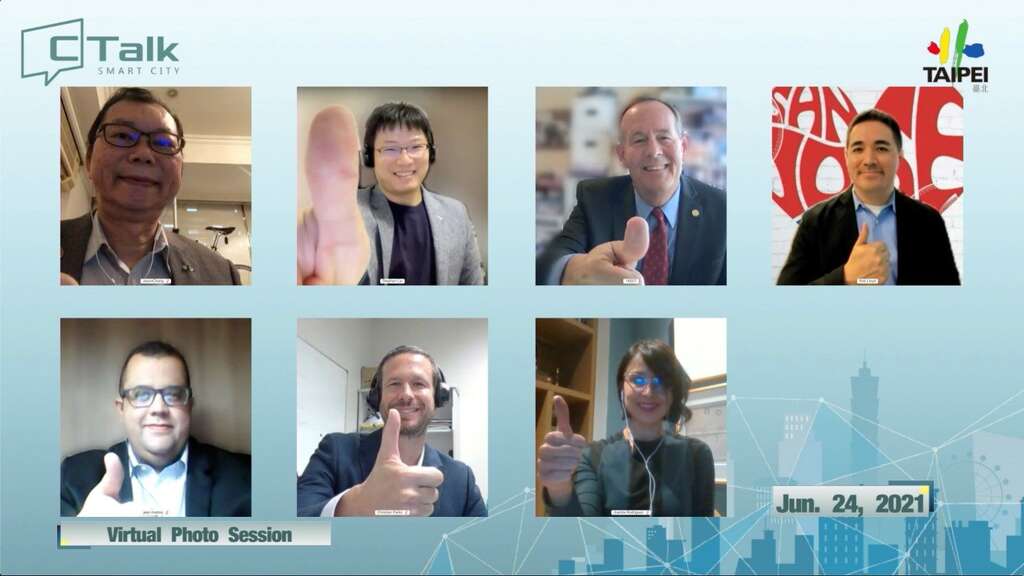 Taipei City Government hosted two landmark international events for Smart City Summit & Expo – Smart City Mayors’ Summit and CTalk. With its well-established global reputation, the former attracts city leaders worldwide to take part every year, and was held this March in a hybrid form. The latter is a city forum for local government officials and industry stakeholders from around the world. Due to the pandemic, CTalk was conducted online in the form of three consecutive sessions lasting from Jun. 22nd through 24th this year, with one session on Innovation, and the other two focusing on E-governance. In total, 17 city representatives participated in the event.

Commissioner LU stated in the forum that Taipei City launched TaipeiPASS, which integrates all city services with people’s ID cards as a single and mobile portal for citizens. Its four applications include Card Integration (KYC), Integrated Services, Bill Payment, and Store Discounts. The application has won awards such as the 2021 iF Design Award and the 2021 IDC Smart City Asia Pacific Awards. During the pandemic, TaipeiPASS event supports the real-name registration scan for government’s Case Investigation and Contact-tracing mechanism, In addition, Taipei’s COVID 19 Data Integration Dashboard fully integrates the pandemic information in infographics as a reference for the city’s policy-makers.

Deputy Commissioner WU stressed that the new normal for virtual economy covers four aspects: cashless payment, working from home, distance learning, and real-time online sharing. Taipei City Government is ready to carry out more policies related to contactless services, digital talent incubation, and more, while digital transformation has become a priority. Under the leadership of the public sector, digitalization is expected to be carried on from internal to external, as well as from public to private, so that businesses and citizens will embrace the future’s “New Normal” in an advanced city. 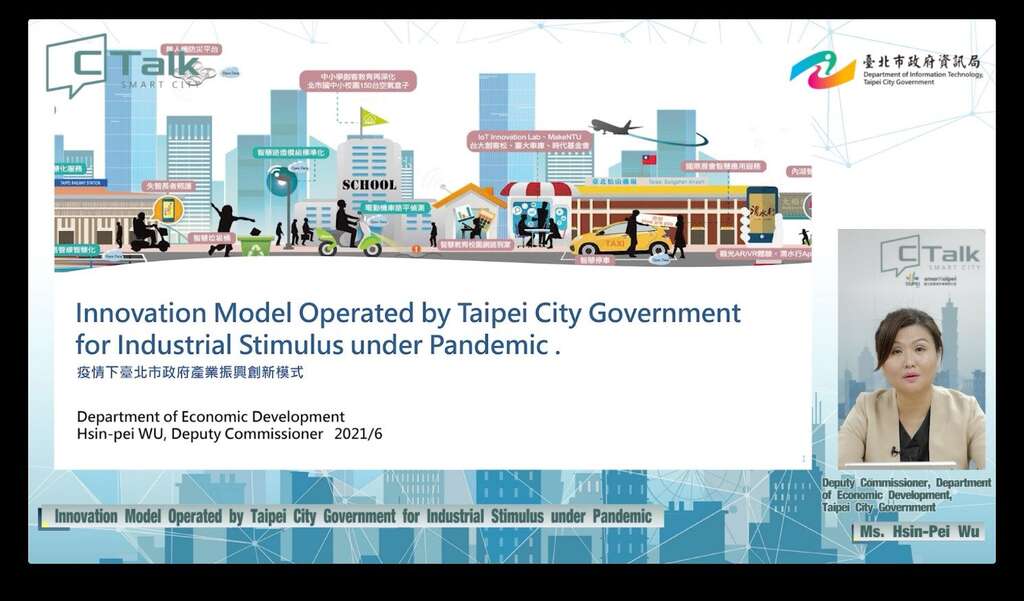 Director Lee Chen-Yu of Taipei Smart City Project Management Office (TPMO) stated that Taipei City has been devoted to building a smart city by setting up the affiliated agency and launching partnerships among public and private sectors to bring people’s innovation into the city as a living lab. Last year, it formulated the “1-plus-7 framework”. With "Smart government" at its core, the new strategy covers "smart building", "smart transportation", "smart education", "smart healthcare", "smart security", "smart environment", and "smart economy”. The expertise of the team focuses on evaluating the city’s needs, while the framework enables further actions in policy-making and accelerating Taipei’s smart city development.

Rob Lloyd, CIO of San Jose, mentioned that in the face of the pandemic, San Jose is adopting digital first strategy, initiating digitalization of public services, building a hybrid public administration environment, building up people’s IT capability, strengthening citizens’ engagement in public affairs, and erecting a bridge for the people, policies, and service delivery via smart technologies. Ramazan KABASAKAL, Head of Foreign Relations Department of Ankara Metropolitan Municipality in Turkey, emphasized that during the pandemic, 10 GB of Mobile Internet support was successfully provided by the city government to more than 30.000 students in the form of free internet services for 914 villages, helping them secure their education opportunities.

Jean Mattos Duarte, Deputy Commissioner of Belo Horizonte City Hall in Brazil, also emphasized that the pandemic presents an opportunity to upgrade public services. The city quickly responded by integrating public electronic register system for low-income families to obtain support in food, living expenses, and even online medical appointment. Meanwhile, the city is keen to speed up its digitalization of public services by launching 100 kinds of services online within the past year, which demonstrated its astonishing efficiency.
(The summaries for the three sessions are included in the attachment)