To strengthen promotion for the coffee industry, the Taipei City Office of Commerce (TCOOC) teamed up with the Taiwan Coffee Association to organize the online 2021 Taipei International Coffee Fest between October 1 and November 15. Deputy Mayor Huang Shan-shan presided over the press conference for the festival at POPOP Taipei in Nangang on October 4. 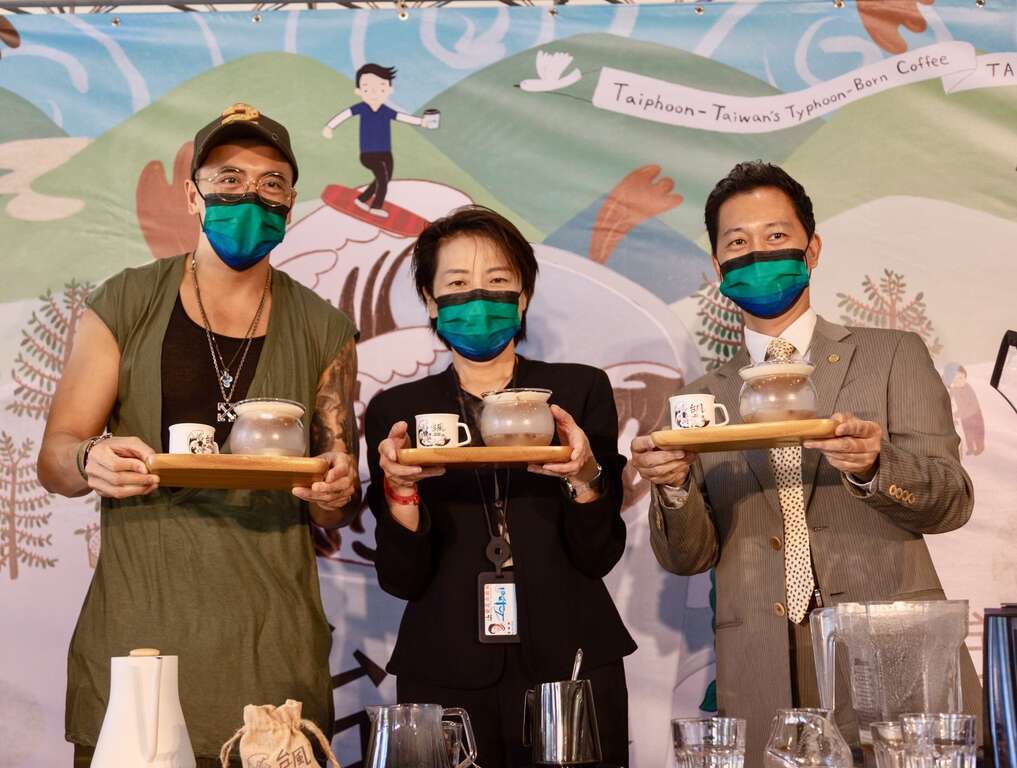 During the press event, the deputy mayor demonstrated brewing coffee before the media. In light of the pandemic, the most of the activities this year have been moved online, including online coffee expo, online coffee market, and more. Journalists at the press conference had a taste of coffee blends from various local coffee shops.

Huang remarked that Taipei is a city where the smell of coffee is in the air. It has been ranked by US and UK medias as one of the six global coffee cities, as well as being the sole city in Asia to win this honor. The city government has always been supportive of the coffee industry, joining forces with local players to organize events such as seminars, contests, fairs, and festivals.

To boost business amidst the pandemic, city hall invested NT$597 million to issue 1.1 million Bravo vouchers, which could be used for a variety of economic activities spanning hotels, dining, performances, sports, and more. The results of the Bravo voucher raffle will be announced on October 8, which we hope will attract more people to visit and shop in Taipei City.

Taiwan Coffee Association pointed out that the Coffee Fest is in its fifth year. Due to the pandemic, local coffee businesses have allocated more time to improving the quality of Taiwan’s domestic coffee, as well as strengthening connection between shops and local coffee growers. A total of 30 coffee shops have collaborated to hold the online exhibition and offer deals. There will also be two online seminars during the festival – “100 Tastes of Alishan Coffee” and “Merging Coffee and Tea Cultures.”

For more information, please visit the Chinese website of the Taipei International Coffee Fest  or the Facebook fan page of TCOOC .