The Hakka Affairs Commission (HAC) organized a series of Hakka performances which has been touring Taipei’s administrative districts since September 11. A total of 13 show sessions will take place at local communities throughout the tour. 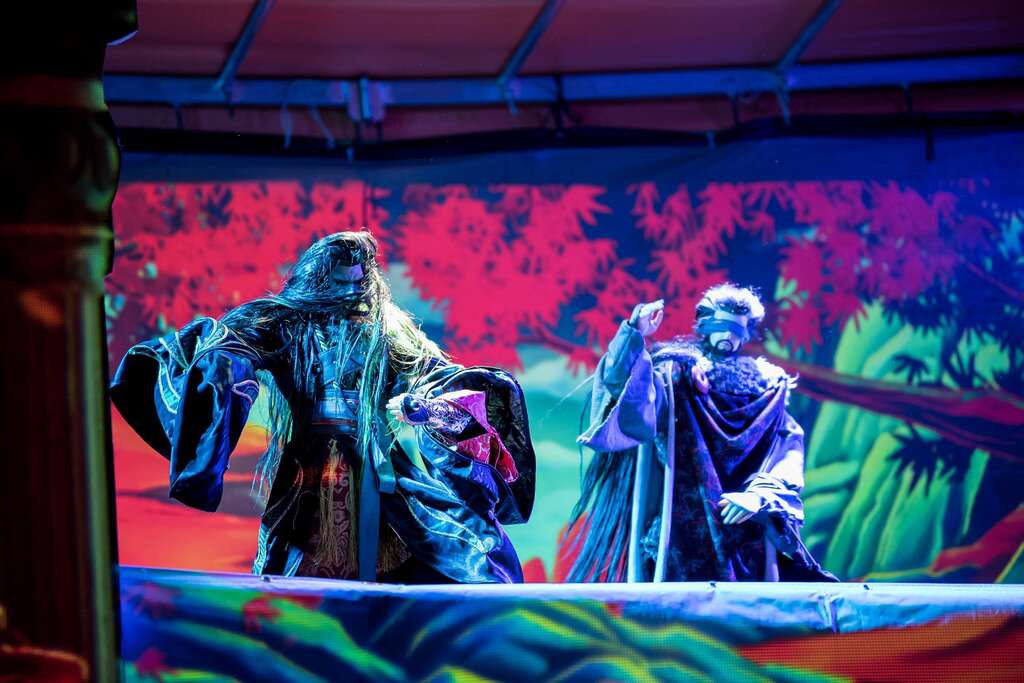 The seventh show of the tour took place at Zhengshou Borough in Zhongshan District. HAC Commissioner Hsu Shih-hsun remarked that the cultural performances allow the theatric groups to escape the limits of the traditional stage, while utilizing new approaches such as lighting and illumination technologies to enhance the possibilities of glove puppetry – even going as far as mimicing cinematic effects.

The program on October 17 kicked-off with the Hakka dances and songs by Xingyun Innovative Chorus, followed by the glove puppetry play presented by Shinergy Puppet Show. The show mesmerized the audience with the help of stage techniques, making the puppets appear lifelike in their actions and demonstrating fancy fighting maneuvers to win the applause of the audience.

Each stop of the Hakka performance tour includes a raffle offering prizes and souvenirs for the audience. Regardless of whether participants join online or are physically present at the show venue, by scanning the QRCode they each have a chance of winning the prizes. One lucky winner can bring home an Apple Watch!

The next stops of the Hakka performance tour include Wenshan District’s Wu Kung Elementary School on October 30 and Baifu Park in Nangang District on October 31.