With the growing reliance on mass public transit systems in the modern society, the safety of public transportation has become an important issue. The MRT system is a major transportation option for those living in the Greater Taipei Area and plays a key role in supporting the day-to-day commute of the public. 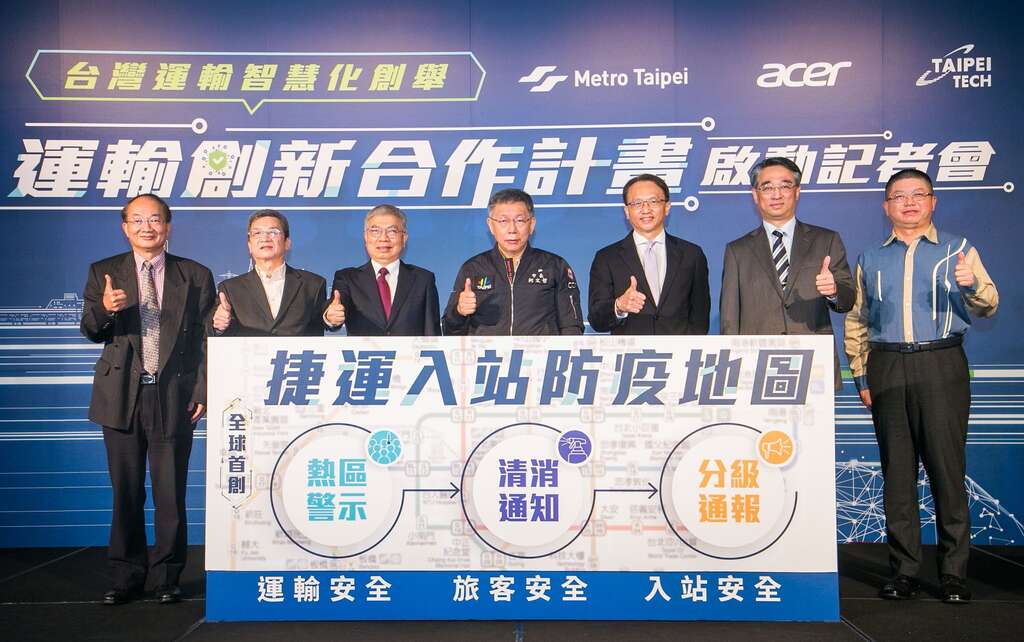 To offer riders a safer and healthier transportation environment, Taipei Rapid Transit Corporation (TRTC) joined Acer and National Taipei University of Technology (NTUT) to form a national-level task force headed by AI specialist professor Huang Yo-ping. The team, which is responsible for carrying out the “Taipei Public Mass Transit Safety Enhancement Project”, was announced during the press conference on December 8. The new AI MRT Safety R&D Center was also inaugurated at the event.

The project members include agencies and organizations across the domains of industry (TRTC, Acer), government (the Executive Yuan, the Ministry of Transportation and Communications, Taipei City Government), academia and research institution (NTUT), as well as riders utilizing the MRT system to test out possible solutions.

During his address, Mayor Ko Wen-je noted that as we welcome the age of 5G and continue implementing TRTC’s vision of “Top Class MRT, Beautiful Taipei,” the company joined force with Acer and NTUT to integrate innovative energies with knowhow in areas such as cloud computing, big data, and AI to transform Taipei’s mass transit system into the safest in the world. By tapping upon Taiwan’s unique experience, such development could also be applied to smart transportation.

For example, the station gate pandemic safety inspection system utilizes AI to sense body temperature and face mask of commuters as a part of gate control, stopping individuals who show irregular temperature or enter without face mask. The proactive escalator safety system identifies the type of footwear worn by passengers through image recognition mechanism. It will remind those with loose shoe strings or sandals to pay attention when taking the escalator via audio message or warning light.