Mayor Ko Wen-je presided over the opening ceremony of the 2021 Taipei Water Lantern Festival in Songshan District on December 12. He noted that the festival is an important occasion for friends from Thailand, Indonesia, Vietnam, Malaysia, and Philippines. 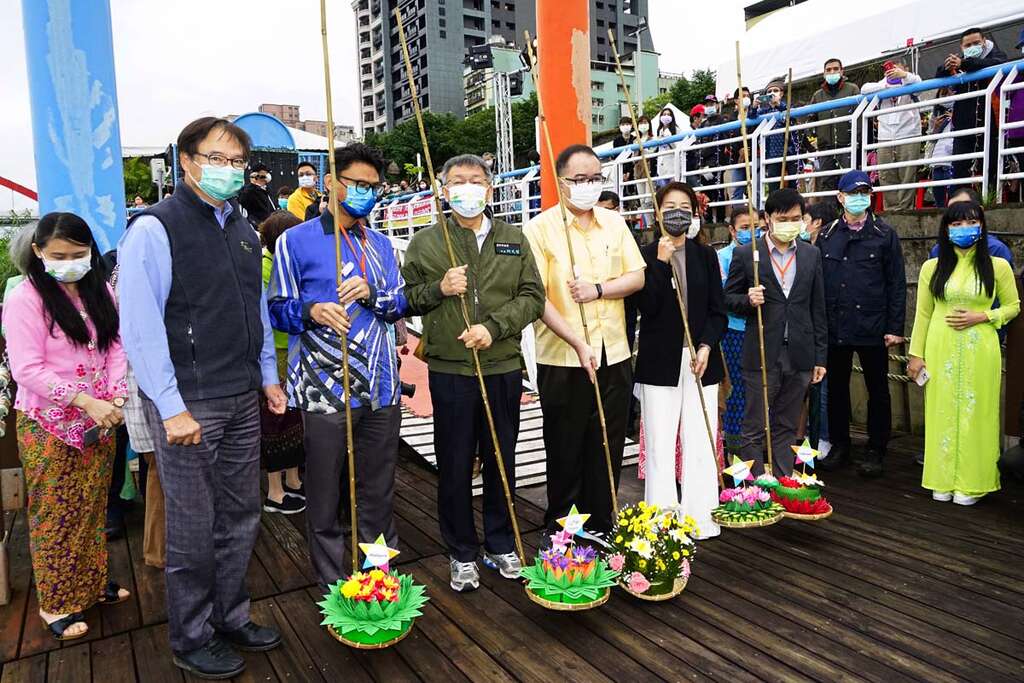 During his address, the mayor expressed his gratitude to the representatives from the five aforementioned countries attending the Taipei Water Lantern Festival. He pointed out that new immigrants who live here are Taipei-ers and Taiwanese. The background of these individuals adds to the diversity of Taipei’s local culture. The climax of the event came with the release of the water lanterns to wash away past misfortunes before welcoming a brand-new year.

Through several interactive quizzes, new immigrants had a chance to test the mayor’s knowledge on Southeast Asian culture. Afterwards, the mayor joined the representatives and dignitaries on a tour of the stalls at the event offering delicacies and experiences of the exotic cultures from Southeast Asia.

The mayor pointed out that Taipei is a globalized city, as well as a metropolis which is a melting pot for various cultures. Taiwan is a nation of numerous immigrants, and Taipei is also a city of new immigrants. Regardless of where you’re from, as long as you live in Taipei, you are considered Taipei-er and Taiwanese. Taipei incorporates new elements from the culture, language, food, and music brought by the new immigrants, making it more diverse and richer.

Ko remarked that water lantern culture is important to countries like Thailand and Laos. Through the release of water lanterns, the people of these nations express their gratitude to the river deities for bringing bountiful catches and crops. It is also an opportunity to send off misfortunes from the past year and pray for good fortune in the coming year. He promised that the city government will continue to expand the scale of the water lantern event, hoping to make it an annual activity for Taipei City.