Seeing the overwhelming demands for the MRT 25th Anniversary Miniature Train EasyCard released on April 30, Taipei Rapid Transit Corporation (TRTC) announced that it will follow up the success with the release of a new miniature train EasyCard at the end of the year! 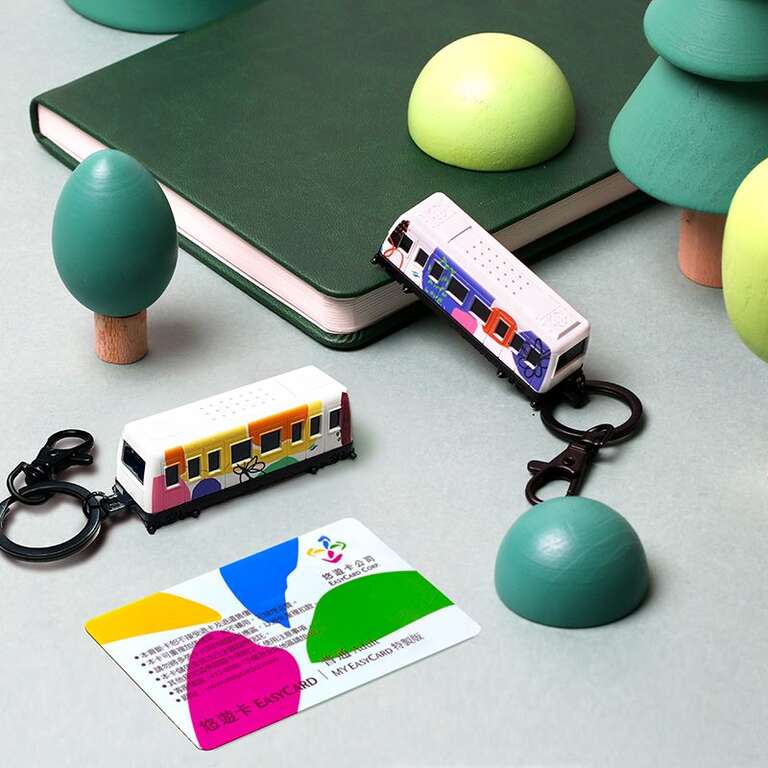 The preorders for the “Taipei MRT Mini-train EasyCard – Frolic Edition” will begin at 10 AM on December 24 on both the Taipei Metro Online Store and TRTC’s official store on the Shopee platform .

The Mini-train EasyCard comes at a price of NT$490. Each individual can purchase a maximum of 4 of this limited-edition release. The carriage-shaped EasyCard does not require any battery to work, even though it gives off light when passed over the sensors at the station gate. The design of the pocketsize novelty resembles those of the 25th anniversary edition EasyCard, but decorated with colorful patterns to give it a lively and joyous look.

The first shipment of the Mini-train EasyCards will be available starting the end of December 2021. The remaining batches will be delivered around mid-February of 2022 on a first-come-first-served basis, so secure your copy soon!

As an added bonus, the first 900 customers who preorder 4 of these EasyCards will receive 2 random MRT 25th anniversary face mask (while supplies last). Those who spend NT$1,000 or more are eligible a raffle where 3 lucky winners will receive one “Taipei MRT Mini-train EasyCard – Frolic Edition.”