The crowds at the Taipei City New Year’s Eve Countdown Party bid goodbye to 2021 as fireworks showered Taipei 101 with sparkles and glitters, heralding in the Year of the Tiger with a 360-second-long show of pyrotechnics. On behalf of Taipei City, Mayor Ko Wen-je expressed the residents’ gratitude to the nameless heroes who contributed to the local pandemic prevention effort as he joined revelers to herald in 2022. 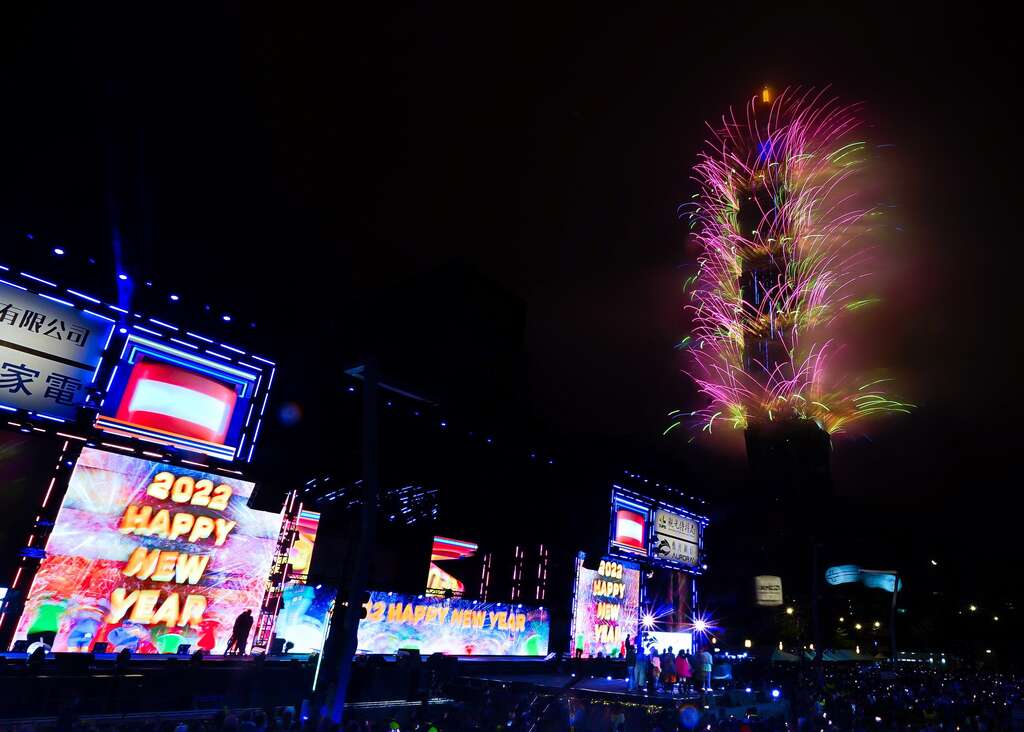 During his address, the mayor pointed out that 2021 has been a year of challenges. Due to COVID-19, citizens saw major disturbances to their daily life. There are even people who have to deal with the loss of relatives and loved ones. He remarked that facing setbacks is not the hardest part; rather, the challenge comes with how to remain passionate about life in the face of setbacks. It is important to transform these setbacks into energy to continue moving forward in the new year.

Ko also noted that the pandemic has caused fundamental changes to our workplace, to interactions between people, and to the understanding of public life. During the peak of the pandemic in May, Taipei City was able to keep the spread under control in two weeks’ time, allowing things to calm down and making the New Year’s Eve bash possible.

The mayor stressed that this is victory for a democratic society and expressed his gratitude to citizens, noting that everyone contributed by adhering with the guidelines announced by the city government, enabling the city government to cut the chain of spread. He believes in the power of the nation and its people, and that the health of citizens is the most important asset of the nation. He thanked the residents of Wanhua District for helping to protect Taipei and Taiwan at the most challenging moments.

In addition, the mayor also said expressed his gratitude to front-line workers including the police, Fire Department, medical, social welfare, environmental protection, and civil affairs staff for carrying out pandemic prevention plans, which allows the public to herald in the New Year with fanfare. He and his wife also wish everyone a peaceful and prosperous 2022.