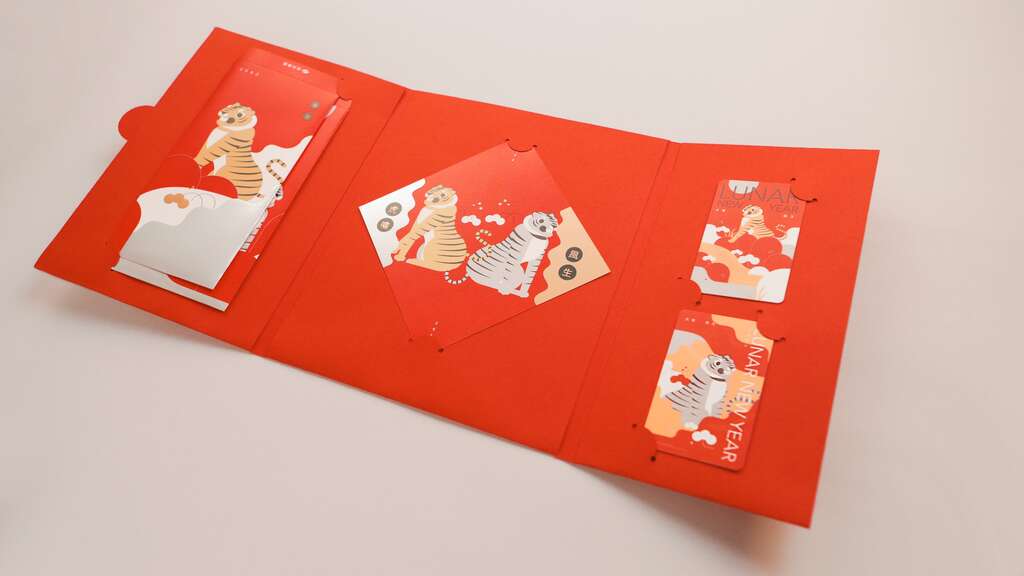 The Year of the Tiger EasyCard set highlights the themes of “eternity” and “Tiger high Above.” The two cards respectively feature a silver tiger and a gold tiger sitting on top of the mountain, with the sun shining across the cloud and basking the land in golden rays.

Priced at NT$360, each set comes with complimentary red envelopes and spring couplets. Hopefully, the pair of tigers and red-decorated-with-gold color combination will help bring in the joy of Chinese New Year to customers.

For customers who want to avoid queues, the Metro Taipei Online Shop will accept preorders between 10 AM on January 3 and January 9. Only 200 sets of these limited-edition cards are available online, so act fast to reserve your copy!

Those who prefer to purchase the commemorative EasyCard set in person, they can visit the Taipei Metro product stalls at MRT Zhongshan Station and MRT Zhongxiao Fuxing Station starting 10 AM on January 15. A total of 600 sets will be on sale at these booths, but each customer is limited to a maximum of 2 sets.

Since 1997, TRTC has been releasing commemorative Chinese Zodiac animal-themed metro ticket/EasyCard sets. Despite a pause of several years between the release of the Year of the Dog card in 2006 and the Year of the Dragon card in 2013, these sets nonetheless received wide acclaim from the public and continues to be popular products.