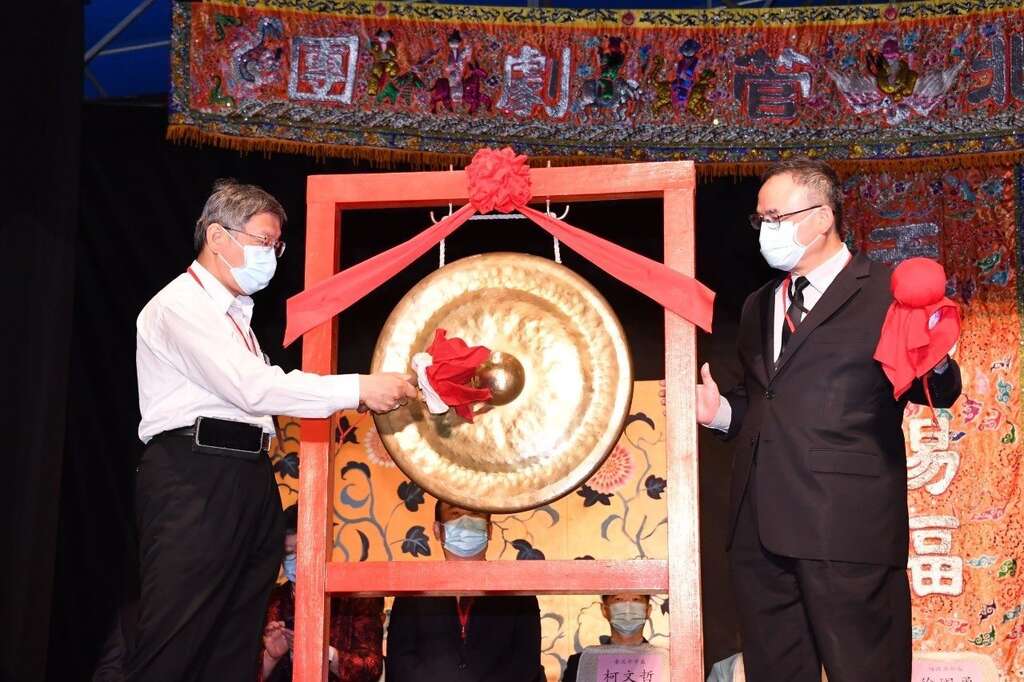 During his speech, the mayor noted that the Baosheng Cultural Festival is a major religious event in the neighborhood of Dalongtong. The festival has been held annually since 1994, and the Lord Baosheng Birthday Ceremony has been registered as Taipei City’s Intangible Cultural Heritage in 2021. In addition, the event is also known for various spectacles including the clan-sponsored plays, fire lion firework display, fire-walking ritual, and more.

Ko expressed his gratitude to President Liao Wu-jyn of Baoan Temple, who has invested for over a decade of hard work to promote the festival. Liao is an expert in oil painting and was able to integrate elements of art and culture into both the traditional festival and temple management. During a recent visit to the temple, the mayor received a publication from Liao which outlined the belief of Lord Baosheng, the culture heritage of the temple, and the social responsibilities of the religious institution.

According to the mayor, Baoan Temple has achieved several milestones under President Liao, including the start of a major overhaul of temple structure since 1995 and global recognition by winning the UNESCO Asia-Pacific Heritage Award for Cultural Heritage Conservation.

Taipei City is a city with a rich history, and Baoan Temple is an important institution that carries the culture and memories of the community. With the temple marking its 280th anniversary in 2022, the mayor hopes that organizers will continue to infuse the temple event with elements of literature, arts, and aesthetics.