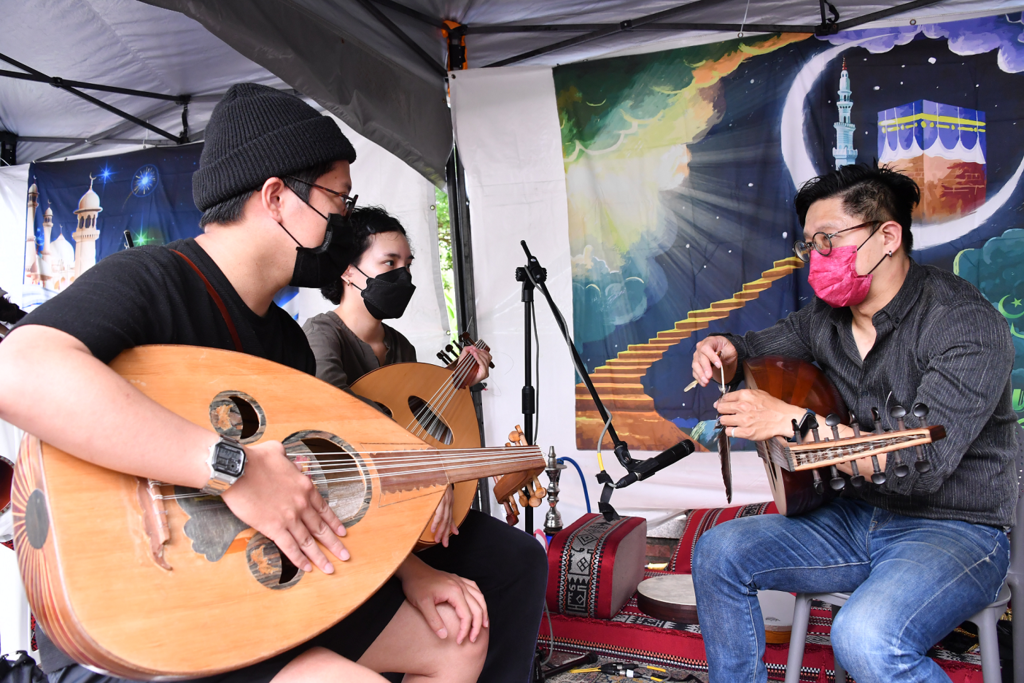 The mayor stressed that as long as Taipei City Government holds the event, it will always treat Muslim friends with equality. He ended his speech by wishing everyone a happy Eid al-fitr.

In light of the pandemic, the mayor reminds the audience to continue practicing safety measures such as wearing face mask, washing hands, and observing social distancing. Taipei City is a friendly city, and its residents are friendly as well. He hopes that everyone will remain true to this spirit when they take care of elders.

Afterwards, the mayor enjoyed watching the shamanic dance performance and exchanged gifts with Deputy Representative Zulmartinof from the Indonesian Economic and Trade Office to Taipei. The deputy representative presented the mayor with coffee beans from Indonesia, and Ko returned the favor with a Bravo plushie and a tea gift set.

In addition to handing out 200 copies of the limited-edition mosque-shaped EasyCard, the mayor also visited a booth promoting Arabic calligraphy. He wrote the Chinese characters for “Peace” and “Harmony”, hoping that the pandemic will subside soon in the future.