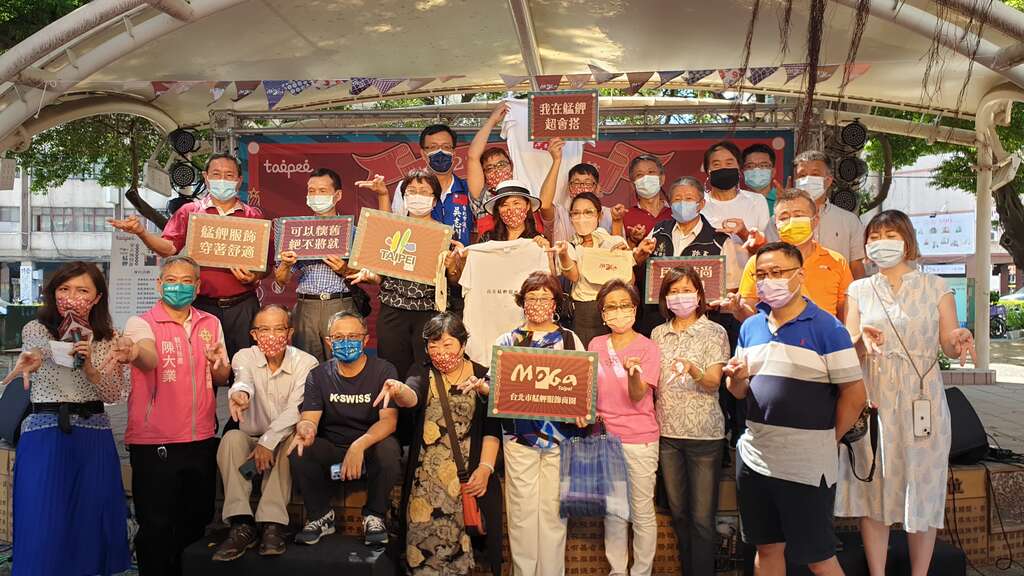 At the festival, visitors had a chance to try out hand-printing shirts, as well as exploring handicraft booths and listening to music performances. A limited number of NT$200 clothing vouchers sold at NT$100 ran out fast. Also, from today through August 23, a number of participating stores is offering clothing purchase credits for customers who spend NT$500 or more.

Furthermore, individuals who tries out the nostalgic attires during the event period, take a photo of themselves in the clothing, and upload it onto social medias such as Facebook or IG with hashtag “#艋舺服飾商圈” will have a chance to win prizes!

TCOOC Deputy Director Chiang Mei-ling remarked that as one of the earliest sources of local fashion, the Bangka Clothing Commercial District is a well-known business district in Taiwan and a must-visit destination for visitors. Over the years, TCOOC assisted the Bangka Clothing Commercial District Development Association in organizing events under the Taipei City Commercial District Stimulation and Development Subsidy Program, helping local stores grow and secure more businesses. The activity this year highlights nostalgic elements along with street fair, concert, and store discounts.

Chairman Lin Wei-chih of Taipei City Bangka Clothing Commercial District Promotion Association pointed out that in addition to the aforementioned events, there is also the “show your style” activity based on the theme of this year’s Clothing Style Fair, with prizes ranging from NT$3,000 to hand-printed shirts.