Taipei City Government organized the inaugural Tianmu Beer Festival in 2022. Between July 8 and August 25, over one hundred specialty stores, department stores and breweries in Tianmu will offer amazing discounts to visitors. 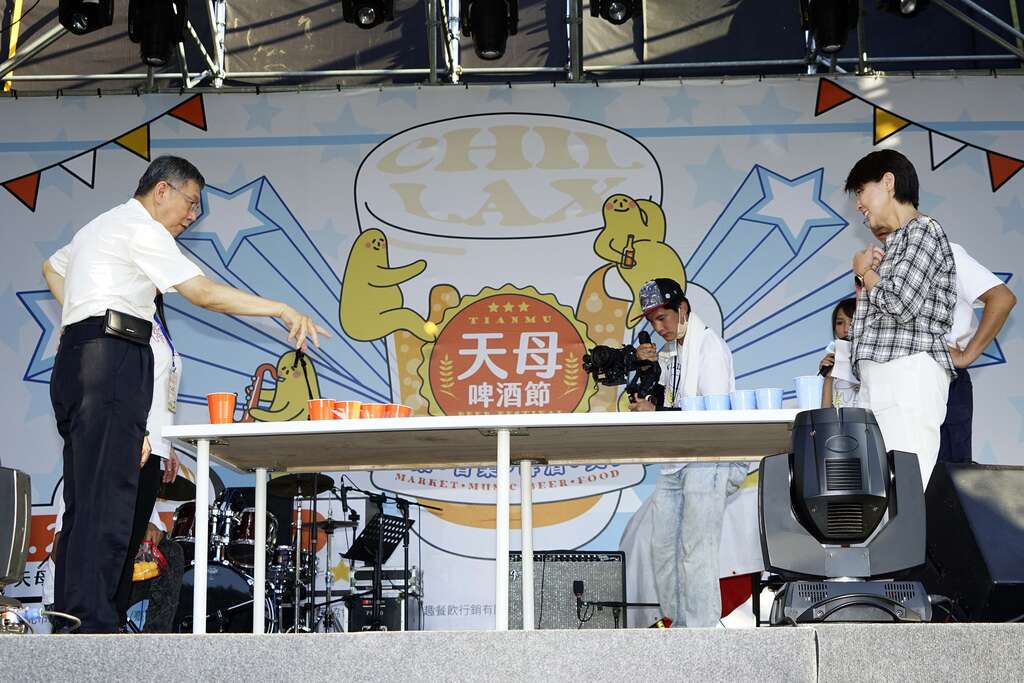 On July 23, Mayor Ko Wen-je attended the opening event for the 2022 Tianmu Beer Festival. He had a chance to try out a number of the specialty beers before kicking off the festivities.

During his address, the mayor lauded the quality of events organized by Chairperson Tang Di of Tianmu Marketplace Development Association. Citing the decade-long success of the Tianmu Halloween Fest, he praised Chairperson Tang for once again demonstrating her exceptional creativity and powerful organizational skills. He believes that future editions of the Tianmu Beer Festival will continue to attract an overwhelming number of revelers.

Ko remarked that Tianmu is a neighborhood known for a large population of expats and an exotic atmosphere resulting from the merging of foreign cultures. The new Beer Festival offers breweries across Taiwan to showcase their products, showing promises to become a signature event of the community.

Taipei City Government reminds those visiting the Beer Festival not to drink and drive. For transportation needs, individuals who had a drink or two should consider taking public transportation, taxi cab, or hiring a designated driver.