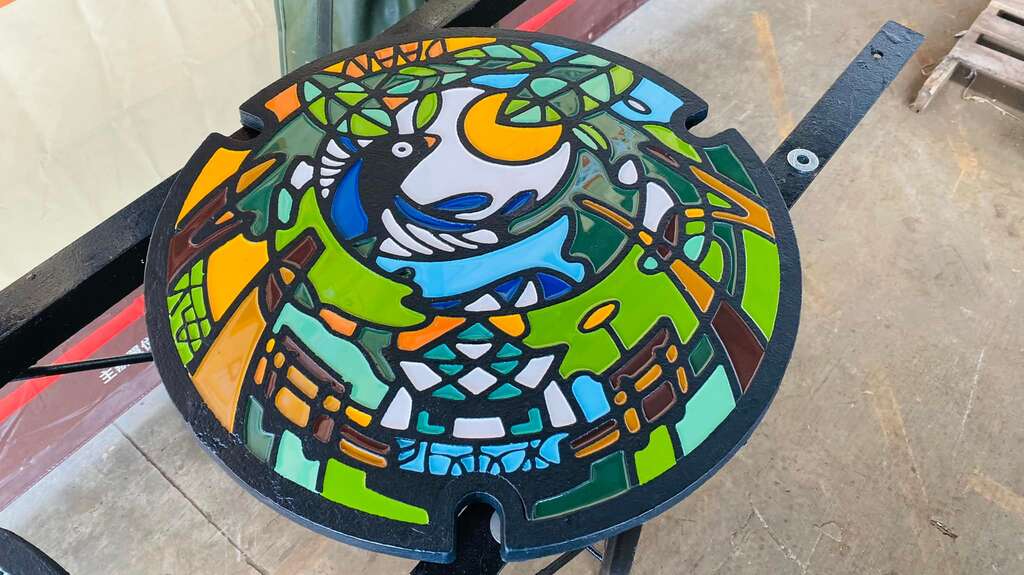 Furthermore, HEO is holding an exhibition featuring all 16 specially-crafted manholes of the second series at the center lobby of Taipei City Hall between August 11 and 15. In addition to the second series, the 8 limited-edition manhole covers from the first series will be displayed at the exhibition as well. For individuals who prefer to see all 24 limited-edition manhole covers at one place, this is your chance!

Director Chen Kuo-cheng of HEO pointed out that with input from professional designers, the resulting public facility or structure can become more aesthetically pleasing. To this end, the agency commissioned a team of professional designers to work on the special manhole covers for Nangang, Wanhua, Datong, and Zhongzheng districts in 2020. Following this initial success, the 16 limited-edition manhole covers will be installed across the remaining 8 districts by the end of the year.