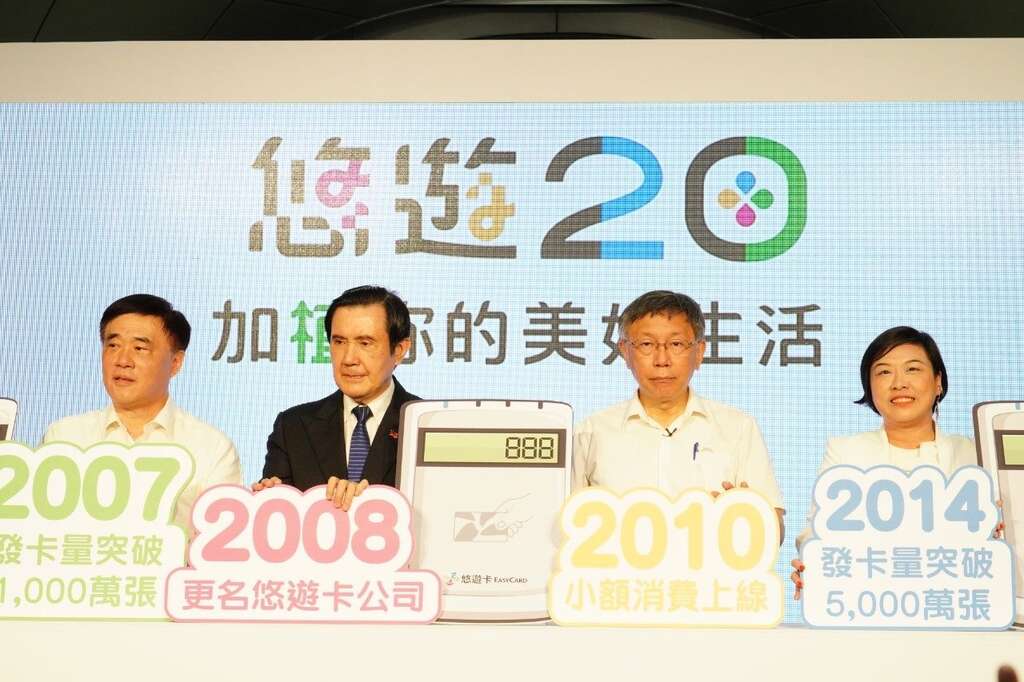 During his address, the mayor noted that the success of EasyCard is only possible with the contributions of numerous individuals over the past two decades. The 20-year-old electronic wallet is a witness of the progress achieved by Taiwan’s IT sector over this period. Starting with its humble origins as an electronic ticket for taking the MRT, the EasyCard quickly expanded its coverage to include other public transportations, as well as stepping into the field of micropayment transactions and offering the EasyWallet service today. He admitted that it is hard to predict how the card will evolve in the future.

Emphasizing that “You are limited by your imagination,” Ko pointed out that for the city government, EasyCard is also a tool used for taking attendance. The procedure is as simple as posting a QRcode at the meeting room and asking participants to either scan it with their TaipeiPASS or use an EasyCard to tap on the card reader, since EasyCard can be easily linked to one’s TaipeiPASS account.

The mayor concluded that regardless of how EasyCard will evolve in the future, he believes that the core spirits of “innovation” and “universalness” will remain unchanged. As both a card for public transportation rides and a popular micropayment option, EasyCard has already become an important part of Taipei-ers’ daily life. Former mayor Ma mentioned that roughly 6.7 million cards were issued when he left office, and Ko added that the number has reached 100 million today. He looks forward to the day when EasyCard will become an all-in-one solution integrating ID card, driver license, NHI card, and library card, with data being stored on the cloud.

At the end of the press conference, Ko expressed his gratitude to all the officials, businesses, and project partners that played a role in the development of EasyCard in the past 20 years. He looks forward to the continued evolution of the card, bringing more benefits and convenience to citizens in the future.