In the interest of creating a brand-new urban landscape along the MRT network, Taipei City Government introduced the MRT Green Corridor Project. 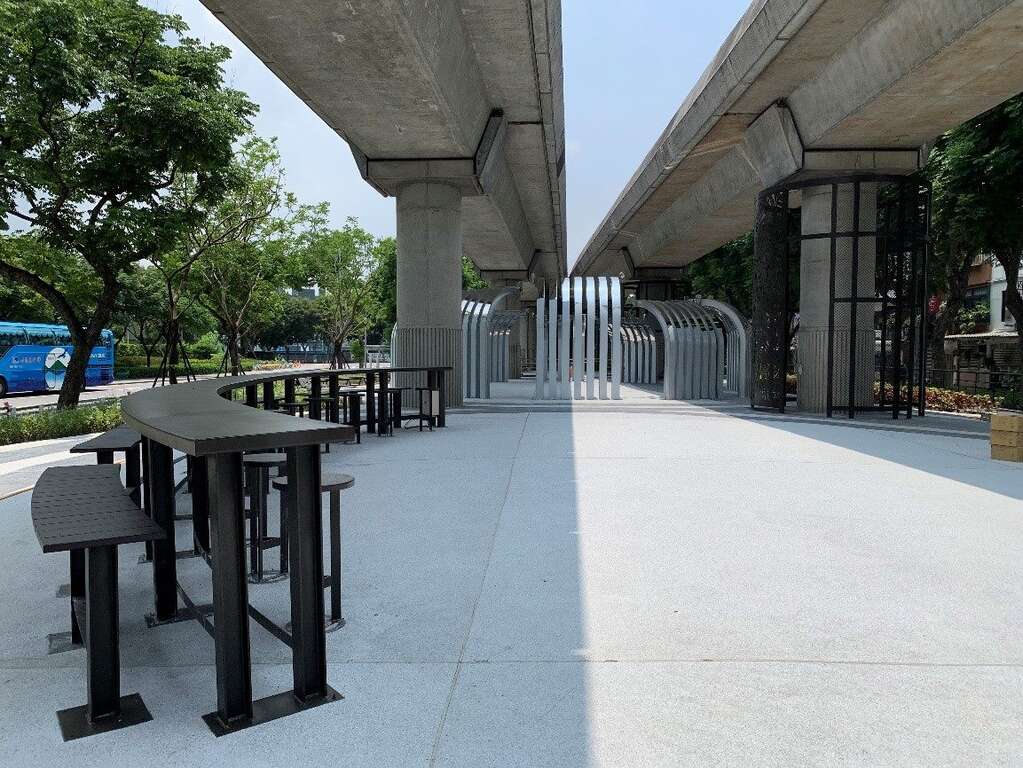 The Parks and Street Lights Office (PSLO) is in charge of the management of the green space for the Yuanshan Linear Park since the section was completed in 2021. With the “MRT Green Corridor” at its core, the project integrates urban spaces and its surrounding environment to optimize the functionality and aesthetics of the linear park. The relaxing landscape of the linear park will uproot the stereotypes people have for existing parks. With construction slated to be completed before the opening of the 2022 Taipei Expo, people will have a new place to go and relax after visiting the showroom. 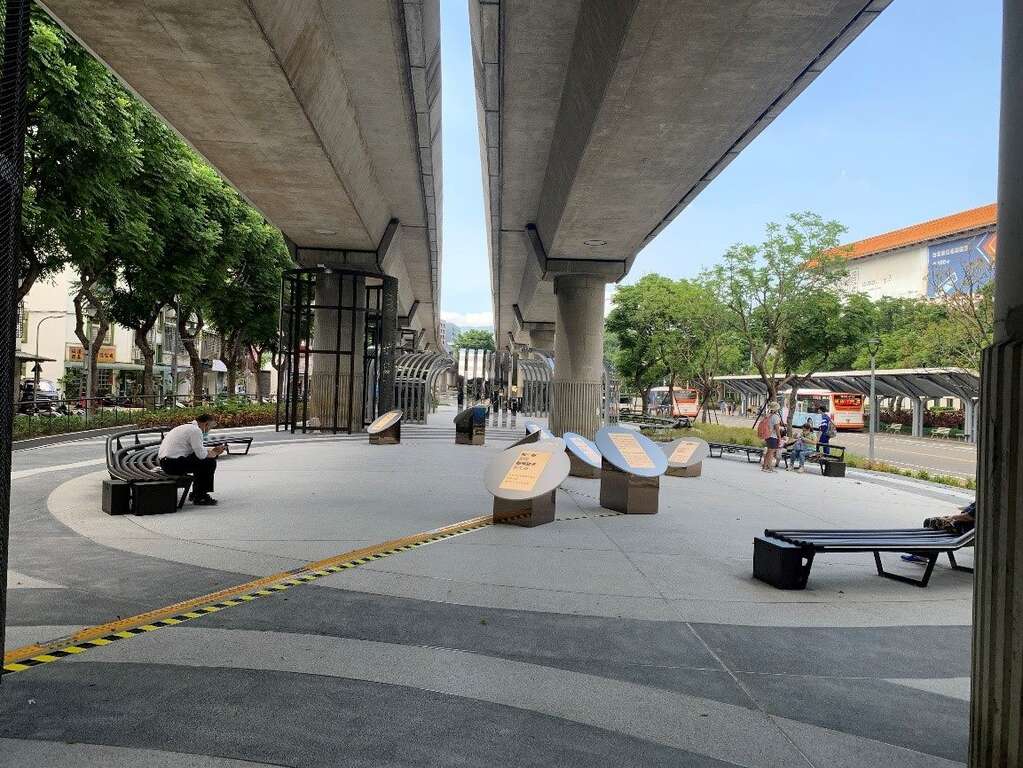 Director Huang of PSLO pointed out that the Fantasy Plaza is one of the highlights of the linear park, comprising 84 H-beams with mirror-like surfaces lining the center of the plaza. By looking at the surrounding from within the circle, observers will see their image merge with the environment when reflected by the “mirrors”. These steel poles fulfill their role as a form of public art installation.

PSLO Public Works Division Chief Lee remarked that in addition to spotlighting the “greens” as the emphasis of the Yuanshan Linear Park, the agency hopes to incorporate the elements of culture into the park by placing poetry works, MRT maps, and short introduction pieces to local history on the railway pillars. At night, the illumination lights up these support pillars, immersing the surrounding with a sense of warmth.

Another important aspect of the renovation is the relocation of outdoor plants – originally placed next to the MRT pillars – to the two sides of the park, granting them more exposure to sunlight. The plants used for landscaping have been carefully chosen by agency staff to enhance the surrounding atmosphere. They include golden thryallis, mountain marigold, cape leadwort, Jamaica false-valerian, lace golden dewdrops, cape jasmine, and copperleaf.