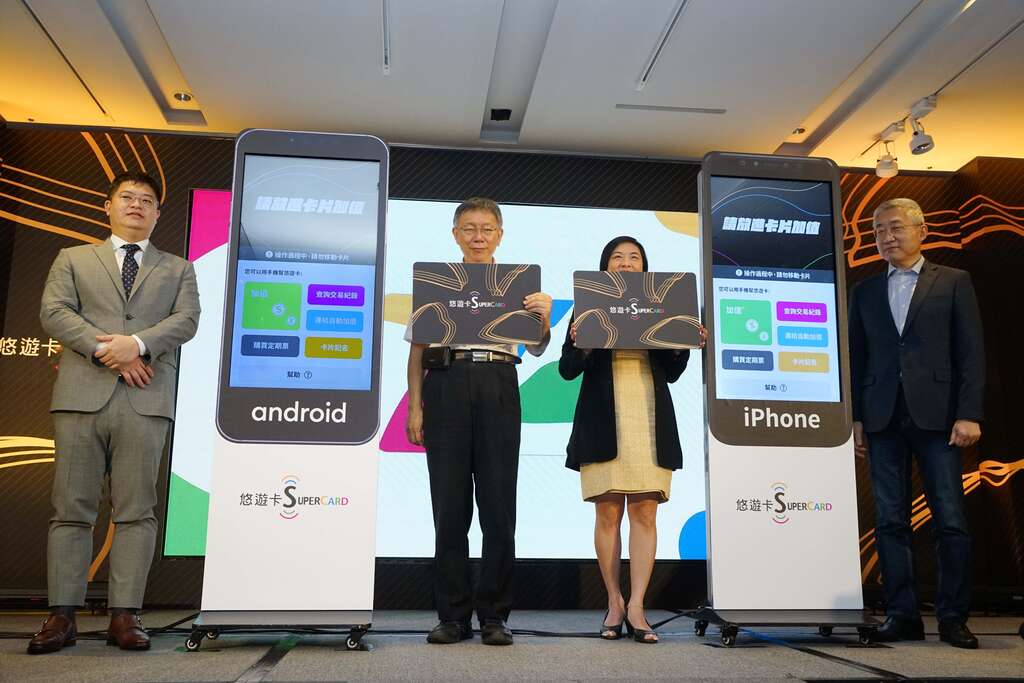 The mayor announced that the biggest benefit of the SuperCard is that users will no longer need to visit the MRT station or convenience stores to charge up the card. Thanks to a new mechanism, all you need to replenish the e-wallet is the mobile phone’s NFC sensor. At the same time, the cap on maximum amount per purchase has been raised from NT$1,500 to NT$10,000!

During his address, the mayor recalled his visit to Estonia and pointed out that the key to understanding how the municipality implement smart city policies is to learn its mechanism for user identification. Under this concept, Taipei City implemented the “One card (EasyCard), one pass (TaipeiPASS), and one payment (EasyWallet)”. Among the NT$6 billion EasyCard transactions in a year, roughly NT$4 billion are used for recharging the electronic wallet with cash. This is why the city government is working on how to consolidate the process to something that can be carried out via smart phone.

For parents, the SuperCard has an added advantage of recharging the card of added users remotely over the phone. The mayor joked that is a way to give kids a daily allowance and to have a better understanding of the kid’s spending habit.

Ko stressed that the development of a cashless ecosystem requires starting from “the inside out and from public sector to private sector.” For all 220,000 students enrolled in Taipei’s schools, mobile payment will be implemented on campus in the future. Once the students get used to the cashless lifestyle inside the school, this will encourage stores around the school to shift as well.

In addition to remote charging, the SuperCard also offers functions such as balance inquiry, transaction details, auto-recharge settings, and the choice of purchasing the 1280 Monthly Pass.

The mayor also reminded the public that EasyCard can be used in Okinawa starting next month. He looks forward for the electronic wallet to be used at additional countries in the future.