For details on bus services during the CNY holiday period, please call the 1999 Citizen Hotline or visit the 5284 Bus Information Website (http://www.5284.com.tw/Dybus.aspx?Lang=En).

Regarding taxi fare during the CNY holiday, extra fare will be charged from midnight on Friday, February 5 through 11:59 PM on Sunday, February 14. 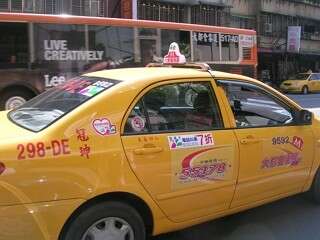 For cabs which have not installed the new taximeters, the fare would be the price shown on the meter, converted via the conversion chart, and add NT$20 during non-late night hours (6 AM through 11 PM). A surcharge of NT$40 will be charged in addition to the price shown on the taximeter and converted via the conversion chart for late night hours (11 PM through 6 AM).

For cabs which have installed the new taximeters, the fare would be just the price shown on the meter.

The boarding time will be used for the purpose of determining which price to charge for rides extending across both time zones.