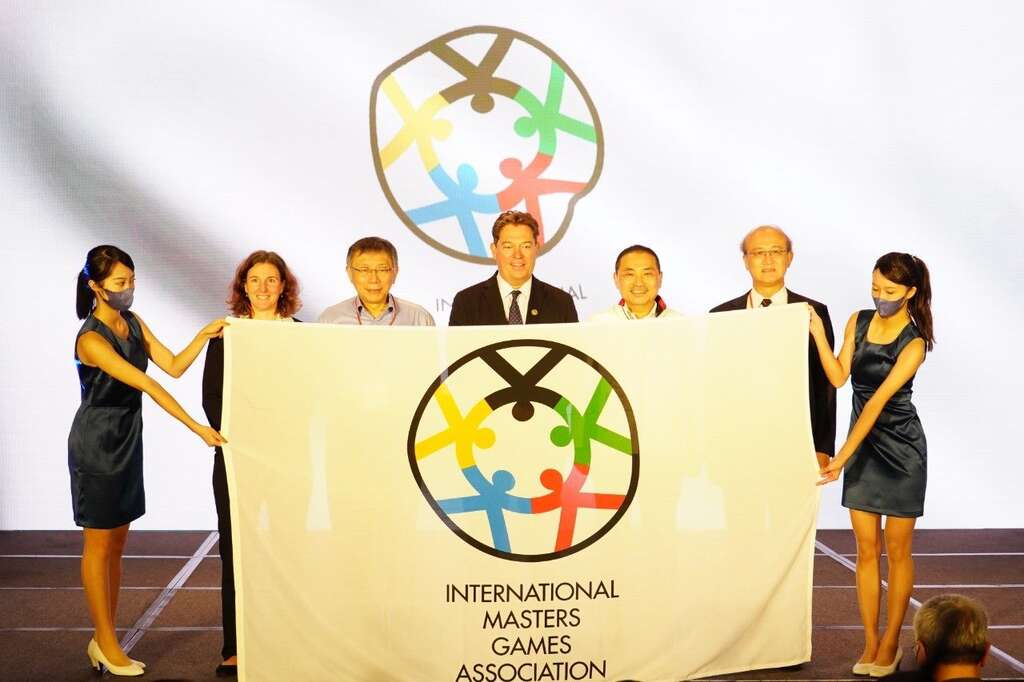 During his address, Ko stated that Taipei City and New Taipei City have been preparing for the event ever since the two municipalities inked the contract with the International Masters Games Association in 2020. The 2025 WMG Organization Committee was founded in May of 2021 to oversee and manage the details.

He added that the 2025 WMG will likely involve competitions in 35 sports categories and attract an estimated 40,000 participants. This will make the 2025 WMG the biggest sports event in Taiwan after the 2017 Summer Universiade.

According to the mayor, the first WMG was held in 1985. Taipei City and New Taipei City will be the tenth host cities of the event when the next edition takes place in 2025. The flag handover ceremony is an important occasion for the organization committee as it symbolizes the official start of event preparations over the next three years. He also hopes that the sports event will promote Taiwan to the rest of the world and bring the world closer to the island.

Mayor Hou remarked that in addition to collaborating with Taipei City for the Universiade, New Taipei City is experienced with hosting international sports events like the International Children’s Games. He looks forward to working closely with Taipei City on the upcoming WMG and expressed his gratitude to the central government for providing support and guidance.

With an expected 40,000 visitors from abroad, Hou hopes that Taiwan will demonstrate its hospitality and friendship, and embrace these visitors with openhand. It is an opportunity for the guests to see a different Taiwan through hands-on experience local culture and lifestyle. Through the Games, we can show our warm hospitalities to make these global friends feel welcomed.