On November 5, Mayor Ko Wen-je attended the 2022 Bangka Sugarcane Festival at the Wanhua Sugar Factory Park. He praised the positive impact of the event upon local social bonds. 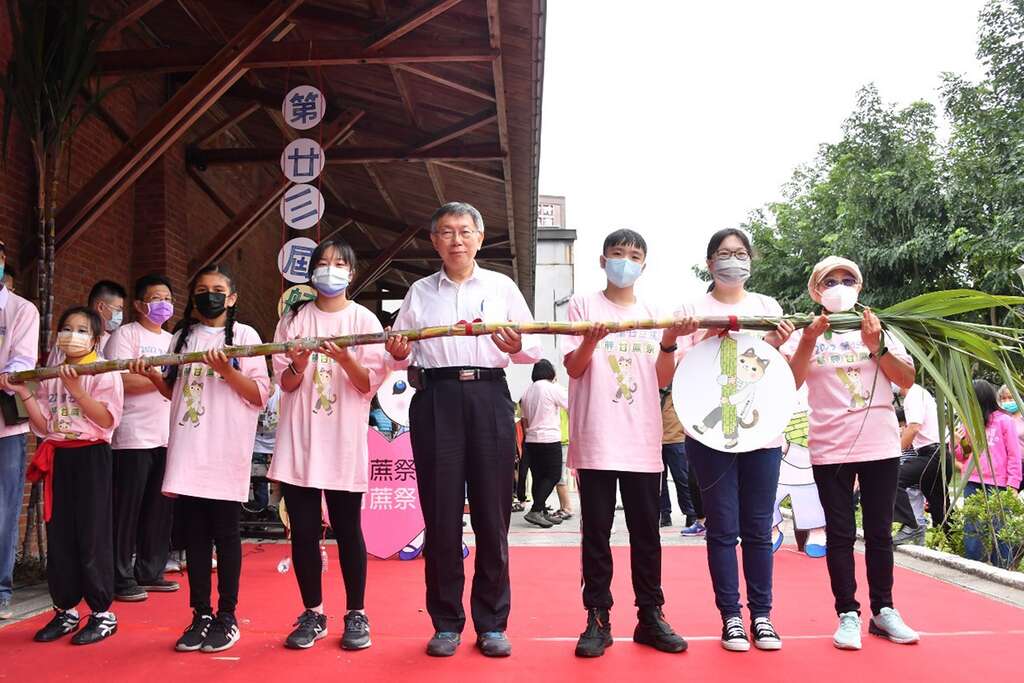 During his address, the mayor joked that this is the first time he attended the event despite being in office for eight years. He pointed out that the park’s location used to be a sugar refinery during the Japanese Colonial Era. Knowing that the factory is where workers processed the sugarcanes, he can’t help but wonder where the crops originally came from.

Since 1999, the Wanhua District Office worked with the Sugarcane Culture Association and the Department of Information and Tourism to preserve the historical buildings in the park. These organizations collaborated to introduce the sugarcane festival. The organizers planted sugarcanes in the park and allow visitors to enjoy hands-on experience with harvesting the plant, which also helped to strengthen community consciousness.

Ko pointed out that the organizers also join forces with local business owners and hotels. Such partnerships fit his vision of holding activities that also stimulate the local economy. Their efforts not only help to preserve historical culture, but also create a cultural industry.

The mayor remarked that while he has never attended the Sugarcane Festival, he recognized that importance of preserving history and culture after touring the park and visiting the buildings. He pointed out that over the past 8 years, the Department of Cultural Affairs has successfully preserved and revitalized a number of old buildings in the city. He cited cases such as the Rongjin Gorgeous Time on Jinhua Street, which he believes to be more impressive than the American Military Housing on Yangmingshan.

Noting the large number of visitors in Dadaocheng he saw on the way to the venue, he believes that the pandemic has finally subsided in Taiwan. He wishes to salute the residents of Wanhua District for weathering the ordeal by working together with the City through the public-private-partnership mechanism.