The New Constructions Office (NCO) has completed the overhaul of both the road surface and the roadside ditch grating along Guangzhou Street (between Xiyuan Road Section 1 and Kangding Road intersections). The construction team also took the opportunity to smoothen out the bumps and dents on the road, as well as redecorating the section in front of Longshan Temple with a unique art pattern. 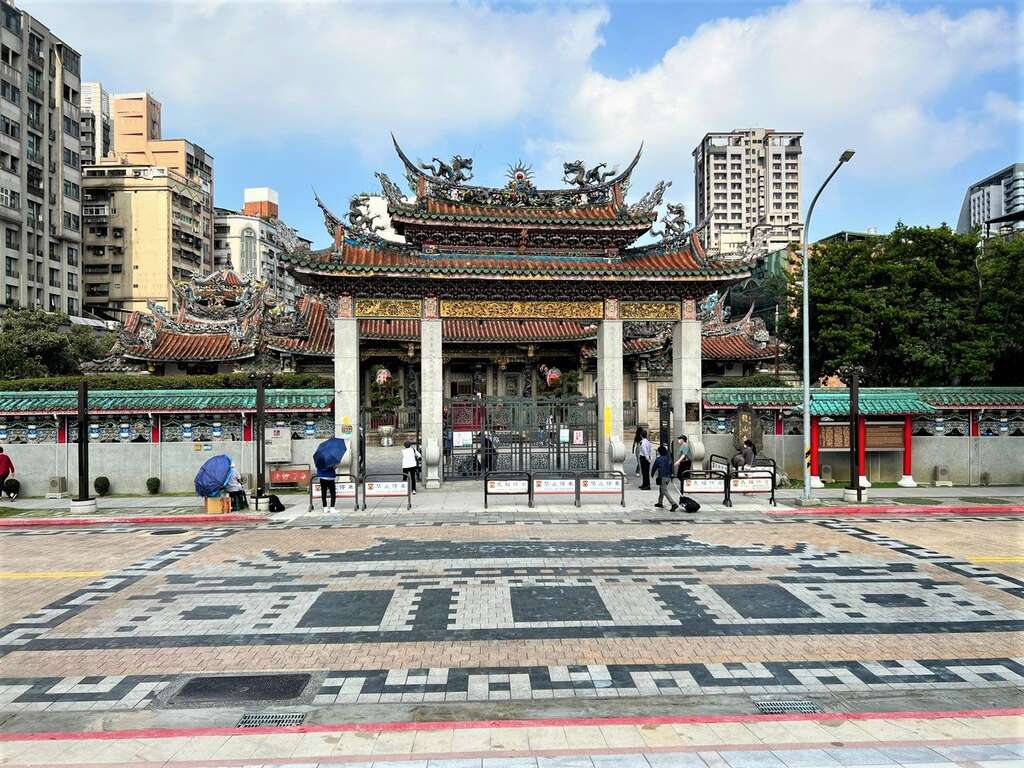 Chief Hsiao of NCO’s Public Works Section remarked that Guangzhou Street extends from Boai Road all the way to Huanhe South Road. There are several landmarks along the thoroughfare, including Longshan Temple, Bopiliao Historical Street Block, and Bangka Park. As the neighborhood is a must-visit for foodies and tourists, the street is prone to traffic congestions and pedestrian crowdedness. Furthermore, years of pipeline deployment and repair works resulted in the repeated digging and overturn of road surfaces, making the terrain bumpy and uneven.

For the 2022 fiscal year, the local participatory budget program allocated funds to overhaul Guangzhou Street and the roadside ditch gratings. The first phase of the project, targeting the section between Xiyuan Road Section 1 and Xichang Street, has been completed on November 11.

According to Director Hong of NCO’s West City Public Works Office, the overhauled surface now boasts a brick pattern forming the image of Longshan Temple, allowing onlookers to observe and contrast the colorful artwork with the temple complex. The NCO also requested agencies and companies with pipeline under the road to carry out necessary deployment and maintenance during this period. Once the road surface has been restored, no further digging will be allowed for another 3 years.

NCO pointed out that it will continue with Phase 2 of the project (the section between Xichang Street and Kangding Road). Constructions will start on November 28 and expected to last 42 days.