The annual Shilin Residence Chrysanthemum Show is now in its 20th year! To celebrate this special occasion, Deputy Mayor Pong Cheng-sheng attended the anniversary celebration event to offer his well-wishes. 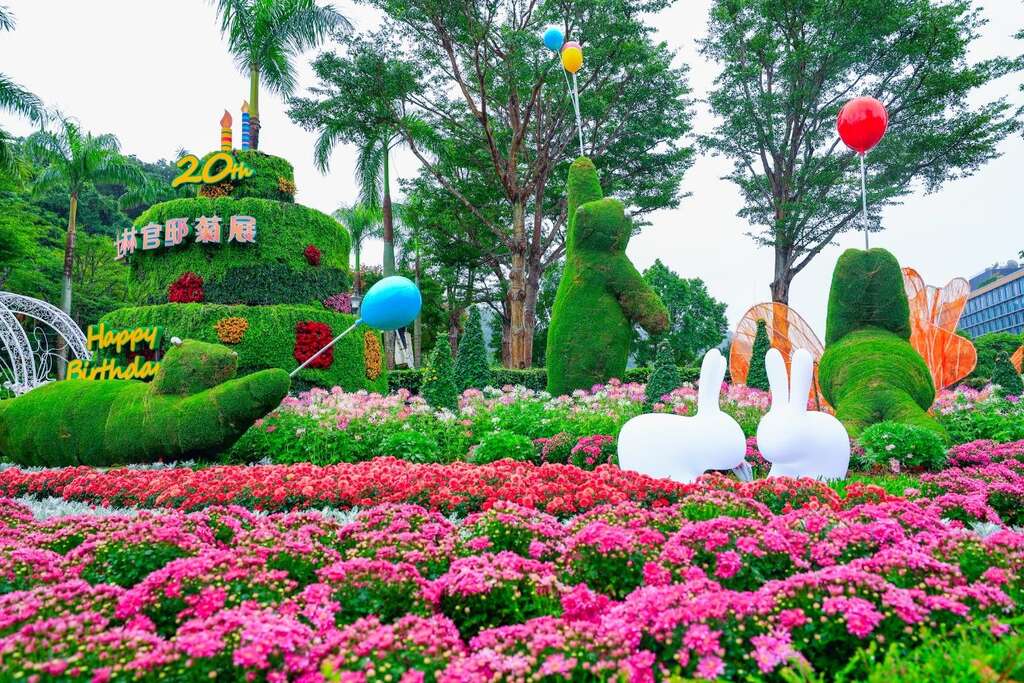 During his address, the deputy mayor noted that it has been two decades since the Chrysanthemum Show was reinstituted in 2002. The show witnessed important milestone events in Taipei, including the 2010 Taipei International Flora Expo and the 2017 Summer Universiade. From the 180 bouquets of flowers in 2004 to today’s showcase comprising over one thousand units, the gardeners have honed their talents to bring out the best of their horticultural knowhow.

Parks and Street Lights Office Director Huang Shu-ru remarked that the exhibition celebrating the show’s 20th anniversary consists of eight major zones focused on the theme of ‘birthday party.’ Visitors will quickly notice the gigantic birthday plant sculpture at the entrance of the park. There are also art pieces constructed from chrysanthemum throughout the facility – from bears to rabbits to dolphins to peacocks – all coming together to celebrate the show’s 20th anniversary.

The 2022 Shilin Residence Chrysanthemum Show will last through December 11. The staff of the park conduct disinfection rounds on a frequent basis, and the public will have access to hand sanitizers at the service counter. All pandemic prevention measures will be adjusted according to the guidelines of the Central Epidemic Command Center.

For more information, please visit the official Chinese activity website of the Chrysanthemum Show (Link) or the facebook fan page of Shilin Residence.