In the evening of December 3, Mayor Ko Wen-je attended the Christmas Tree Lighting Ceremony for the “2022 Taipei Christmas-Infinite Love.”

During his address, the mayor noted that Christmas is here once again, and every year city hall works with religious groups to organize the Taipei Christmas event series. This year marks the third year of the collaboration with activities spanning Christmas tree lighting to Christmas caroling, as well as business district promotion campaigns and raffles. 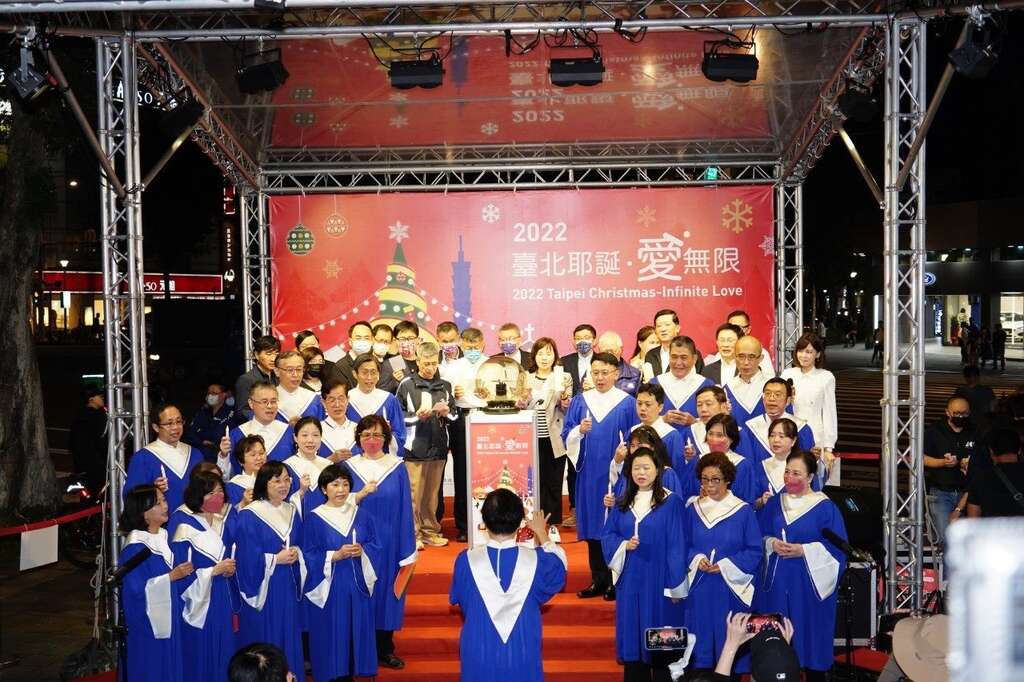 Thanks to the easing of travel restrictions, the mayor remarked that more and more foreign visitors are coming back to Taipei. Therefore, this year’s Taipei Christmas event seeks to bring tourists closer to local society. He hopes that the event will develop along the lines of Singapore’s Christmas on a Great Street.

The mayor pointed out that while events like the Matsu pilgrimages are supported by local religion groups, there is also a large number of Christians in Taiwan. He wonders if it is possible to bring the community together and organize some kind of event that will highlight an alternate theme to attract tourists to Taipei City.

In addition to the main Christmas display outside Exit 11 of Daan Forest Park, there are also six major lantern theme areas located along the way between Daan Forest Park and Taipei Water Park in Gongguan. For this year’s event, the city government has also invited NTU Gongguan Commercial District Association and NTU Gongguan Commercial District Development Promotion Association to participate as co-organizers. Between December 5 and 25, individuals who spend over a given amount at partner stores in the neighborhood will be eligible for a raffle through the TaipeiPASS app.

At the end of his speech, the mayor expressed his gratitude to all supporters of the event. He pointed out that the most important thing is for everyone to have both fun and a great Christmas.