On January 3, Mayor Chiang Wan-an joined Transportation and Communications Minister Wang Kwo-tsai at the press conference unveiling the design of both the mini lanterns and the main lantern for the upcoming 2023 Taiwan Lantern Festival in Taipei. 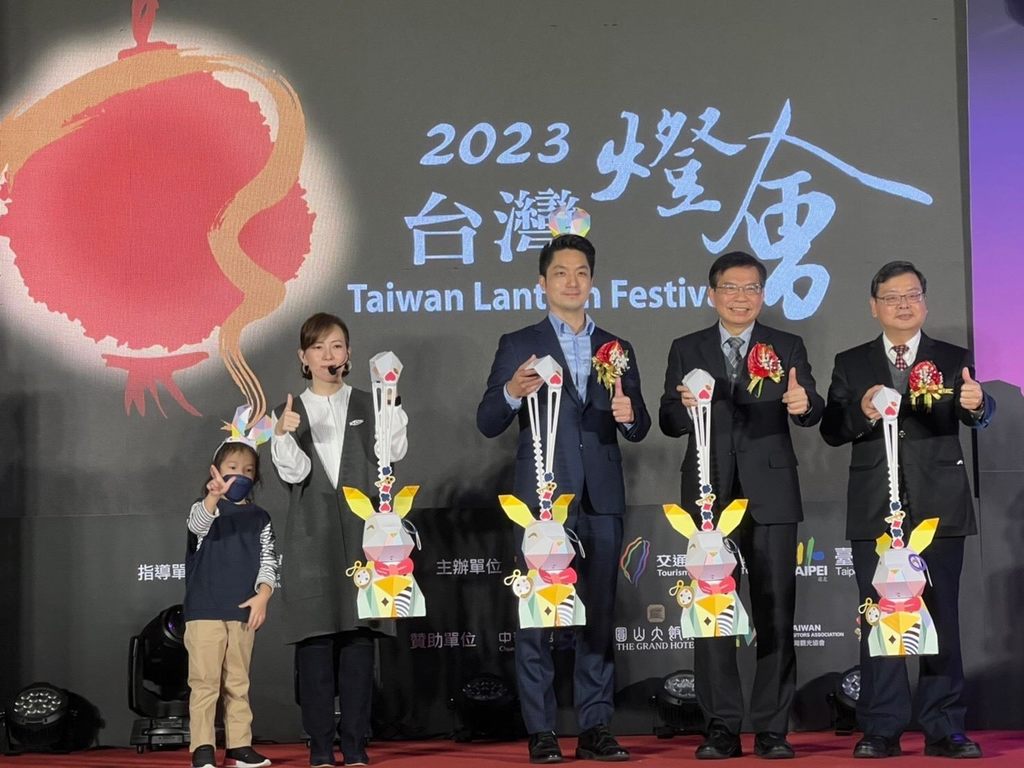 The mayor shared the highlights of the festival with the press, including an urban corridor of lanterns connecting local landmarks such as Taipei 101, Xinyi commercial district, Taipei City Hall, Sun Yat-sun Memorial Hall, Songshan Cultural and Creative Park, and other commercial areas in East District.

In addition, there will be a large number of artworks and lantern festival decorations placed along the urban corridor, hoping to bring these pieces of art to the streets and alleys of Taipei City, as well as into the daily life of local residents. There are also works displayed inside shops and stores in the vicinity, as well as a separate feature lantern for each of the city’s 12 administrative districts.

Regarding performances, Chiang remarked that there will be three stages at the lantern festival. The organizers have invited well-known international and local troupes to perform over 200 shows during this period. The Taiwan Lantern Festival seeks to integrate art, culture, local characteristics, home imageries, and popular trends to emphasize unique characteristics of this city in the eyes of the visitors, encouraging them to learn more about the city and fall in love with it.

In commemoration of the Year of the Rabbit, a number of the art and themed lanterns reflect elements of the furry creature. As both his eldest son and an expected baby are both “rabbits,” the mayor expressed an overwhelming interest in the design of this year’s mini-lantern.

At the end of his speech, Chiang wished the lantern festival a success, hoping that the event will help Taiwan restart its engine and illuminate the whole nation with light and hope.