For those who frequent the vicinity of Zhongxiao East Road, they will soon find familiar scenes disrupted by 16 amazing lantern displays! Over 16 large-scale lanterns will be installed across several commercial areas in East District. 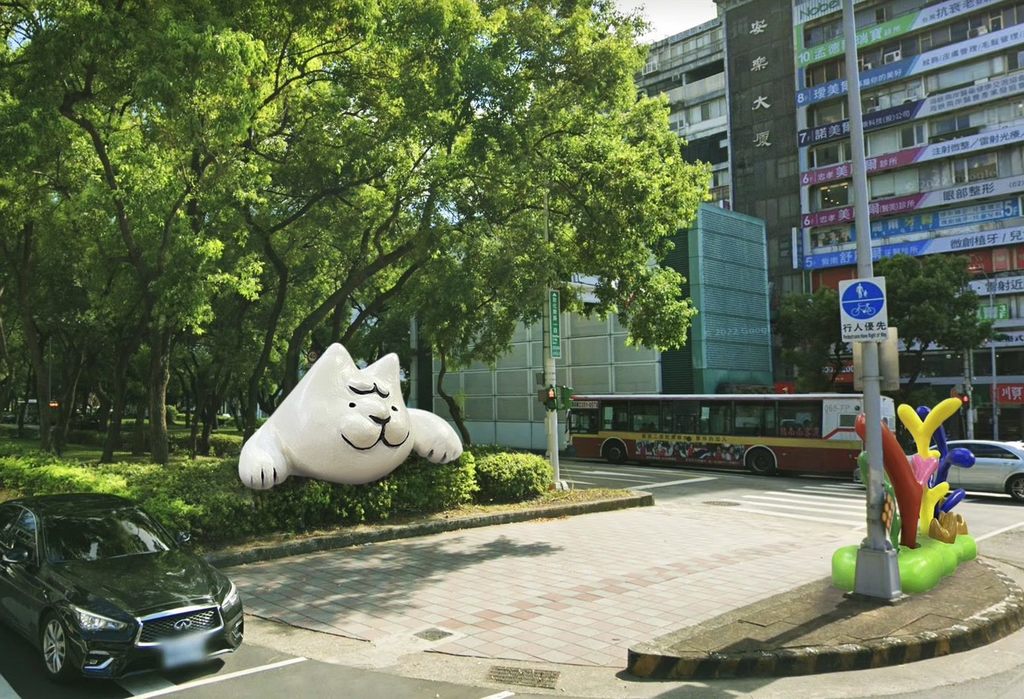 On January 5, the Department of Information and Tourism (TPEDOIT) announced that at the invitation of the 2023 Taiwan Lantern Festival, the giant lantern “Light Rabbit in Taipei” by renowned artist Oscar Oiwa will grace the rooftop of Exit 1 at MRT Sun Yat-sen Memorial Hall Station. This is also the first time for the artist to visit the island in person to produce a unique work of art for the event.

As for local artists, the organizers invited Tsai Chieh-hsin to create the work “City’s Backyard Garden” at the intersection of Dunhua South Road. Those who pass by the area will notice a gigantic cat looking over the shrubs at pedestrians and having fun in this garden city.

According to TPEDOIT, Oiwa is a Japanese Brazilian artist whose artworks have appeared many times at the Setouchi Triennale in Japan. His work “Light Rabbit in Taipei” consists of an oversized rabbit gazing upon a globe reflecting numerous city landscapes. This work highlights the modernity and global outlook of Taipei City.

Oiwa remarked that his inspiration for “Light Rabbit in Taipei” came about during a trip to Paris, where he saw hundreds of wild rabbits roaming at the landing strips of Charles de Gaulle Airport during sunset. The scene of the rabbit herd with the sun setting in the horizon resulted in today’s work. He believes that the Light Rabbit is a befitting theme for the Year of the Rabbit.

The 2023 Taiwan Lantern Festival in Taipei will take place between February 5 and 19 (Trial operations from February 1 through 4 will be limited to three lantern zones). For more information, please visit the official activity website: [Link]