Taipei Mayor Chiang Wan-an arrived at the Meridien Taipei to take part in a lantern lighting ceremony on January 11.

During his address, the mayor pointed out that the Taiwan Lantern Festival has returned to Taipei City after 23 years. What makes this year’s lantern festival special is the strategy of creating a “Urban Gallery of Light” to link major landmarks such as Taipei 101, Taipei City Hall, Xinyi Commercial District, Sun Yat-sen Memorial Hall, and Songshan Cultural and Creative Park. 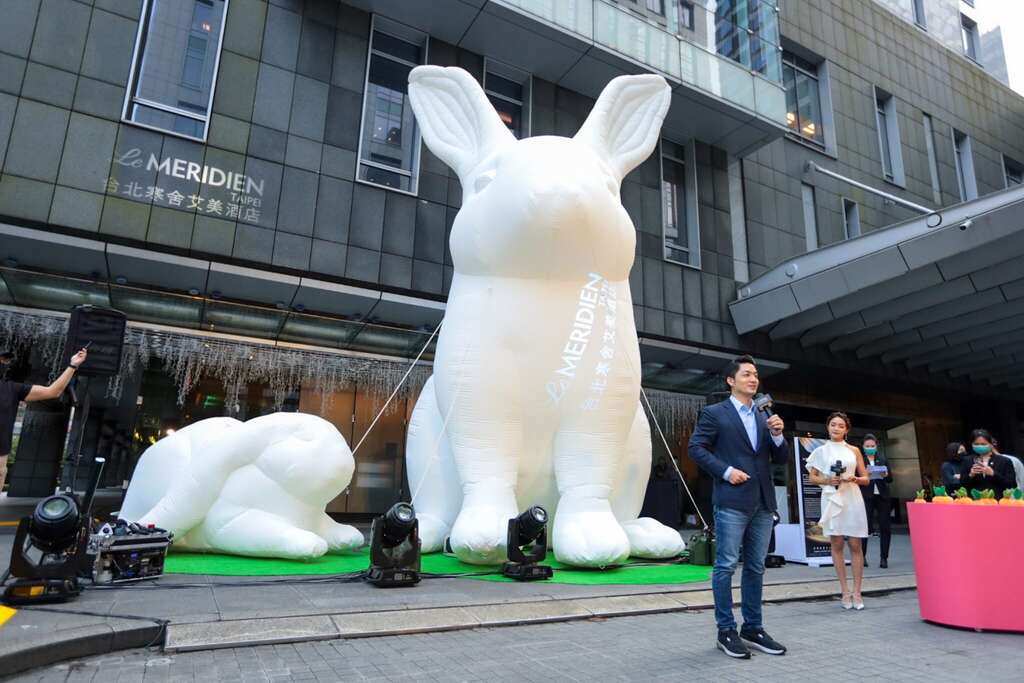 This approach brings the lantern displays into the daily life of residents, which is rather different compared to the past approach of having all lanterns displayed at a set venue. In addition, the organizers have plans for bringing the illuminated works of art into the stores and shops in East District. This allows people to admire the beauty of lanterns while they enjoy their coffee or shop around inside the store.

Chiang noted that in collaboration with city hall, the Meridian Taipei teamed up with Australian artist Amanda Parer to create the lantern artwork titled “Intrude”. The masterpiece consists of two white rabbits – one standing 7 meters tall and the other one appearing rather minuscule and delicate. Those interested are welcomed to visit and take pictures with the rabbits during the lantern festival.

The mayor remarked that he also has two rabbits in his family – his eldest son and the expected baby.

At the end of his speech, Chiang wishes everyone a happy Year of the Rabbit, luck and prosperity. He expressed his gratitude to Meridien Taipei for working with the city government to showcase the rabbit lantern and support the Taiwan Lantern Festival. He encourages the public to drop by the Xinyi Commercial District.