Taipei Lantern Festival opened officially on February 4 th , with a spectacular lighting show at the Main Display Area that created a lot of buzz. Some people believed the lantern festival is almost better than annual New Year’s Eve celebration. Taipei City’s Department of Information and Tourism Bureau put together a list of a few things that most people don’t know about the Main Display Area.

2. A confetti show was added last minute before the show started. Peng said confetti worked much better in such environment like Ximenting as the effect is more concentrated, compared to those in large concerts or New Year’s Eve concerts, and brings a sense of joyfulness to viewers. The location of the Main Display Area is similar to that of Times Square in New York. So the confetti show created an atmosphere resembling that in a New Year’s countdown in New York. He believes this will become a historic scene in Ximenting, which was never before seen and that the confetti show exclusively for the opening ceremony will be unforgettable for many. 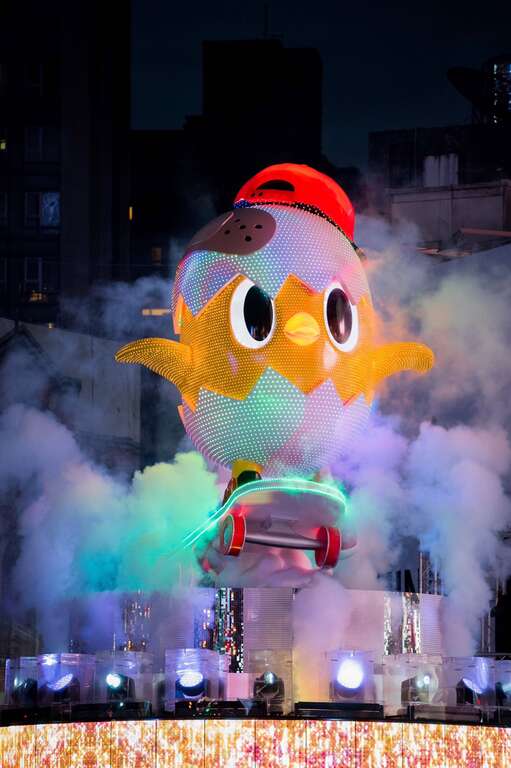 3. The aerial videography effect is stunning and mesmerizing. Through a live broadcast, viewers could appreciate the wonderful performance of the “Chick Fiesta” in the opening performance in the Main Display Area. The venue was packed with visitors. Without aerial videography, it is hard to present the whole scene. Peng, who often collaborates with Taiwan’s top band Mayday in their concerts, invites the aerial videography team that was hired in Mayday’s biggest concert. The team is the most experienced of its kind in Taiwan and brings out the spectacular views of the lighting show in the Main Display Area in every angle.

4. Nearly half a million people watched the live broadcast of the opening ceremony. Many live streaming platforms broadcast the opening event on February 4 th and almost all major media outlets sent their SNG teams. The live broadcast on the official Facebook Page of the City’s Department of Information and Tourism alone saw the reach rate exceeded 169 percent compared to other days, with over 80,000 people online watching the live stream of the show. Nearly half a million people were watching the opening event of the Taipei Lantern Festival at the same time through various outlets, proving that the event was contagious and the hottest topic in town.

5. The main lantern “Benedict”, the main lantern in the Main Display Area, crafted by internationally renowned Taiwanese anime artist, No2Good, was made with two different types of FRP materials. FRP is a fiber-reinforced plastic, a type of material usually used in anime figures in large exhibitions. Take “Benedict” for an example, the egg shell and the body are illuminated in different ways. Besides installing 30,000 LED lights within the body, the lantern’s hat, mouth, eyes and other body parts are crafted with special translucent FRP materials. So these parts can be illuminated from within, a way that has never been attempted before.

6. It is the first time where a MRT station was covered in main visual design. In the past lantern festival or other major events, none of a MRT station was completely covered in related messages. But this time is an exception. Exit 1 and 6 of MRT Ximen station were covered with the main visual design of the Taipei Lantern Festival, aligned with the visual effect of the Main Lantern Area, providing a more coherent visual experience as the landscape immerges in the event.

8. AR technology was applied in the live broadcast. Visitors who watched the opening ceremony on site last night may miss a tiny bit of fun compared to those who watched the live streaming on TV or in front of their computers. As Taipei Mayor Ko Wen-je and other VIPs started the lighting ceremony, members of the “Chick Fiesta” came alive on the streaming and joined the guests at the event. They looked adorable. Thanks to augmented reality, the broadcast team takes advantage of the latest technology and successfully created some fun in the live streaming video. 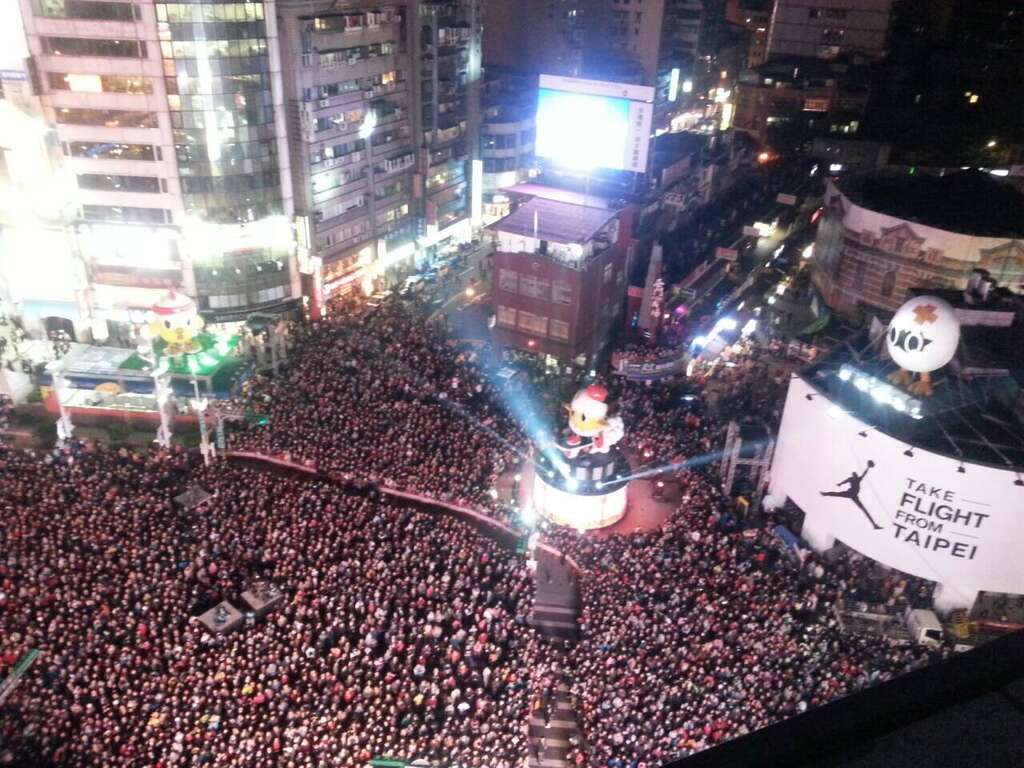 More fun awaits visitors to discover in the next eight days of the Taipei Lantern Festival. The Department of Transportation also remins the public that Section 1 of Zhonghua Road, Chengdu Road, partial Hanzhong Street and Kangding Road will be will be closed from 12:00-20:00 on this Saturday, February 11 th for the West Town Carnival. Motorists are advised to choose alternative routes. As the displays areas scatter between MRT Beimen Station of Songsha-Xindian Line and MRT Ximen station of Bannan Line, visitors are encouraged to take public transportation to avoid traffic jam and time wasted in looking for parking spaces.

For more information on the wide-ranging program of activities and lantern-viewing enjoyment, visit the official 2017 Taipei Lantern Festival website (http://2017.lanternfestival.taipei). There will be continual news updates, so be sure to check in regularly. Let’s all come together to make this Taipei west city version of this magical annual festival celebration an unforgettable one!