TAIPEI SUMMER 2017 Vol.08 A Song of Light, Hope and Love in the World: Song of the Firefly

A Song of Light, Hope and Love in the World:
Song of the Firefly
Article｜Tu Xinyi
Photos｜Susie Chien, Huang chienpin, Fang Huade

The wife of Everlight’s CEO, Ms. Susie Chien, is the chairwoman of the Everlight Cultural Foundation and a well-known vocalist. When she learned that Taiwan had successfully brought back fireflies and will host the International Firefly Festival, she suggested a theme song for the event be written.
Let the Light of Love Bloom One Twinkle at a Time
Ms. Chien has won two first prizes and four gold medals at international vocal competitions. She was also an elementary school teacher for 19 years, where she discovered that there were barely any Taiwanese children’s songs. “We all wanted the song for this festival to be easy for everyone to sing – men and women, seniors and youth. Also, we wanted verses in Mandarin Chinese, Taiwanese and in English. We want the world to hear Taiwan’s vitality through its music!”

Between May and September of last year, 511 songs related to the firefly were submitted for the contest. First prize went to the one composed by Chen Dongxian (陳東賢) with lyrics by Yu Guoguang (余國光). Susie Chien herself then produced the song.“Normally, a song is produced with 16 tracks, 50 top! But we added so many vocal and symphony orchestra tracks that we ended up with 104!” Chien demands a lot of herself and was under so much pressure producing this song that her nose wouldn’t stop bleeding for a week during Chinese New Year. She often found herself waking up in the middle of the night and getting out of bed to revise details. This is a song that strained her heart and mind, but it didn’t disappoint her in the end. She says positively, “This is the most satisfying song of my life.” 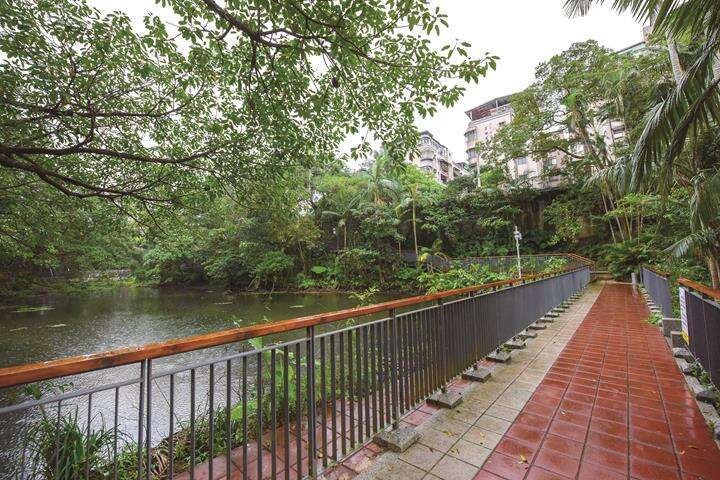 She recalls that when the song was finished, she played it for her grandson and asked him, “How does it make you feel?” The boy replied earnestly, “I feel happiness and hope, and we need to protect the earth.” “This is exactly what I want,” Chien says with a smile. “Restoring fireflies successfully is a sign of an advanced country. I’d like to show the world how much effort Taiwan has contributed to loving and protecting this land.”
From the love of land owners, schools, experts and scholars, local volunteers and private businesses, fireflies have finally returned to the concrete jungle of Taipei City, twinkling their tiny but bright lights. Swarms of the little flyers glowing green or yellowy orange will be floating over our town this spring, so far having attracted 28 countries to sign up for a visit. Let us hope this wonderful luminescence will be a beacon guiding Taipei toward its goal to be an eco-therapy city. 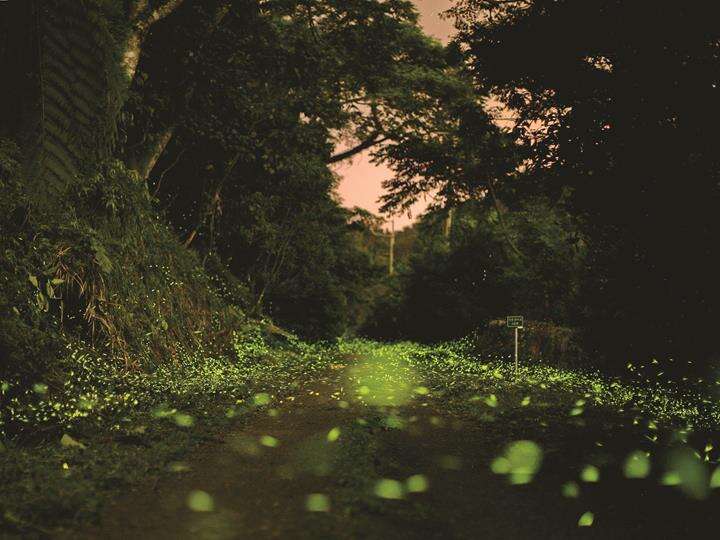 ▲ With the efforts of experts and scholars, long-disappeared fireflies have now returned to Taipei. (Photo: Fang Huade) 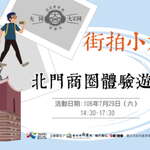 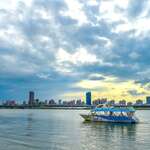 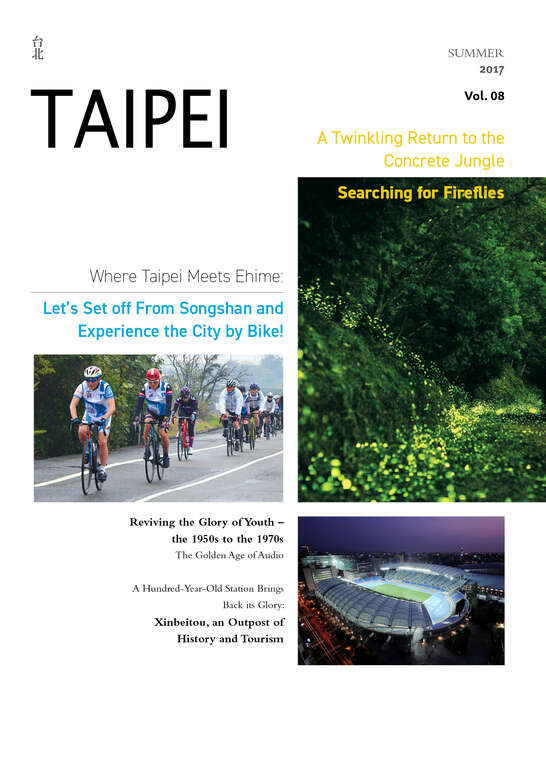