A Japanese Freelancer in Taipei

Taipei has increasingly frequented Japanese media in recent years. Whether it’s Dadaocheng (大稻埕) featured on the cover of a popular women’s magazine, books centering on the theme of travel and culture in Taipei, or drama series and movies shot in the city, all have increased Japanese interest in our stunning capital.

Meanwhile, a large contingent of Japanese have made Taipei their home, sharing in-depth cultural observations and information about life in Taiwan with people back home. Freelance journalist Yaeko Kondo (近藤弥生子), a Fukuoka native and a former magazine editor in Tokyo, is one of the foremost facilitators of Taiwan-Japan exchanges. ▲Freelance journalist Yaeko Kondo lives with her family in Taipei, and uses her former working experience of being a magazine editor in Tokyo to promote Taipei and Taiwan to Japan.

Drawing Inspirations from Everyday Life
Kondo moved to Taipei 10 years ago, having never previously traveled to Taiwan. Back then, she knew little of the country, even thinking Taiwan and Hong Kong were similar in terms of physical location. Fast forward to today, and Kondo has become an expert on Taipei and writes extensively about Taiwan for the Japanese media. For example, Kondo writes columns for Japanese lifestyle magazines &Premium and Pen on life in Taiwan.

Kondo, who describes herself as “Taiwanized,” recalls her first impression of Taipei. “When I first moved here, I was pregnant and easily nauseated,” she says. “To me, Taipei had such a strong scent, especially when I smelled the tea eggs at the convenience stores,” she adds with a smile.

“But I’m used to it now, and I love the smell of tea eggs,” she goes on to say. “It’s interesting because now thinking back, my company in Tokyo had rules against bringing food with a strong smell, such as McDonald’s hamburgers, because the odor might bother some people. In contrast, Taipei holds so much more freedom in this aspect,” Kondo adds.

Having lived in several districts in Taipei, Kondo has settled in Daan District with her family. The tree-lined boulevards of Renai Road (仁愛路) and Dunhua South Road (敦化南路) are her personal favorite for her morning walks. ▲The tree-lined boulevard of Dunhua South Road is a good place for seeking inspiration and enjoying the sunshine.

“Little walks in such an environment full of greenery bring me inspiration,” says Kondo. But she also observes that there are usually many cars and scooters on the roads of Taipei, thus the risk of car accidents is relatively higher than that in Japan. However, the great thing is that there are many more public rental systems such as YouBike set up across Taipei than before, and many bus stop signs have been changed to solar powered e-paper displays. “All of these have made Taipei more environmentally friendly,” comments Kondo.

“Besides, Taipei is also extremely convenient, as there are many options to choose from when it comes to shopping or getting out in nature,” she continues. ▲At Yongchun Market, you can always find fresh vegetables and fruits at a reasonable price. That’s why Kondo really loves to buy food for her family here. (Photo/Taiwan Scene)

Yongchun Market (永春市場) in Xinyi District is where Kondo stocks her kitchen with enough supplies to take care of all three meals every day, and there are a lot of organic vegetable stores and noodle shops that offer freshly-made foods; even free range chickens can be bought there. Another place she loves to visit is Fuyang Eco Park (富陽自然生態公園). There are usually fewer people there, and the original ecosystem is well- preserved, so the family often walks over for a date with nature. ▲The original ecosystem of Fuyang Eco Park is well-preserved. When you step into the park, it’s just like walking into a small forest. (Photo/Taiwan Scene)

Between Japan and Taipei
As a freelance editor, Kondo observes that Taiwan and Japan share close geographical proximity and are similar in terms of culture, ideas and values. Gender equality, a declining birthrate and an aging society are issues for which Taiwan and Japan share a mutual concern, so it is easy for both sides to understand each other.

As information travels fast and efficiently in the Taipei metropolitan area, being based in the city helps Kondo to quickly receive feedback from readers and viewers.

“I need to collect a lot of information for my work, but I don’t like to do that via the Internet. I prefer taking the bus and walking, so I can see for myself and scout out new fantastic topics for my Japanese viewers,” Kondo explains. ▲To introduce Taipei or Taiwan, Kondo often collects information and interviews shops herself.

“Taipei’s lifestyle and trends are diverse and full of creative energy. There are a lot of small-scale but absolutely wonderful activities or workshops, through which I can interact with people with different interests and backgrounds,” says Kondo.

For instance, Kondo performed a reading of the picture book The Giving Tree (おおきな木), a Japanese version translated by Haruki Murakami, at the Wordwave Festival 2020 (華文朗讀節) held at Huashan 1914 Creative Park (華山1914文化創意產業園區). “When I was reading there, the listeners were all Taiwanese and everyone was engaged with all their heart, I was deeply moved,” she shares with us.

When comparing working cultures through the lens of an editor, Kondo believes that Taipei offers a lot of flexibility and creativity, while Japan is more conservative and slower-paced, as Japanese workers spend a lot of time preparing their work and making the end products just as planned. She thinks these two contrasting working cultures each have their own advantages. ▲Kondo often talks about the difference between Taiwanese and Japanese publishing industries.

Kondo further shares that Japanese editors typically go to work at 8:00 a.m., hold lunch meetings at noon, and do not get off work until 11:00 p.m. Much of the time is spent on meetings, as Japanese people believe “the devil is in the details.” Japanese editors tend to confirm and reconfirm how details are executed. However, the pursuit of perfection has been adjusted down in recent years due to the decline in the publishing industry.

A City Full of the Human Touch
Kondo, who has written three best-sellers on Taiwan’s Minister of Digital Affairs (數位發展部部長) Audrey Tang (唐鳳), once asked Tang about her observations regarding her past decades of living in Taipei. “I was curious as to why Taiwanese people are willing to devote their time to political activities. Tang told me that it is because Taiwanese people have the ke-po (nosy and meddling) spirit. I didn’t know what it meant, but as I learned more about it, I found it wonderful. It is the ke-po spirit that gives an international metropolis like Taipei the human touch,” Kondo shares with us. 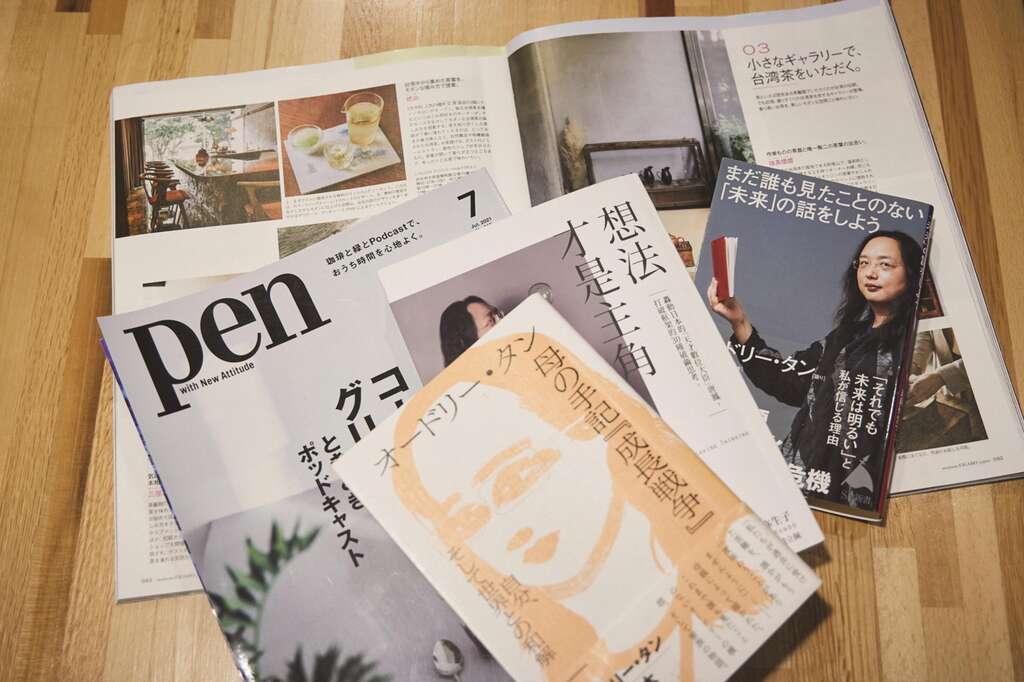 ▲Kondo has written three best-sellers on Taiwan’s Minister of Digital Affairs Audrey Tang, and has allowed Japanese to know more about Audrey and Taiwan.

In Kondo’s eyes, the Taipei people’s way of life is spectacularly interesting. In Japan, the rule of thumb is to keep others at a distance, so as to not cause trouble. At times, such a distance creates alienation. In contrast, the ke-po spirit brings warmth and bonds the people of Taipei.

Kondo finds ke-po truly valuable. Inspired by this nosy and meddling spirit, Kondo is working on a book about the “obasans” (middle-aged women, or elderly women) that exemplify and personify the true ke-po spirit. She wishes for Japanese people to better understand Taiwanese people’s passion and hopes that the two places can learn from each other's strengths.

“Japan actually has a lot to learn from Taiwan!” says Kondo, her eyes glimmering with passion. 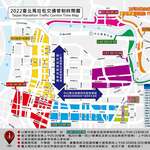 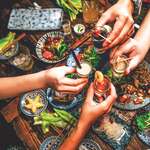