Mayor Ko Wen-je attended the opening ceremony of the 2021 Xikou Cultural Festival on May 8.

During his address, he stressed that Songshan Ciyou Temple is one of the important religious institutions of Taipei. Furthermore, under the leadership of President Chen Yu-feng, the temple has played an active role in charity and donated numerous resources to the city government – from ambulances to quarantine care packages.

He also pointed out that Chen has a knack for cultural creativity and often supported local cultural events such as the 13 Villages and Boroughs Procession. The Xikou Cultural Festival, marking its 15th anniversary this year, is an important cultural event for Songshan District. He noted that while one-time, large-scale urban events such as the 2017 Taipei Universiade can be described as “legendary”, Xikou Cultural Festival lies on the other end of the spectrum: The fact that it is held annually helps to secure and strengthen a “brand” image for the festival.

Ko remarked that the festival extends the scope of activities celebrating the birthday of the Goddess Matsu while highlighting the theme of temple culture. The organizers plan a series of side events including stage performances by Ifkids Theater and Techno Prince Nezha dance troupes, as well as DIY classes, indigenous language classes, retro kids’ games, and more.

According to the mayor, if each of Taipei’s administrative districts can come up with their own unique “brand” activities, the accumulation of all of them will become a “Taipei” brand. If the public sector can join hands with the private sector to promote Taipei, it will go a long way to help strengthen Taipei’s city portfolio. 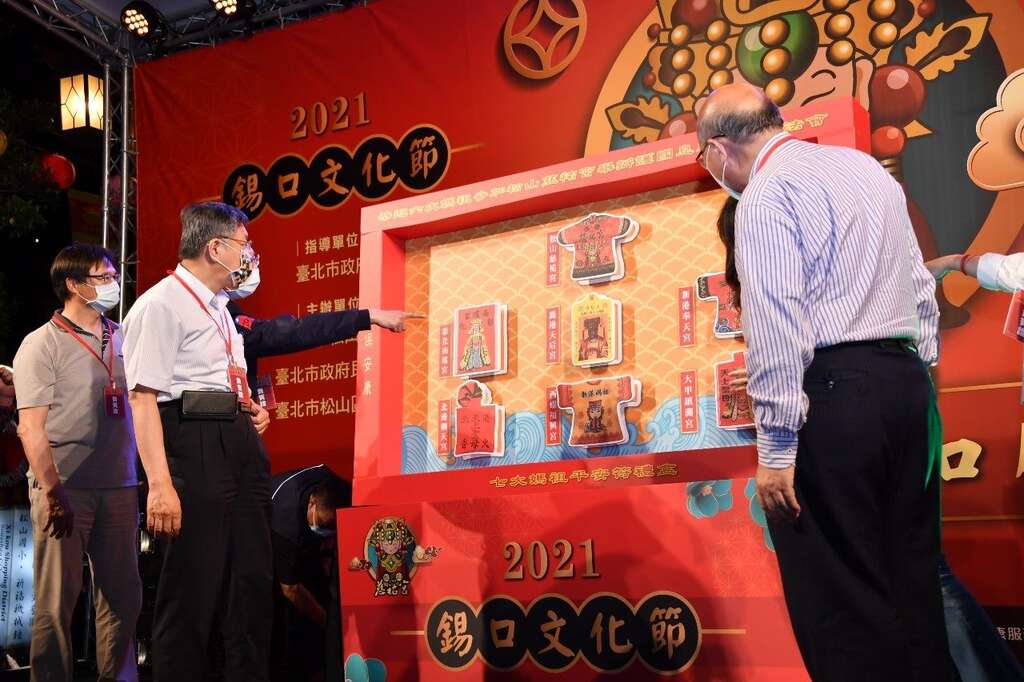 Regarding the city government’s pandemic prevention efforts, Deputy Mayor Huang Shan-shan pointed out that city workers have completed numerous disinfection operations. Hopefully with the blessing of Matsu, Taipei can still maintain a relatively safe environment in the midst of the pandemic, but citizens should still implement measures such as wearing face mask outside their home.