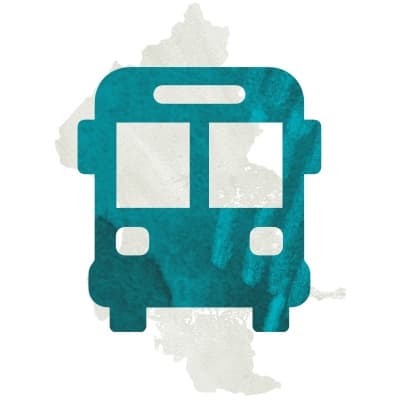 Currently, the second to the fourth floor of the Taipei Bus Station are platforms, and the first floor is the lobby for ticketing. B1 is the underground tunnel connected to the MRT street, and B2 is connected to Taipei City Mall, which makes it convenient for passengers transferring to the Red Line, the Green Line, the Blue Line, the Taiwan High Speed Rail, and the Taiwan Railways.

After getting on the bus, passengers can go on to the freeways without passing through too much of the downtown area, which significantly shortens the travel time. That’s why Taipei City Hall Bus Station has also become an important intercity transportation hub in the Eastern District of Taipei City.

It provides not only intercity transportation services for citizens, but also a convenient way for travelers to visit cities in northern Taiwan, including Yilan, Keelung, Taoyuan, Hsinchu and Miaoli etc.