Historic monuments and buildings can be seen everywhere on the campus of National Taiwan University. The overall campus planning follows a clear,east-west axial design. Royal Palms are planted along both sides of the Royal Palm Boulevard, and next to them are the azaleas. Camphor trees and dragon junipers are planted between two sides of the boulevard and the school buildings. While walking along Royal Palm Boulevard with the green shade of both sides arching the sunrise, one experiences a feeling of heading on a broad and open road to a bright future. It is a very special sunrise attraction in the City. Near the College of Agriculture, there are many aquatic plants, vegetables, fruits and vanilla gardens. Some interesting observations of ecological restoration can also be made in the experimental farm. The alleys near the campus are surrounded by mainstream bookstores and smaller independent bookstores, as well as the coffee culture, transforming the NTU neighborhood with a strong cultural element. 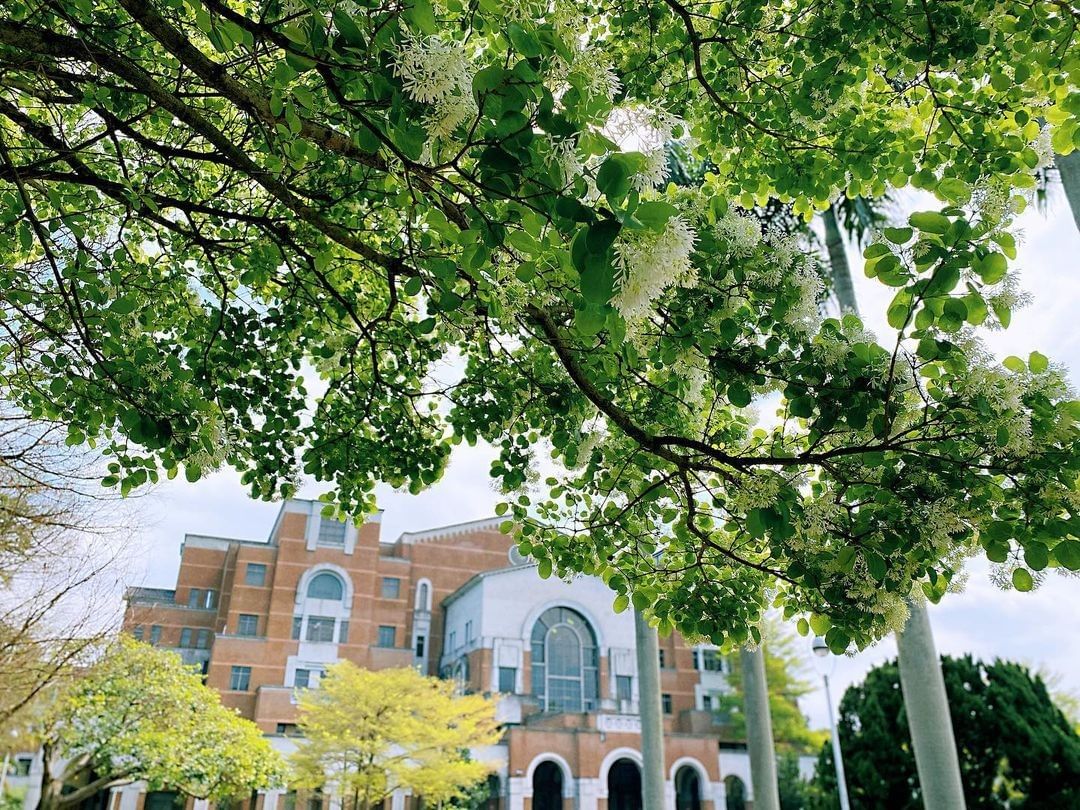 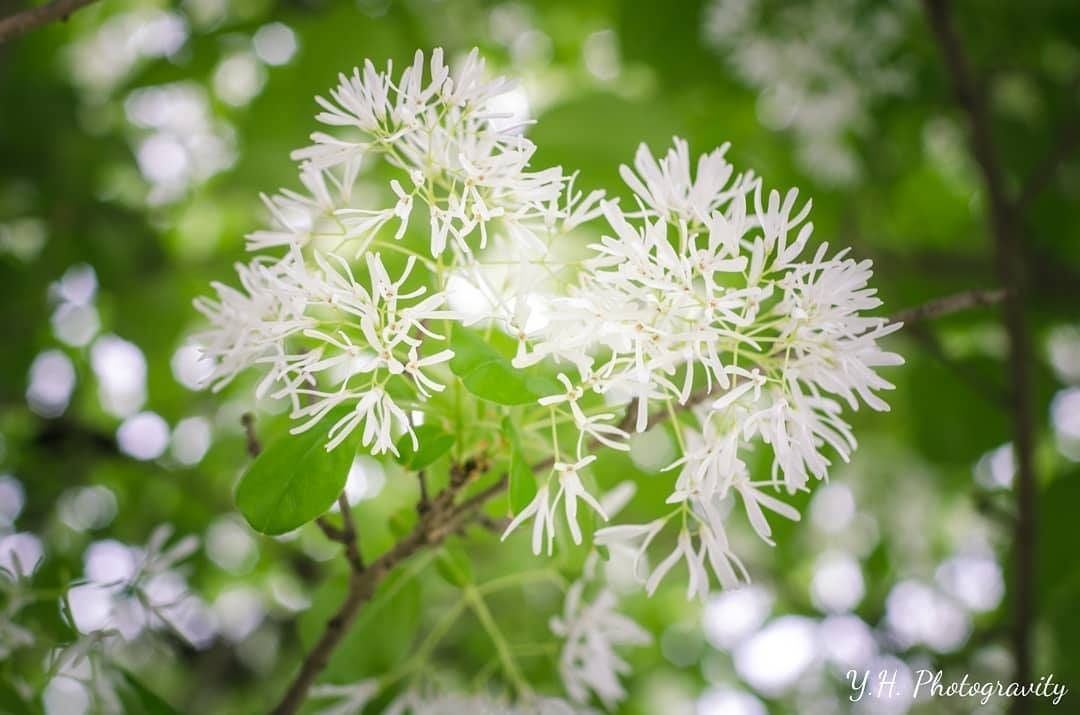 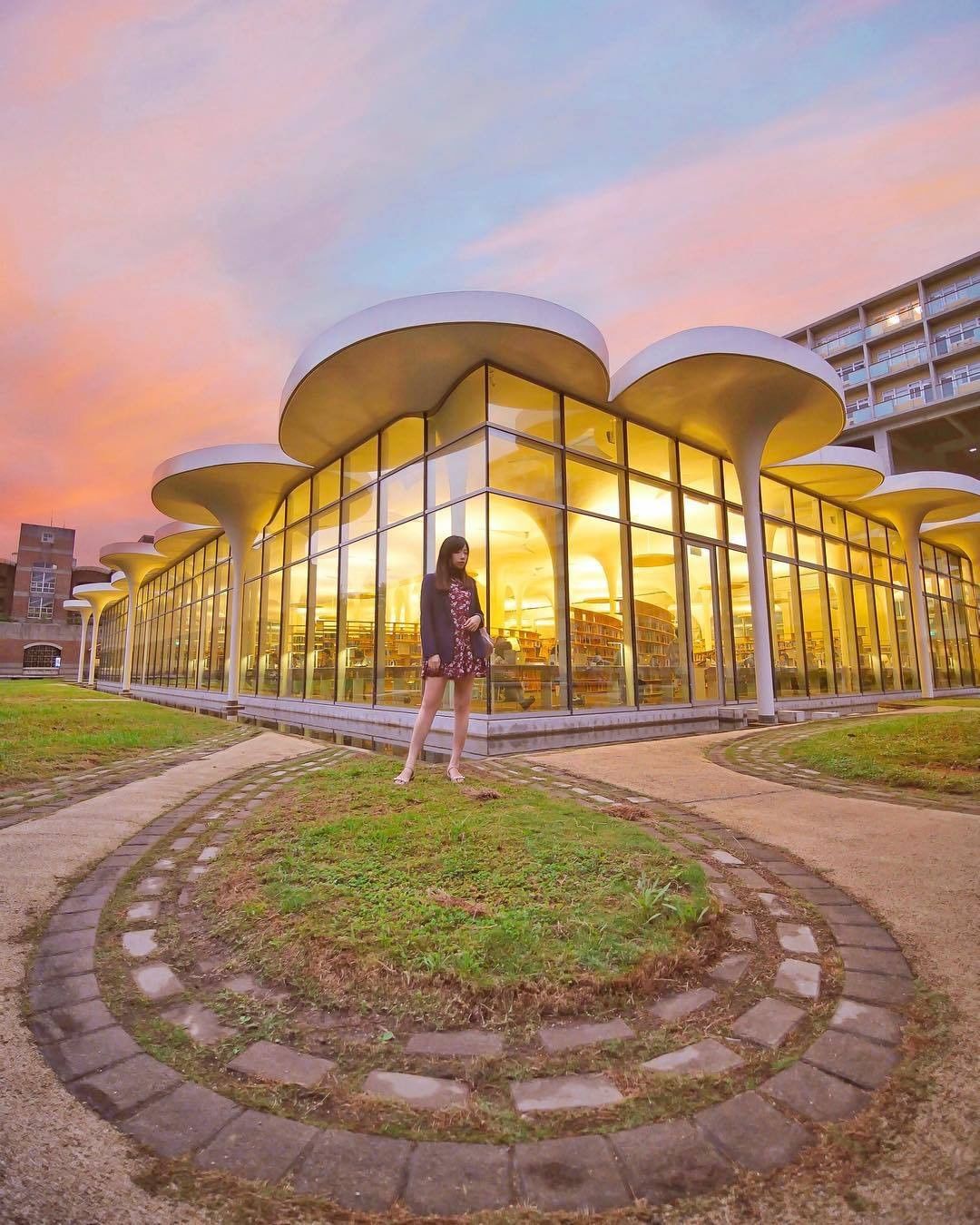 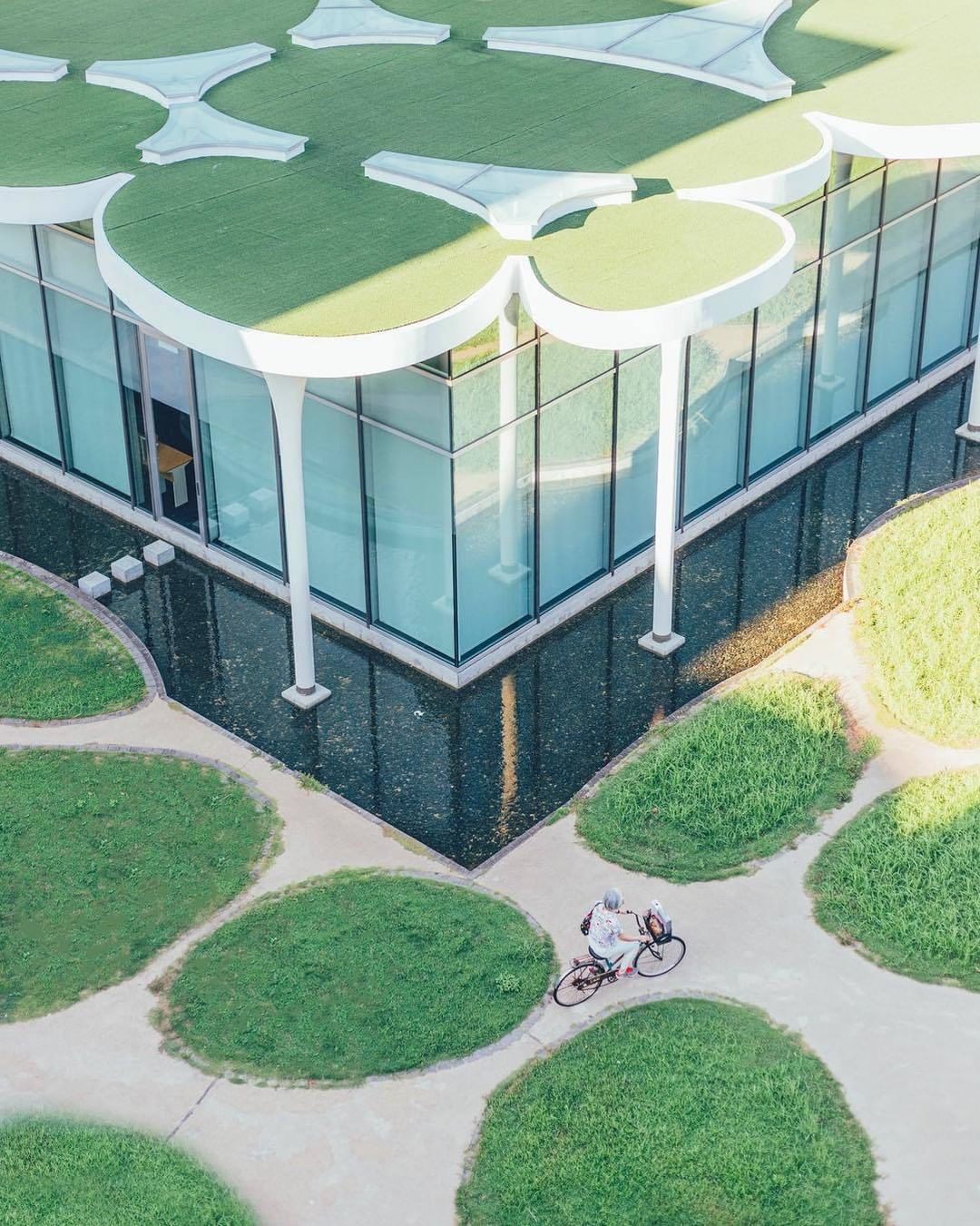