Taipei’s COOL Christmas has kicked off! Follow Mayor Ko’s footsteps to collect your own nutcracker bear! 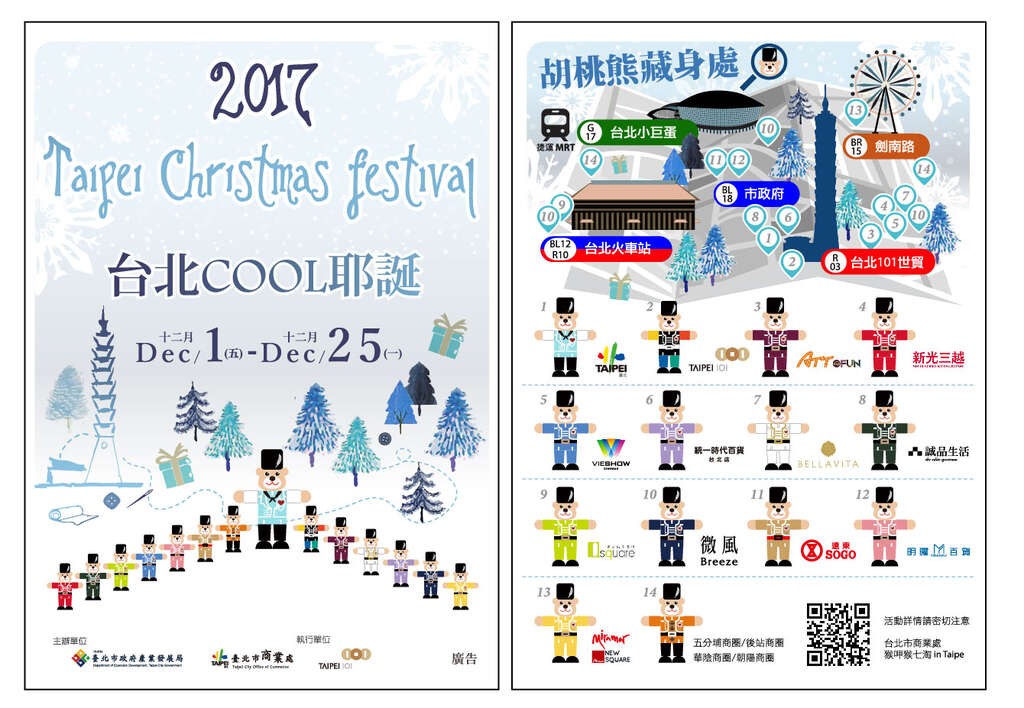 Taipei’s COOL Christmas has kicked off! Follow Mayor Ko’s footsteps to collect your own nutcracker bear!


Taipei City Mayor Ko Wen-je announced that this year, the City Government has partnered with 12 department stores and 4 shopping districts citywide in the COOL Christmas promotional campaign. Through the synergy and attracting effect between large and small shopping districts, the campaign hopes to bring more people to the participating areas and stores, enabling them to get to see and appreciate the charm of these places during the process of stamp collection and shopping, consequently enhancing the visibility of the shopping districts while stimulating the local economy.

As of today, the public may obtain the treasure map from the participating department stores and shops, as well as 10 tourist information centers, or download it from the Internet to print out. The map is also available in the smartphone APP version. By collecting 3 different stamps from any of the 82 participating stores (at least one of the stamps should be from a store in the participating shopping districts), along with the receipt or proof of purchase (single purchase of NTD300 or above at participating shops; NTD500 or above at participating department stores), shoppers will be able to redeem them during the specified period for a limited edition nutcracker bear for free!

Upon collecting 7 different nutcracker bears during the activity period, and together with 7 complete packages, shoppers will be further eligible for redeeming a secret edition of the nutcracker bear at the North Gate (by the elevators) on the first floor of the Taipei City Hall building as of 8:30 AM on December 29, 2017

For more information, please visit the official Chinese website of the activity: https://2017taipei-xmas.com.tw/ 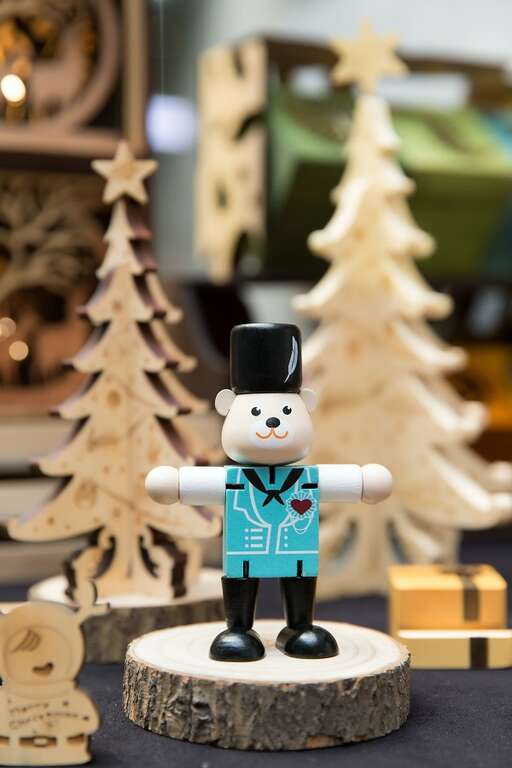