In light of the rising number of COVID-19 cases across the island, to minimize the possibility of exposure to residents, Mayor Ko Wen-je, Deputy Mayor Huang Shan-shan, and Environmental Protection Commissioner Liu Ming-long visited Wanhua District to inspect the progress of disinfection works in the evening of May 13.

After attending the briefing presented by the Department of Environmental Protection (DEP) on disinfection operation, the mayor remarked that typical filtrable virus disappears after a 24-hour period in dry environments. He stressed that the important thing after disinfection is to wait for 24 hours before reopening the area, allowing ample time for virus activity to reduce. A period of three days will be even better, because group events will increase the risk of spread. 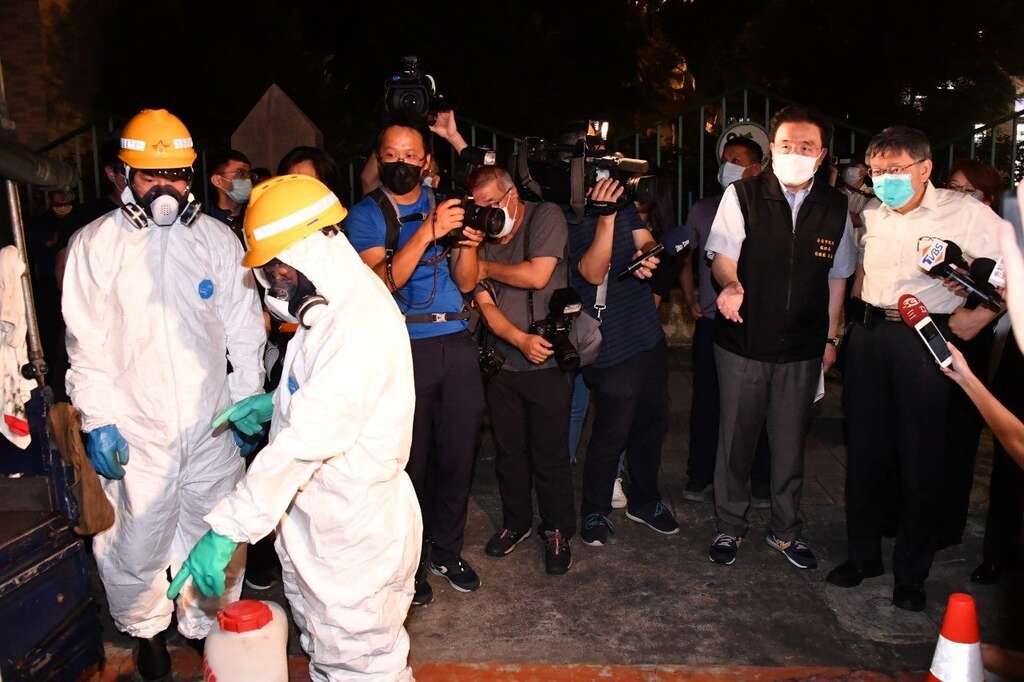 Ko also called upon the public to wear face masks to minimize the chance of contagion. If any individual shows symptoms such as fever, headache, and respiratory issues, he or she should visit the hospital to seek medical attention as soon as possible.

According to the mayor, the current pandemic prevention strategy will be different from the one before. The old approach assumes that there are no confirmed cases in Taiwan. The new approach assumes that there are people in the environment who has contracted the virus. If it cannot be contained, the virus will eventually spread out of control – like the case in India. Therefore, the current approach is to stall further spread for three days, and the authority can evaluate the situation after this period to decide upon the next step.

Commissioner Liu reported on the progress of disinfection efforts in Wanhua District and other administrative districts across the city. Regarding the confirmed cases in Wanhua District, he remarked that DEP has completed the cleaning and disinfection for northern, central, and southern Wanhua District. These include sites such as Red House, MRT Ximen Station, Bangka Park, Longshan Temple, Wanhua Railway Station, Youth Park and Huanan Market.