The 2020 Taipei Marathon kicked off in the morning of December 20. Mayor Ko Wen-je sounded the starting pistol as roughly 28,000 moved forth from the starting line amidst low temperature and a light drizzle. 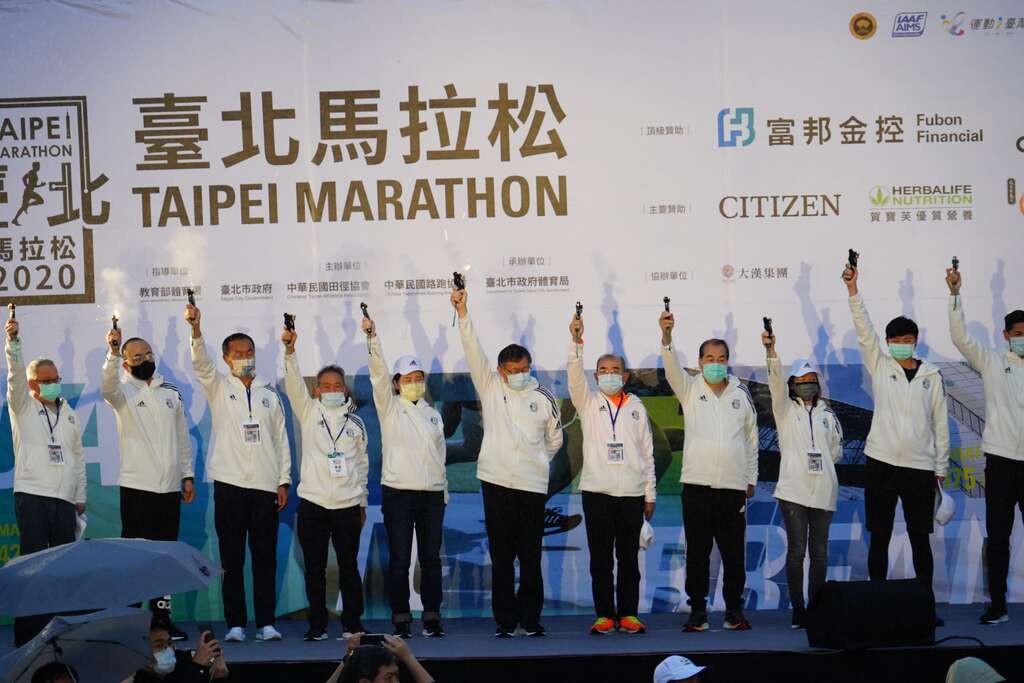 During his opening address, the mayor remarked that the city began organizing the Taipei Marathon back in 1986. After all these years, the event has become an important component of the “Taipei City” brand, exhibiting major influence when it comes to marketing the city and promoting local tourism.

Furthermore, to acquire international certification for the Taipei Marathon, the organizers invited foreign runners from 60 countries to participate in the 2018 edition of the race, resulting in 3,692 attendees from abroad that year. The mayor added that the Taipei Marathon is the first urban marathon on the island to acquire certification from the World Athletics; and the course of the race has also been certified by the Association of International Marathons and Distance Races as well. He stressed that the next step for Taipei Marathon is to obtain the Platinum Label Road Race Certification. 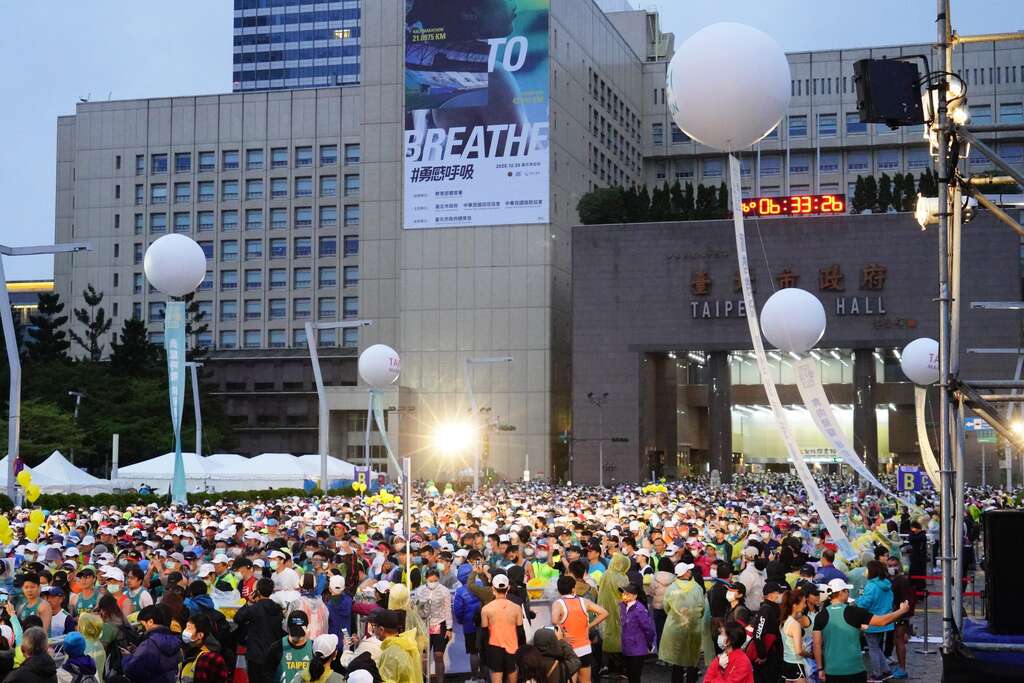 Regarding the turnout in 2020, Ko pointed out that in the interest of maintaining the quality of the race, the maximum number of participants remains capped at 28,000. This means that the runners were determined by lottery from the pool of 37,000 applicants. Also, the city government invited 12 international runners to take part in this year’s Taipei Marathon. These athletes arrived in Taipei roughly half-a-month ago to satisfy all quarantine requirements before the race.

Ko noted that the slogan of this year’s marathon is “Dare to Breathe”, since the event is probably the largest distance racing event to take place in the world after the outbreak of COVID-19. He took the opportunity to express his thanks to pandemic prevention personnel for their effort. He also reminded the audience to wear their face mask and wash their hands to help keep the island safe.