The unveiling ceremony of the restored bronze bust of William Burton took place at the Taipei Water Museum on March 30. The date of the ceremony coincides with the date of the inauguration of the original sculpture back in 1919. 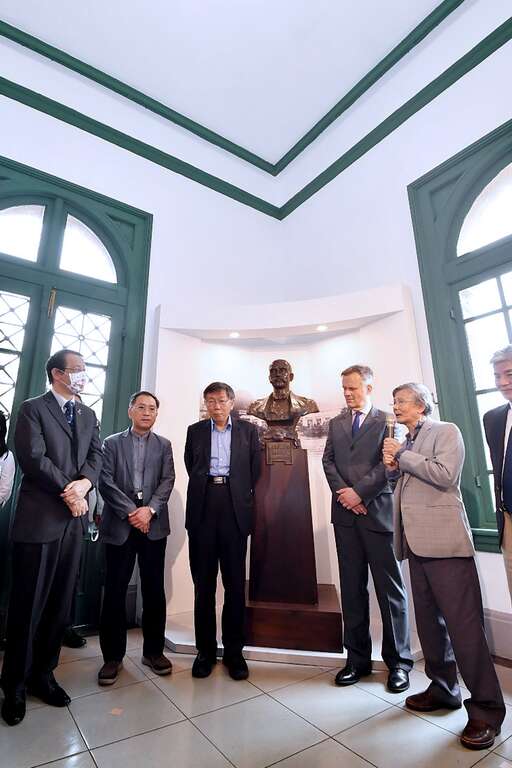 The ceremony was also livestreamed to viewers at the second event venue in Japan.

Taipei Water Department pointed out that Burton is an engineer whose works had a tremendous impact upon the development of water systems in both Japan and Taiwan. For the ceremony in Taipei, the Japan Association of Drainage and Environment (JADE) also donated two commemorative chairs and a fern pine to Taipei Water Park.