Dressed in the uniform of Ghostbusters, Mayor Ko Wen-je appeared at the venue of the Tianmu Halloween Festival on October 30. The event is co-organized by Taipei City Office of Commerce (TCOOC) and Tianmu Marketplace Development Association. 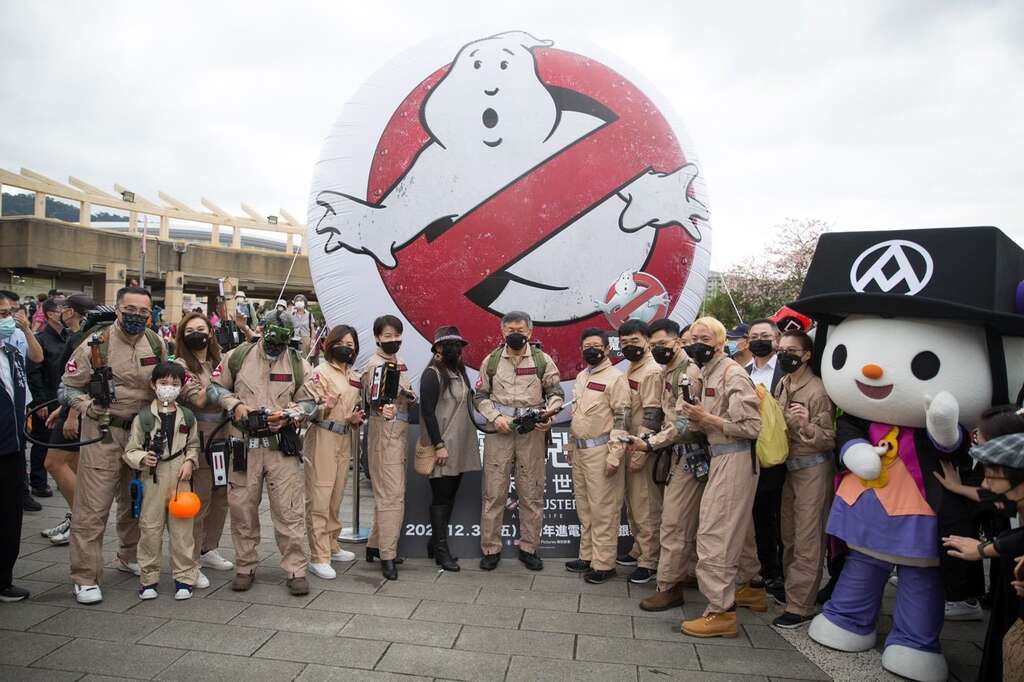 Joining the trick-or-treating ghosts and monsters for the festivity, the mayor remarked that due to a large presence of US soldiers and their families in earlier periods, Tianmu boasts a western culture-oriented atmosphere. To assist the development of the local commercial district, the city government has implemented policies such as improving local traffic, revitalizing public-owned facilities, and marketing the district through events highlighting its international culture.

In recent years, efforts have focused on designing daytrips for entire families and renovating public spaces such as the Tianmu Sports Park and Tianmu Park. The annual Tianmu Halloween Festival, now in its 13th year, has successfully attracted families with young kids to the neighborhood, helping the local community establish a well-know “brand” touting the unique characteristics of Tianmu. He promised that the city government will introduce an event next year combining Tianmu and beer.

Chairperson Tang of the Tianmu Marketplace Development Association pointed out that the organization has been working with city government to organize the Halloween event since 2013. Due to pandemic prevention measures, visitors this year need to comply with measures such as contact-tracing registration, temperature-taking, and disinfection at the gate. However, kids nonetheless had a fun time with the trick-or-treat event and the free pumpkin basket souvenir.

In addition, popular Japanese kids show such as Masked Rider series and Ultraman series also held events for kids to meet their beloved heroes. There is also a special ‘haunted’ boulevard based on the upcoming Ghostbusters movie.