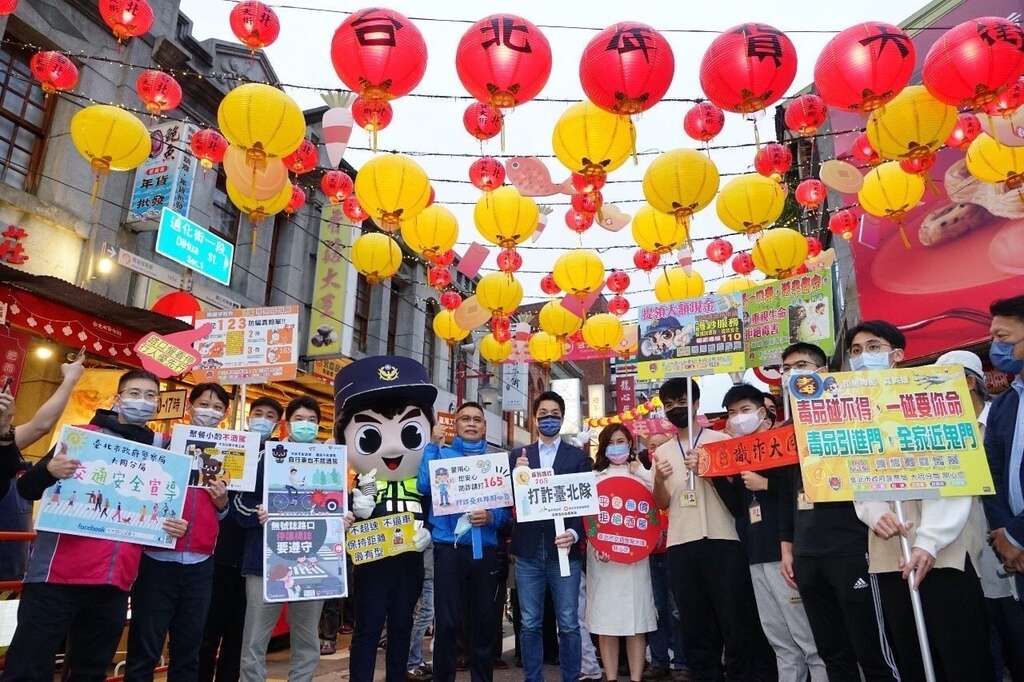 At the venue of the CNY Street Bazaar, the mayor stopped by the Fun and Creative Lantern Display Zone and Lucky Red Envelope Wall, as well as offering his prayers at the renowned Xiahai City Gods Temple. He also joined Dihua Commercial District Development Association Chairman Hsu Ching-chi and other guests in making Chinese New Year dishes. As he worked on his cuisine, the mayor remarked that he is good at making pearl meatballs, but whether his handmade treat is delicious or not is another question.

During his address, Chiang declared to the audience the return of Taipei’s beloved CNY Street Bazaar. He noted that in the shadow of the pandemic, the past three years have been challenging for store owners. Everyone is looking forward to this day, seen from the large crowds hunting for bargains at the shops and stalls. He believes the public is ready to move forward towards a brighter future.

He highlighted three major points of attraction at this year’s CNY Street Bazaar: First, there’s a huge inflatable rabbit balloon greeting visitors. The gigantic work promises to attract a lot of photo enthusiasts. Second, Taipei’s bazaar is the first in the nation to accept cashless transactions. Visitors can allocate more time into exploring the booths instead of fishing out coins for purchases. Finally, there are bonus giveaways for those who shop at the district placed in red envelopes. The sight of an entire wall decorated with rows and rows of red envelopes is rather impressive.