The167-meter long Rainbow Bridge lies across the Keelung River, connecting Xinming Road in the Neihu District and Raohe Street in the Songshan District. Suspended at the center by four steel cables, the uniquely S-shaped, red-painted bridge has an arch structure reinforced with steel ribs, complete with wooden railings. Generously paved with pink and pale blue tiles, the bridge is a modern landmark and also a public facility that can only be accessed by foot and by bicycle. People are often seen strolling on the bridge, which is a shortcut between Neihu and the Raohe Night Market and Songshan Railway Station, drastically saving travel time for those living in the Songshan and Neihu Districts. The Rainbow Bridge attracts many amateur photographers at night, when its illumination adds much to the beauty of the city’s nightscape. Meanwhile, the Blue Highway’s terminal wharf established here also helps to draw crowds to the bridge, making it an emerging, popular tourist destination for those visiting Taipei. 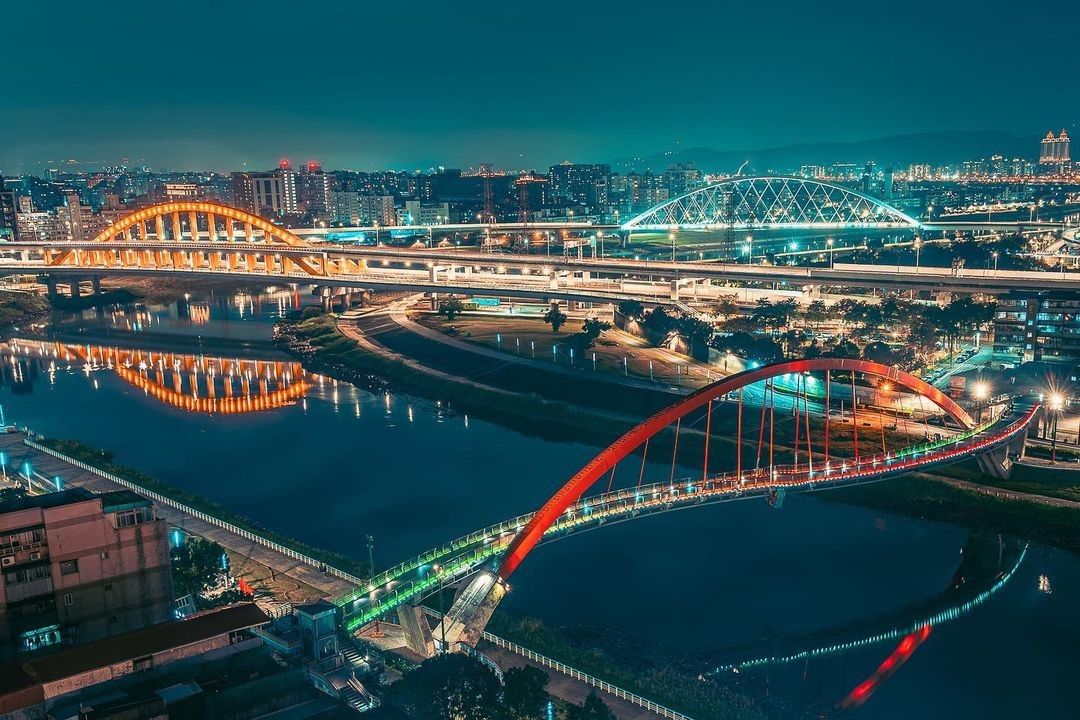