Shilin, a family paradise of edutainment

Taipei City’s Shilin District are home to the Taipei Children's Amusement Park, National Taiwan Science Education Center, Taipei Astronomical Museum, Shilin Main Presidential Residence, National Palace Museum, and even Yangmingshan National Park. These places can be seamlessly connected into your itinerary for a cultural, ecological, historical and recreational route suitable for a family outing. As you step out from MRT Shilin Station, there are signs that would direct you towards Shilin Station’s nearby attractions, as well as transfer information, enabling tourists for a pleasant trip in this family paradise.
1st Stop: Taipei Children's Amusement Park

From MRT Shilin Station, take Children's Amusement Park shuttle bus No. 1 to Children's Amusement Park. The bubbling expectations can already be felt as one hops onto the bus. When the rides appear in front of the visitors’ eyes, the entire bus shrills in joy. Lauded as the treasure box of happiness, the Children's Amusement Park are a surefire way to get children to open up and embrace all that childhood has to offer. The accompanying adults would also find the joyful atmosphere in this little enclosed park very infectious. Though the old children's amusement park no longer exists, and it is quite sad that we may forget the merry-go-round as time goes by, we could still revisit those moments in this new park. 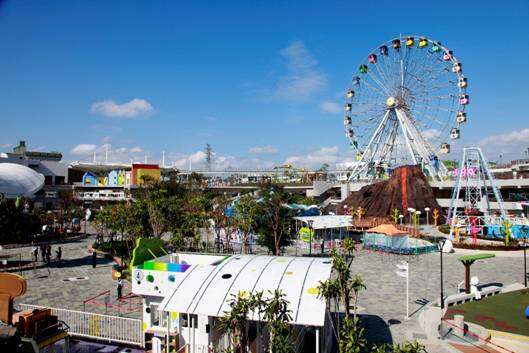 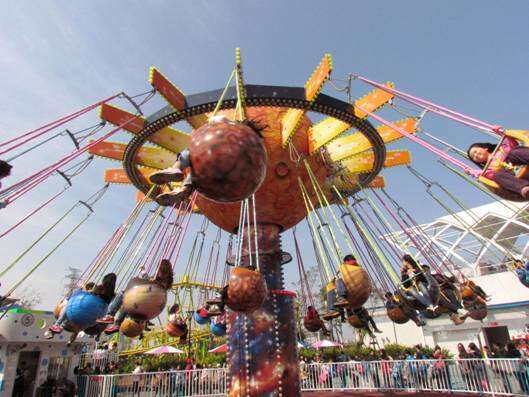 Taiwan Science Education Center, Astronomical Museum and Meilun Science Park are near the Children's Amusement Park, adding a touch of intellectual depth to this land of happiness. 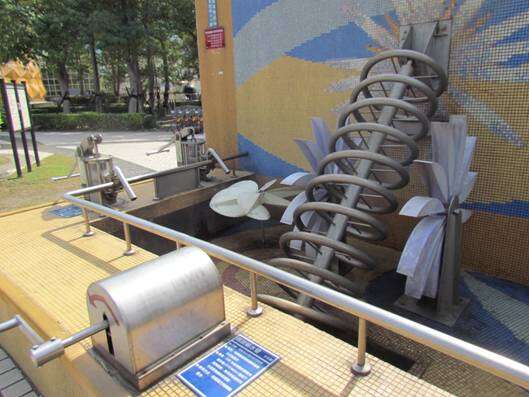 Meilun Science Park
2nd Stop: Shilin Night Market
Bright lights, moving crowds and shouts from shop vendors make this market a bustling and dazzling experience. Visitors are seldom disappointed at Shilin Night Market. Indulgence has a new name here as you sample different delicacies, try your luck at dart games, and show off your skills at the game arcades to bring home stuffed toys. You can also enjoy a leg massage after the shopping spree. 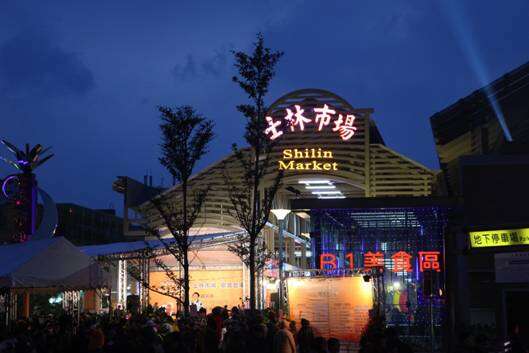 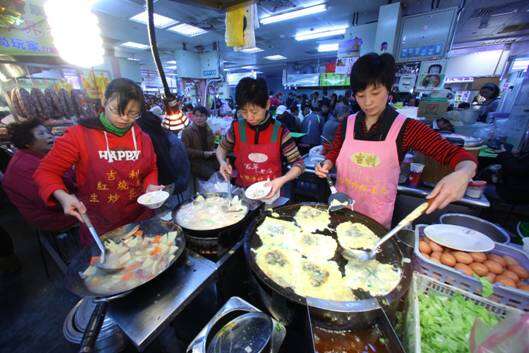 Early next morning, arrive at MRT Shilin Station again, and take a bus to National Palace Museum which is located at Waishuang Creek. NPM is a must-visit attraction for foreigners; fewer Taipei residents visit the Museum during the holidays. In fact, as one advances in age, one learns to value this Chinese cultural roots. Five thousand years of Chinese history is encapsulated in this palace of more than 19 hectares, retelling the stories of ancient times vividly. History can be learned through this approach more effectively than conventional textbook teaching. 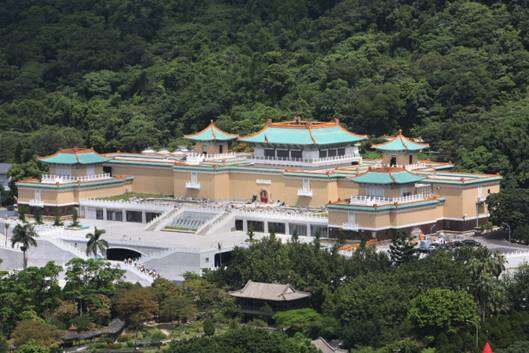 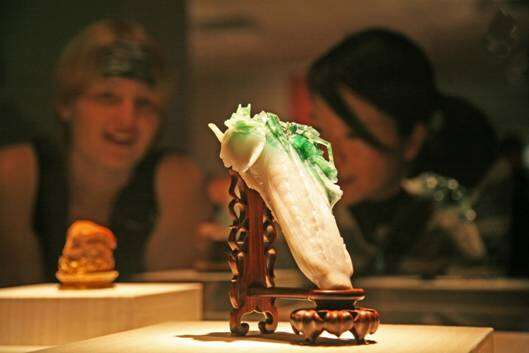 Unlike the majestic National Palace Museum, the Shilin Presidential Residence is comparatively smaller and more exquisite. This is the place where Mr. Chiang Kai-Shek and Madam Soong May-ling spent their last years, and where Mr. Chiang Kai-Shek passed away. In the past, the heavily guarded presidential residence was only used for hosting foreign representatives. With Taiwan's democratization, the Residence is now open to the public as a recreational place. More than 3000 roses are grown in the presidential residence’s rose garden, and the place is extremely colorful when the flowers are in bloom. 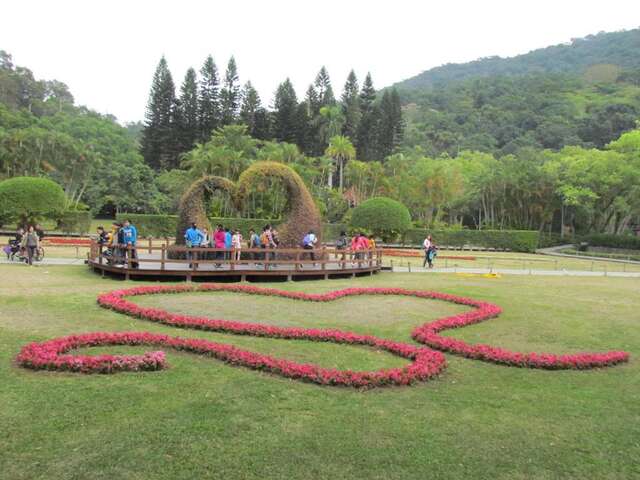 From Shilin Main Presidential Residence, you can rent a YouBike and head north along Yunong Road; you will reach Zhishan Park at the end of the road. This small hill located behind Yang Ming Hospital, distinctively outlines the history of Taipei. Not only has it witnessed the formation and disappearance of the Taipei Lake six million years ago, it is also the first place in Taipei where prehistoric sites are found. Walking along the boardwalk, besides seeing remains of marine organisms and shellfish fossils at various places, one can also see relics from different cultural landscapes.
As you walk up the stone steps from the main entrance arch of “Zhishanyan Huiji Temple”, tracing the steps of the Han Chinese who settled here during the Qing Dynasty, you can see the west frontier pass used for warding off invasion, and the tombs of ancestors who gave up their lives during the Lin Shuang-Wen incident and Zhang Quang fights. The Temple bears witness to their bravery a hundred years ago.
Also, Zhishan Park has preserved quite complete remains of the Japanese occupation, such as the 120-steps at the Park’s main entrance that leads to Zhishanyan shrine from the olden days. “Monument of the teaching staff” and “Tomb of the six teachers” mark the history where the Japanese government promoted Japanese education to assimilate the Han settlers during the Japanese occupation. 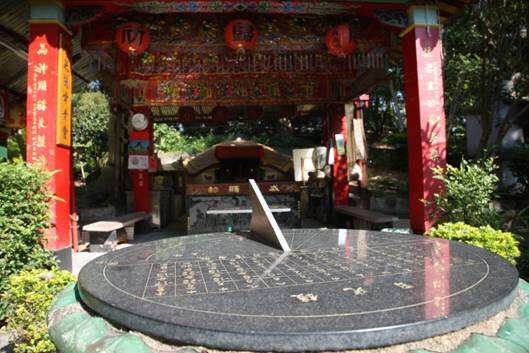 Cycle back to the Rain Bridge from Zhishan Park and make a sharp right turn onto Shuangxi Riverside bike path. Riding along the green riverside park accompanied by the evening sun would relax you and put you in a find mood. You can continue the ride to Shilin Bridge and onto the slip road back to the bustling Wenlin Road, and return to the bustling modern metropolis from the journey down the memory lane. The sharp contrasts can actually be an Instagram moment for you to chronicle your adventure. 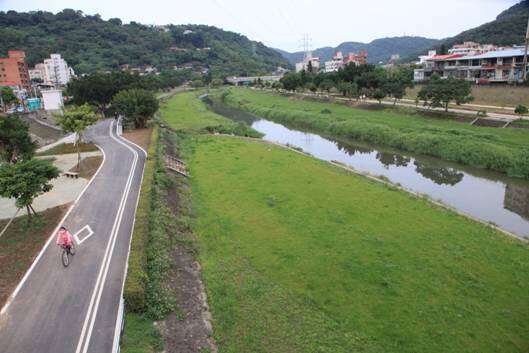