In line with new pandemic prevention regulations published by Taiwan Centers for Disease Control (CDC) taking effect on December 1, the Taipei Rapid Transit Corporation (TRTC) announced that individuals entering the following venues operated by the company will be required to wear face mask at all times. 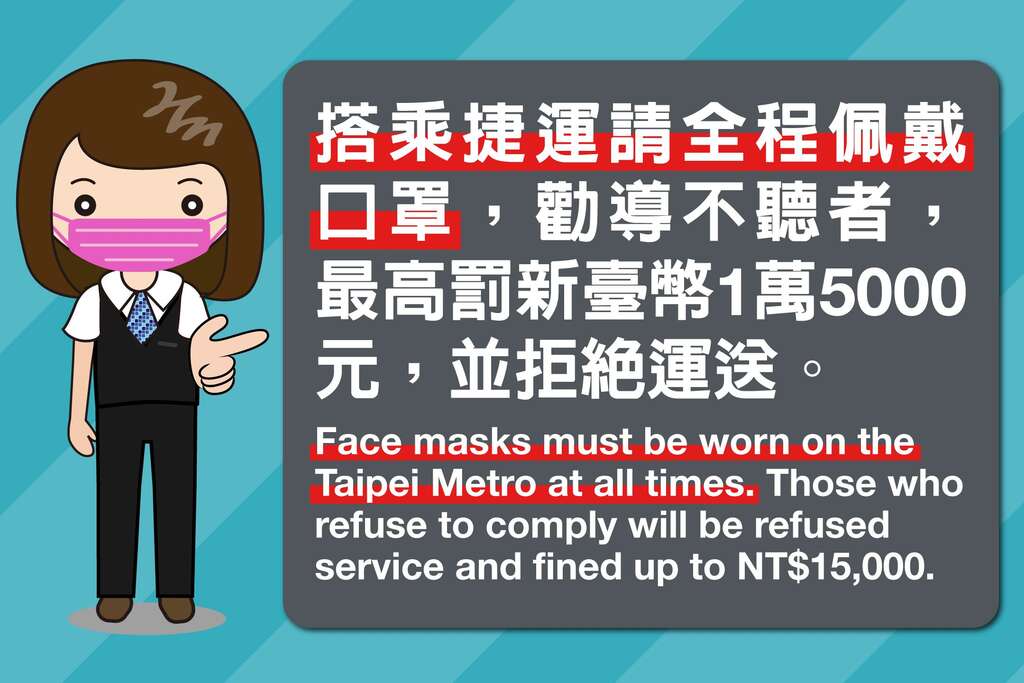 According to TRTC, station staff has been instructed to remind passengers entering lobby areas without face mask to put them on in compliance with regulations. Passengers with need to eat or drink outside of the restricted area can do so while temporarily removing his or her face mask, provided they either 1) retain social distancing, or 2) find an area with appropriate partition. Those displaying symptoms such as fever or cough should avoid taking public transportation and visit the doctor ASAP. TRTC will refuse service to individuals with body temperature exceeding 38C.

As a reminder, visitors wishing to access venues such as Taipei Arena, Taipei Arena Skating Rink, and gym facilities inside Beitou Resort will need to bring either their ID card or myCode to fulfill the requirements of real name-based registration and entry control. 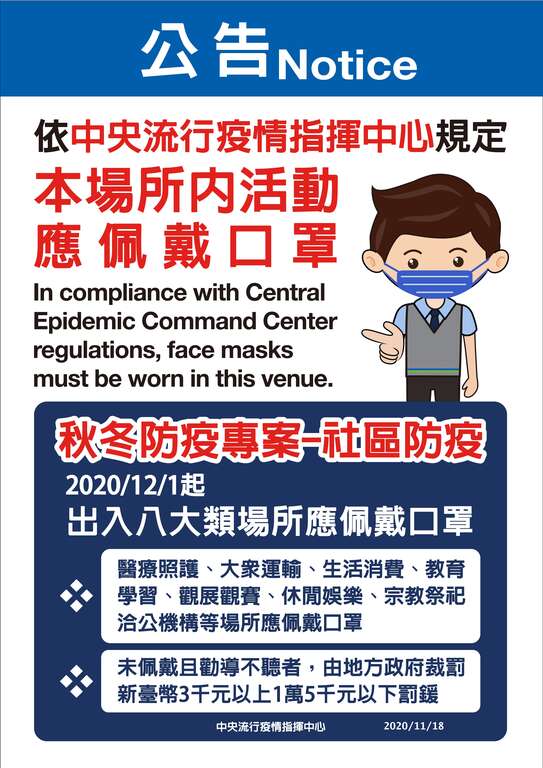