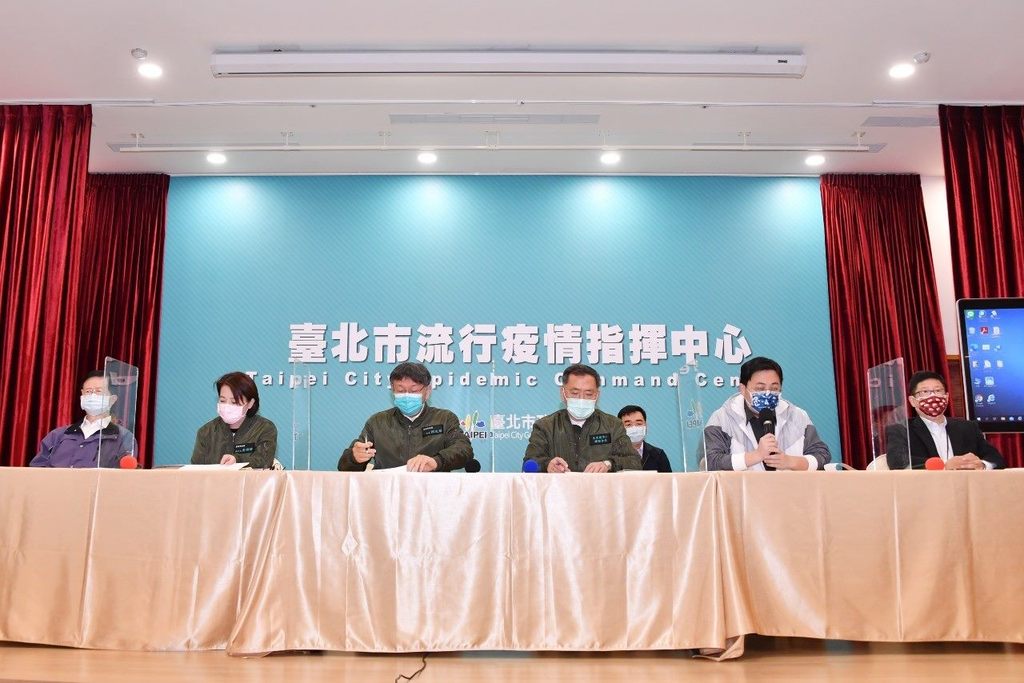 Citing the confirmed hospital COVID cluster in Taoyuan, Ko explained that the alarming spread of the virus among medical personnel and their family members have placed the nation on high alert for the immediate future. The next few days will be important since we will know whether the situation will escalate into a community spread or not.

The Minister of Health and Welfare Chen Shih-chung strongly suggests that major events should be canceled, and the mayor stressed that we should trust in the judgement of experts. Also, he pointed out that Taipei Lantern Festival and the New Year’s Eve Countdown Party are completely different nature – one is a short-term event lasting only a few hours at a plaza while the other one has a duration of 10 days and takes place across half of Wanhua District. As for the length of postponement, the mayor replied that everything will depend on how long it takes for the current crisis to subside.

Information and Tourism Commissioner Liu Yi-ting pointed out that the majority of the Taipei Lantern Festival “floats” – including those at the main display area, student works area, and temple areas – are close to completion. Therefore, postponement is an appropriate strategy in the hopes that the finished products can be presented to the public at another opportunity.

Commissioner Lin Chung-chieh of the Department of Economic Development noted that the brick-and-mortar portion of the Chinese New Year Street Bazaar, slated to take place from January 28 through February 10, will be cancelled immediately. However, the street bazaar-related sales campaign on the internet will continue, as well as upcoming online events such as collection of “prosperity money” via EasyCard and raffle.